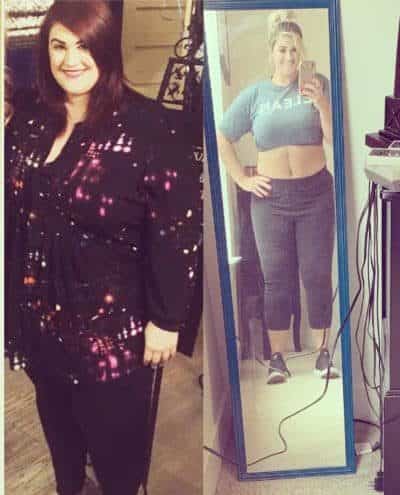 Today Recovery Unplugged celebrates Women’s Equality Day, a day that honors the ratification of the 19th Amendment, which gave women the right to vote. On the 100th anniversary of the amendment’s realization, we honor the unparalleled strength, courage and perseverance of the women who made it possible, as well as those who continue to push against existing inequities that endure a literal century later. Today also happens to be the eve of the two-year anniversary of our Southwest Outreach Director, Lindsay Green, a woman who exemplifies strength, courage and perseverance in her recovery, her work with our clients and her everyday life.

Since joining the Recovery Unplugged family, Lindsay has used her own unique experiences to guide people toward lifesaving treatment, while living her own best sober life. She brings a clarity, emotional maturity and sense of focus to her work with our clients that can’t be replicated, and we can think of no more fitting story to tell today than hers.

The Need for More

Unlike many who are in and out of a dozen rehabs before they’re old enough to rent a car, Lindsay entered her first treatment center in her late 20’s. She claims, however, that the writing was on the wall way before that: “Even before any substances were tried, I remember, from a young age, being a people pleaser. I know some people say that when they drink, they feel like they found their sense of place; I didn’t have that and it kept me out of a program for a long time, because I kept thinking ‘Obviously I’m not an alcoholic, if I don’t feel this.’ But I also always needed more of everything, even ibuprofen.”

The general need for “more of everything” became glaringly apparent when Lindsay’s doctor gave her Lortab for a sprained ankle, and it was an enduring through-line in her active prescription abuse: “It’s just the way my brain always worked. I needed these to work, so I took a higher dose.” This mentality was reinforced by growing up in an environment where she says a pill was the answer to everything: “Even now I have to retrain my brain sometimes and say ‘sometimes that’s just life and you have to deal with it. You don’t need a pill for everything.’” It wasn’t until waging her years-long battle with addiction, however, that Lindsay was able to gain this sense of perspective in recovery.

Lindsay didn’t start using drugs addictively until she was nearing her 20’s. She had been working in the restaurant industry since she was 15 and became absorbed in a culture where substance use was about as common as using the restroom. “Pretty much every drug I ever tried was in a restaurant. I got a lot of drugs from the cooks in the kitchen…and my co-workers were really supportive if I needed a day off because I was hung over, because they were doing it, too.” Her first experience with dependency came when her roommate would give her Adderall® for doing her favors: “I found myself going in her room when she wasn’t home and trying to just take one, but not being able to.”

Lindsay eventually learned that she could get Adderall for weight loss and started working the system for it, as well as Xanax® and eventually painkillers. After years of taking multiple 30-milligram pills per day, she saw the potential for a long-term painkiller pipeline when she was diagnosed with kidney stones: “They told me I had like 30 kidney stones, even though only one was passing at a time. But it registered immediately that this was going to happen again. And I saw it as an opportunity to fake these and always have pills.” Lindsay would go to the hospital and fake a passing kidney stone by pricking her finger and putting some blood in her urine sample. When the doctors saw she had actual kidney stones, they wouldn’t think twice about shooting her up with Dilaudid® and sending her home with a script. “I had never had anything as strong as Dilaudid, then once I started roxy, I wanted it every day.”

Eventually Lindsay moved to Tulsa, where she was actively trying to nurse a $150-a-day roxy habit. At that point, her dealer was frequently trying to get her to shoot heroin, which she resisted even during her most vulnerable periods of dependency: “There was a time when I couldn’t find any drugs and I was literally thinking about letting him shoot me up. Something told me to call my friend and he told me ‘If you do that, I will drive my car through your f$#@king house!’ That snapped me into the reality of what I was saying, and I told the dealer not to come over.” This was the moment when Lindsay finally realized that she needed help.

Family Is Where You Find It

The morning after her call to her friend, Lindsay went into her boss’ office and told him she needed to go into treatment. She credits him and her co-workers with giving her the care and support she needed during this point in her addiction: “I know that it was a God thing that I was taken care of by such wonderful people. Anyone else would have fired me. There was one day when I was so high, I literally dropped queso twice in the exact same spot,” she quips. She sat down and told her boss what he already knew: that she was addicted to pills, couldn’t work and needed help.

That same morning, on one of the busiest days for one of the busiest locations in the company, Lindsay’s manager called someone else to work the floor and got on the phone with treatment centers trying to get her into a program. For as much “good luck” as Lindsay had getting drugs from the medical monolith, she had an incredibly tough time getting help: “Finally, someone told me that if I go to the hospital and tell them I was suicidal, they would have to keep me and have to detox me, and then I could get help. So that’s what I did.” Her manager drove her to the hospital and stayed with her throughout the intake process. During her stay, she was regularly visited by friends, none of whom knew how bad her problem was.

The Hard Road Back

When she was cleared to leave the hospital, Lindsay went to detox and a 30-day treatment center. She relapsed once because she still didn’t think that drinking was an issue: “I wasn’t willing to agree with people that drinking alcohol would lead me back to pills. When I left treatment, I convinced my mom that drinking was OK, too. We had celebration margaritas when I got home.” Eventually, however, drinking did lead to more pills, causing Lindsay to suffer a near-fatal overdose. She then landed in a psychiatric hospital, an experience that she says was the worst memory of her life: “Any time I’ve ever thought about drinking or doing drugs, I thought about that place and that kept me sober until I actually worked a program and was able to be of service to others.”

After ten days in what she describes as a nightmare, Lindsay’s parents weren’t ready to let her move back in, so she stayed with friends. She was still having trouble just sitting with herself in sobriety. She credits divine intervention with what happened next: “I was still drinking, and I realized this was just awful and I didn’t want to do this anymore. My friend and her mom told me I was worth so much more than this. I heard about Oxford House and really didn’t hear too many positive things about them, but I know now that it was God telling me to go. I made a deal with myself and God saying that if there was one in Owasso, I would go. I Googled it and there was one that had just opened the previous week.” Shortly after Lindsay completed treatment, her facility closed and has not reopened since. After that, she began working for the organization, found her recovery family and eventually joined our family at Recovery Unplugged.

A Rewarding Life in Recovery

Lindsay has learned what it means to build a rich life in recovery where control extends beyond just not using every day. She had weight loss surgery four years ago, and discusses the profound role that this decision, combined with recovery, has played in her building her best life: “Sobriety has given me so many gifts beyond just being clean. I host game nights with my friends, I’m building my house, I’ve gotten my credit back on track and I’ve learned to have fun and be comfortable in recovery.”

As far as her weight loss journey is concerned, Lindsay is just as open to sharing her experiences to empower others in that realm as she is in the recovery space: “For years I had to pretend I didn’t like doing things that I wanted to do because I was uncomfortable. I hadn’t worn a swimsuit in public for years and I had to pretend that I didn’t like floating on the river. Now I have the gift of standing in my truth to give people the power so they can do it, too.”

Since getting sober over six years ago, Lindsay has obsessively committed herself to the pursuit of helping others find treatment and recovery, no matter what it takes: “I have to remember that not everyone had the same experiences that I did.” Despite this perspective, she is quick to remind people that, in moments of active addiction, it might be a good idea to let others help with the decision making.

Lindsay never misses an opportunity to tell clients who are “on the fence” about treatment to trust the process while loving themselves, and brings to bear a combination of passion, intuition, experience and familiarity in all of her interactions with them and their loved ones. Such commitment and dedication would not be possible or authentic if she didn’t believe it herself: “If I didn’t build a life that is more fun than getting high, then why would I stay sober? My life is fun. I can go anywhere a free person can go because I’m spiritually fit to be there.”