The Lasting Scars of Self-Harm 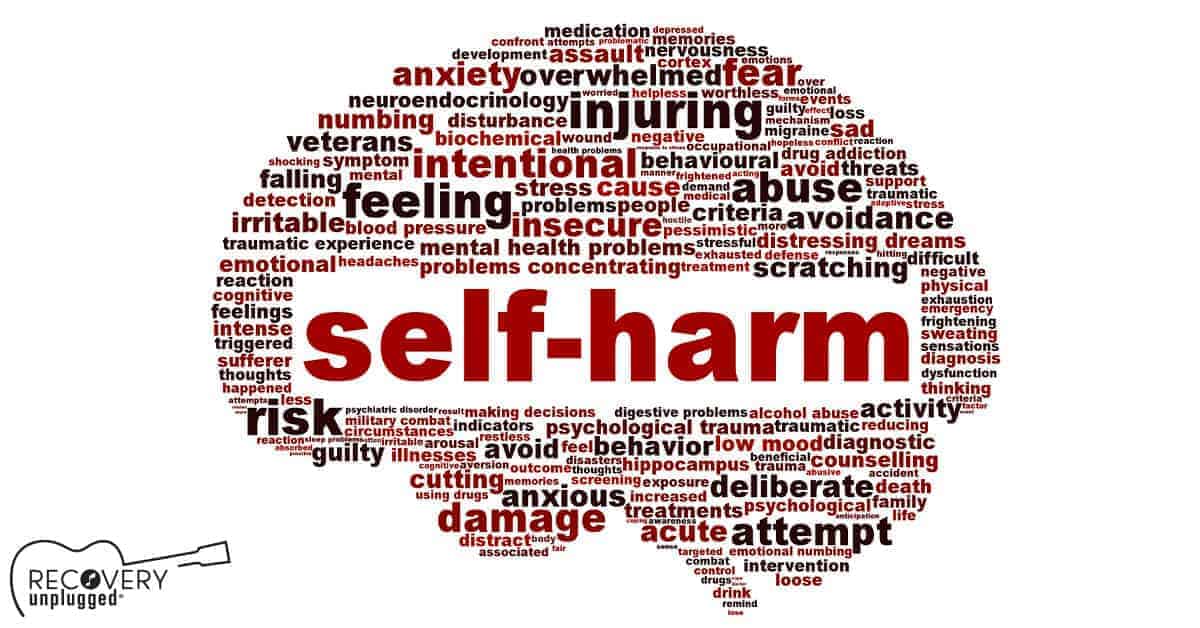 The Lasting Scars of Self-Harm

Warning: The content in this article discusses distressing themes including self-harm and suicide, which some may find triggering. If you’re struggling or need support, call 1-800-273-TALK or dial 988 for the National Suicide Prevention Lifeline.

What does a self-harmer look like? For years, we’ve associated self-harm with harmful stereotypes, as if self-injury is an issue limited to those seeking attention for the wrong reasons. However, these stereotypes perpetuate harmful ideas about self-injury that downplay the serious and lasting scars of self-harm on every victim.

In order to shed light on the scope of self-harm, I decided to open the floor to members of our staff. Employees of different backgrounds from across the country volunteered to share their stories and struggles, more than I initially expected. On a personal level, it was sobering to realize that so many of my colleagues had experienced many of the same struggles I had.

The stories shared with me solidified the reality that self-harm can impact anybody regardless of age, race, socioeconomic status, or location. Although self-harm and self-injury mean different things to different people, it always reflects a cry for help and deep-seated unhappiness.

What Exactly is Self-Harm?

Although self-harm can be defined as deliberate injury to self, this can manifest in a number of different ways. For some people, self-harm is cutting or burning themselves. For others, self-harm can be anything from picking at scabs to allowing yourself to be abused in a toxic relationship.

Self-harm is so much more than cutting. Whenever you purposefully put yourself in unhealthy physical, mental, and emotional situations with the intention of getting hurt, you’re self-harming.

Often self-harm reflects the inner mental abuse that someone subjects themselves to. More than anything, risky behavior and self-injury stems from self-hate and a desire for escape. Hitting, beating, or cutting yourself is often a physical expression of the way you’ve torn yourself apart in your head.

For those like Erin Furlong, self-harm manifested as picking her fingernails until she bled in order to distract herself from feeling. “Physical pain was a release,” she told me. I understood all too well what she meant.

“For me, self-harm was cutting myself, burning, injuring myself to escape and draw attention,” Joshua Sprung told me during our interview. He had initially begun cutting himself hoping to get the attention he desperately needed. “I wanted someone to notice.”

However, in many cases, self-harm is most commonly used as an expression of control. For many struggling with self-harm, being able to choose when and where you feel physical pain can soothe the need to feel in control of something. This held true for Bretney McWhorter, who would rip her toenails off, and once even branded herself in times of stress.

The reasoning behind self-harm is as diverse as the people who perform it. Sometimes it stems from early trauma that has impacted someone’s ability to express themselves. Other times it can begin as morbid curiosity that evolves into an unhealthy obsession with control or attention.

In Erin’s case, it all began with a suicide attempt. After experiencing the emotional release that came with self-injury, it spiralled for years before being addressed.

Bretney struggled with the belief that others would only love her if she was perfect, and began punishing herself for not reaching unrealistic expectations. “It felt good,” she told me, her voice tinged with shame. “It was a relief that let my outside matched my inside. It was like chasing a high.”

For Sadie Lockhart, childhood trauma led to a pervasive feeling of numbness throughout life. Self-harm allowed her to finally feel something, and morphed into an addiction in and of itself.

“I finally started to feel something,” she said when speaking about the first time she hurt herself. “Feeling is hard.”

Self-harm can start small and snowball into a bigger issue with time. It’s also possible that it began with a distressing incident that leaves the victim searching for a way to cope. Regardless of the initial incident, it’s significant to be mindful of the hurts others carry and potential triggers.

Self-harm and Its Relationship to Substance Abuse

For most of the people who self-injure while nurturing a drug addiction, abusing drugs is a manifestation of this self-abuse. Sometimes, drugs and alcohol will only cover up the underlying issues of self-harm, and getting clean and sober can uncover these issues.

One member of our staff who asked to remain anonymous shared that she began self-harming for emotional regulation from self-loathing. This later lent itself to her addiction, and eventually her self-harm tendencies became synonymous with hard drug use.

“Addiction evolved into a new form of self-harm,” she drawled in her Southern accent as she shared her experience with me. “Both were unhealthy coping mechanisms for self-loathing.”

Learning How to Stop

Stopping can be a terrifying prospect for those who have never allowed themselves to feel the extent of their emotions. Allowing things to happen outside of your control can be an enormous step for those unused to living without healthy coping mechanisms.

Although it’s possible to stop self-harming on your own, for some it takes intensive work to stop this destructive habit. This often includes diving deep into the underlying emotional issues that have been covered up and avoided through self-harm.

For Joshua, the majority of his self-harm tendencies came to an end when he was taken to a psychiatric ward. “My mom saw my cuts, and it all stopped when two men showed up at my door to take me to the ward,” he said.

Jordan Guthrie, has a similar story. Self-harm was one of the first addictions that allowed her to feel in control of her life. Only after visiting stress centers as a minor and intense therapy did Jordan get “clean” from cutting.

“You have to think about the people who love and care about you and how it will affect your body in the long-term,” Jordan told me as we sat outside of our office. Her arms are riddled with pale, overlapping scars. “If you wouldn’t cut or hurt those you love, why would you do it to yourself?”

In Brittany’s case, self-harm resulted from undiagnosed mental illness, and she used drugs and alcohol to self-medicate. It wasn’t until she went to a mental health facility and found the right medication that the self-harm came to a halt.

“The twelve steps were the foundation, but not the cure,” Brittany said. “I had to discover more pathways to true and total recovery.”

A Message for Those Still Struggling

When people self-harm, they’re crying out for help in the only way they know how to without saying it out loud. Self-harm might be a personal coping mechanism, but the reality is that it impacts so many others. There’s no shame in asking for the help that you need, because so many people are willing to give you the love and support you need.

“What we need to do is hold their hand through the fire,” Bretney said as our conversation was coming to a close. “We have to let people know they’re worthy of love and don’t need to hurt themselves.”

She wasn’t the only one with something to say for those who are still struggling with self-harm.

“It’s important to remember that you’re not wrong or at fault for experiencing or talking about trauma,” Justin Roshto shared with me. He had been in and out of post-acute care and treatment from the age of thirteen until seventeen.

Justin was excited with the prospect of being able to help humanize the issue of self-harm. After experiencing sexual trauma as a teen, he had abused drugs to numb his emotions while cutting to feel something that wasn’t internalized.

“Things get better the more you talk about them and let yourself experience them,” he told me at the end of our conversation. “The heavy emotions aren’t the only ones there.”

For Brittany, her journey with self-harm has helped shape who she is today. Although she wishes she could have arrived to who she is today without having gone through the pain, she’s proud of how she can be there for others who still struggle.

“As your scars heal, so will your soul,” she told me before our interview ended. “It will start giving yourself love and the power to share your story in a way that can help others who are struggling.”