“As a child, I had a pretty normal upbringing. I didn’t really move a lot; twice as a kid. I was in two different elementary schools, so it wasn’t like a lot of change there. I had a really good family dynamic from what I can remember, everything was just really nice. I pretty much got anything I wanted. My mom really shared her love towards me by buying me things. My dad was more about showing me lessons and things of that nature. So it was pretty relaxed and easy going as far as you know child and family life.

I started experimenting with drugs in 8th grade with a lot of my friends. We would go to the park and I remember smoking weed for the first time. We had also stolen some of my friend's dad’s beer and just decided we were gonna drink it in the garage. It wasn’t like anything stood out at first, it was just kind of like I was just doing it to fit in. It was something fun to do at the time.

It never really became an issue until I was in a relationship in my freshman year of high school. It progressed and got worse as I grew in high school and went through my high school career. I drank in high school, smoked weed, and it wasn’t really an issue until senior year. I was dating a girl and we were supposed to go to college together, that’s when things really got bad. I got introduced to pain pills and started using behind her back. She broke it off with me right before we were about to graduate and that’s kind of when my addiction really kicked off. I tried cocaine for the first time, I think it was April or May of my senior year; right before graduation. Opiates and cocaine were my two big things. I went to college and got really depressed and just decided ‘I’m just going to get messed up until I can find anything else to do.’ Really until I got arrested, school was out the window, I couldn’t stay in class, failed out, and I had to drop out. All my scholarships and everything were just lost. All I can really remember is just being super depressed and not feeling like I had a purpose.

I think for me, I knew I had an issue kind of from the start. I knew I had an issue, but I didn’t want to address it immediately because things hadn’t gotten bad. Kind of the breaking point for me was when I dropped out of school. I decided to go back home for the summer and try to re-enroll in school at a different college in a different part of the state. I thought maybe changing my people, places, and things would help. Thought maybe if I went to this other school where people I knew didn’t do drugs, I would just drink and be fine. I tried that out and ended up staying with some of my so-called ‘friends’ at the time in their apartment instead of staying in the dorm. They were doing drugs and I got caught up in that and back into the drug scene.

Probably about a month into staying there, and about 2-3 weeks into school, I ended up getting into a car wreck. I got a DUI and got arrested for a cocaine possession charge. That was my first time in jail. I went to jail and my parents bailed me out. I went to go see my attorney and my parents said I had one of two options: I could deal with this on my own or they would help me and I would go to treatment. So I took the easier of the options and said ‘I’m gonna go to treatment.’ That was when I kind of said ‘I got a problem’ and I was really ready to address it. That was when I was first initially introduced into recovery.

In addition to my schooling, there were multiple things I lost. A lot of them being non-material things; mainly relationships, friendships, trust, things of that nature. The bonds that I had built, for example the relationship with my ex-girlfriend, lost that. I haven’t talked to her since probably a little after we went to college. I lost my trust with my family; had to rebuild that. Friends, all sorts of stuff. As well as, a car and different instruments that I had bought. I had a really nice guitar I sold for super cheap that I definitely regretted. And just other things that I had built up that I just didn’t have anything to show for because my addiction had really torn it all down. 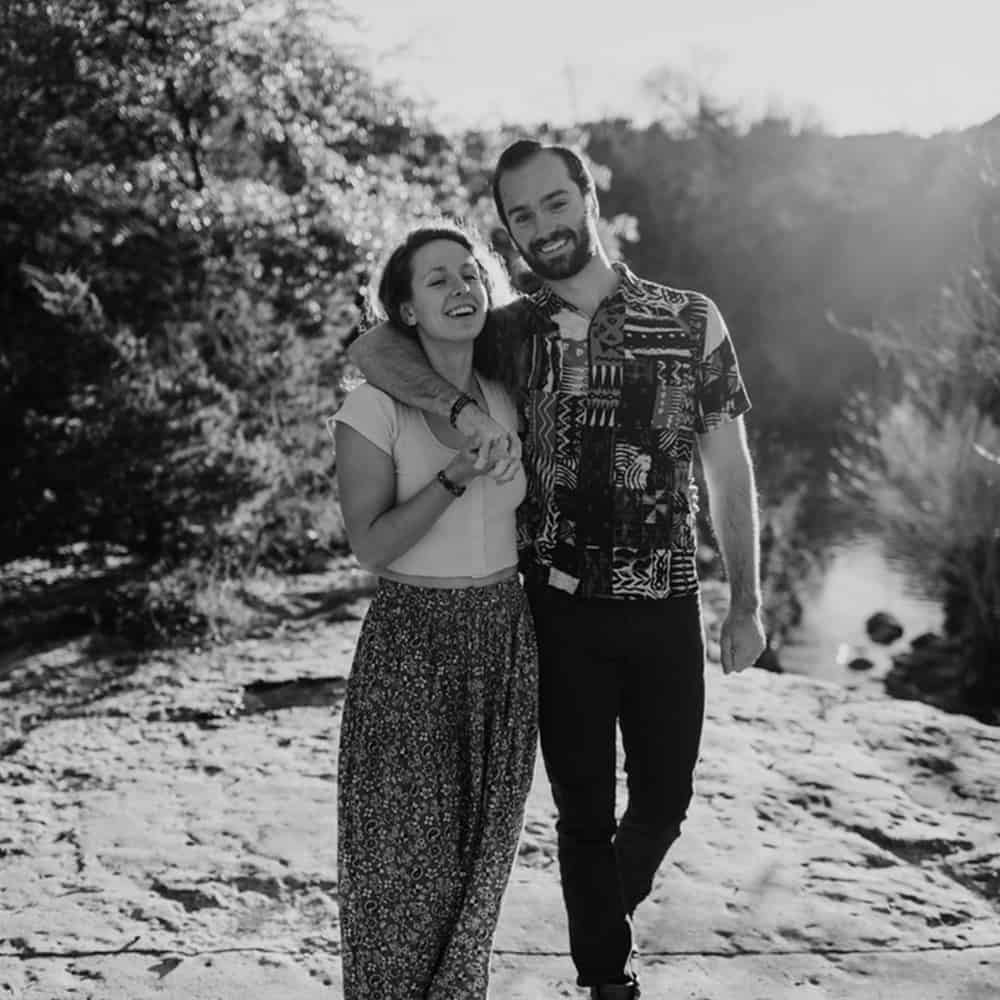 There’s a lot I've learned through treatment and recovery that I still use today. For me, praying when I wake up and when I go to bed is a big one. Mainly so I can start my day trying to give up my will and to really just focus on other people. Trusting in God is a big thing for me because if I’m not in the right mindset, I know that I can bring my own stuff into work, or into my relationship with my fiance, that could cause issues there. We’re getting married soon and it’s important that I try to see everything from a bigger perspective and not my selfish point of view.

Learning to just try to help others as well is really big for me. For awhile I was doing a free workout at the crossfit gym I had been coaching at here in Austin. That was really big for me, just seeing people come in who had either never had the opportunity or never worked out or whatever the case was. And just seeing them start from square one and getting to help them learn how to take care of their body and the physical fitness aspect of overall well-being. There’s a lot of things like relationships that I’ve learned, just different scenarios and things that I’ve been able to take from situations that are important and that really kind of make a difference in my life. I think there’s more things than I can even count and really think about, which is really cool. I’m still learning as well, so it’s a good experience.

Some of the gifts of recovery I've gained would definitely be a clear head and gratitude. I think gratitude is definitely a big one for me. Being able to be thankful for what I have, and not always wanting more. Don't get me wrong, I’m a human, I always want more in different aspects and perspectives of my life. But instead of just pointing out flaws and things, I'm trying to be aware of the small things around me that are happening daily in my life that I just took for granted when I was using. And there’s a lot of different things, like I’m able to have my own place right now and I’m able to do things I enjoy, the passions I enjoy, being able to afford those and save money. I take care of my dogs. There’s a bunch of different things I’m really really grateful for that I feel like I would have never been able to have, or at least enjoy, if it weren’t for recovery. That's important because I feel like that happiness and that purpose is really what keeps me driven and keeps me going. Otherwise I feel like there’s not a whole lot to live for. Having that purpose is really important to me. I think one of the biggest things, if not the biggest gift of recovery, is having a purpose.

I wouldn’t change anything, but I would definitely tell my younger self ‘just be prepared.’ If you’re gonna keep doing what you’re doing, there’s going to be consequences down the road. Know what you’re getting yourself into. It’s hard to say, I may have changed some things, but I would just definitely say ‘try to stick with the right crowd.’ Because I feel like the people you surround yourself with are the people you’re going to be like, or at least who you’re going to act like. Probably to hang out with some different people, try to make smarter decisions, stay on the path that you know will lead to success rather than to one of destruction and despair. I think definitely sticking with the right friend group and making some smarter decisions on what I did.”