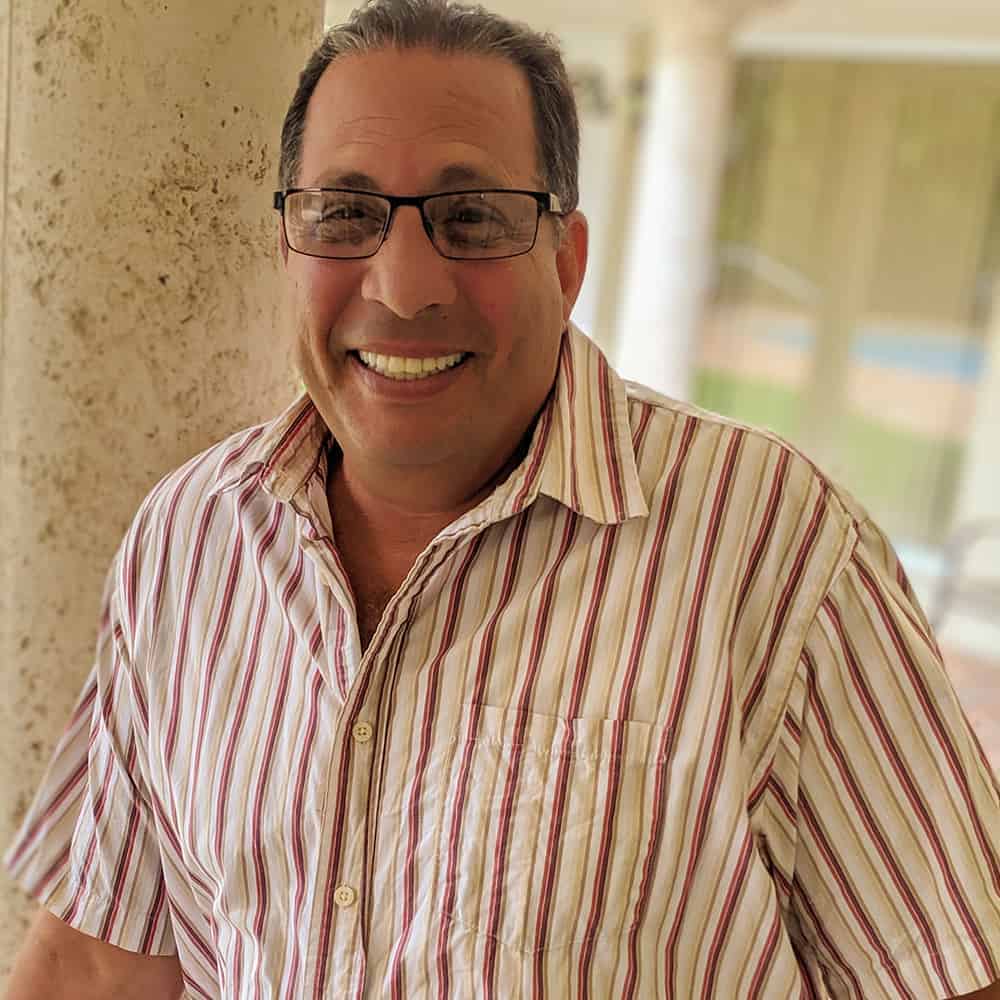 “I was around 12 or 13 years old when my journey to addiction started. There was a park across the street from my house. I went in there one day and there was some kids I knew from the neighborhood and they were smoking pot. They asked me if I wanted to try it, and I said ‘yes.’ They handed me a pipe with marijuana in it. I remember taking the first hit off that pipe, and felt this relief come over my body. I felt a sigh came out of me and I felt that any fear and discomfort was just gone.

I remember walking out of the park and there was a guy, Tony, next to me and he asked me what I was doing the next day. I said ‘I’m going to go to school.’ Tony told me ‘no, we’re gonna play hookie and go by Jimmy’s house and get high.’ That day, that moment, my whole life changed. The next day I went by Jimmy’s house and people were in there sniffing glue and smoking pot, and there were females in there. That was the end of my education and the beginning of the road I started taking. I started experimenting from there. I found my drug of choice, which was cocaine, in 1972. I started using cocaine at the age of 19, and I didn’t get clean until I was 35.

Being in active addiction was like living in a nightmare. The last 5 years of my active addiction I would say the whole day, my every waking moment of each day, was about using. The only time I wasn’t looking to use was when I was unconscious.

It got to the point where I would say I took my son hostage. My son was 4 or 5, and I would tell my wife ‘I’ll be right back,’ and I would leave for days. At the end, when I wanted to go out, I would take some money off her and she would start arguing with me. So I would say ‘Alright, I’m taking Anthony with me.’ And she got so sick from living with me, that she would allow me to take my son to go buy drugs, knowing that I would come back because he was with me.

I was 35 and I was 130lbs; I was skin and bones. I woke up one day and I went into my bathroom and I just looked in the mirror and I was scared. I walked out of the bathroom and I sat on my bed and I just started rocking, going ‘oh my God I don’t know how this happened to me..I don’t know how this happened to me.’ And my wife walked into the bedroom and she asked what was the matter. I looked up at her and I said, ‘Alice, I’m dying. I don’t know what to do.’ I was crying. I just hit a bottom, I couldn’t do it anymore. I just couldn’t go on anymore. I knew that if I continued, I was going to die.

There was no internet back then, of course. No smartphones, we had just the TV. One of the commercials was a female’s nose. From under her nose, a car would go up, a plane and a vacation would go up, and a house would go up her nose. Then it said ‘if you have a cocaine problem, call 1-800-cocaine.’ When this commercial came on, I would curse the TV because I would be sitting on my couch wired up, getting high and I hated that commercial. When my wife walked into the bedroom [that night], she put her hand on my shoulder, and like I said I was rocking and I was crying, and she got scared. She said ‘what can I do for you?’ I looked up at her, and I told her to call 1-800-cocaine. And she did; she went out to the kitchen and she picked up the kitchen phone and she called the number. This woman named Joan DeVonzo answered the phone; I’ll never forget her name. She got me a bed in a treatment center in Vermont called Founder’s Hall. It was right up the road from where Bill W. was born.

I went to this treatment center and the first day I got there, they took me to a Narcotics Anonymous meeting. It’s funny because the feeling I had when I was 13 the first time I used, that’s the same feeling I had at my first NA meeting when I heard them read ‘Who Is an Addict?’ for the very first time. And when I heard them say ‘1 is too many and 1,000 is never enough,’ that was literally my biography to that point. Because 1 was too many and 1,000 was never enough for me. I felt that same feeling of relief and a sort of safe feeling. I felt safe there.

My advice to any other addict struggling currently, is don’t use no matter what. You’re worth more than that. Reach out and get involved in recovery. It’s about change, you know. We’re fighting a losing battle if you consider using, that’s the bottom line. There comes a time where we need to accept that ‘yeah, I like to use but I don’t like the consequences that come along with it.’ And when the consequences become overwhelming, it’s time to stop. That’s how I stay clean. I mean, I’m not going to sit here and say that I don’t like to get high. I would like to have a glass of wine once in a while, I’m Italian! I would love to have a glass of wine with my dinner on Sunday, but I know that there are consequences behind that and that’s what keeps me clean.

It’s funny you ask me for advice I’d have for any families who have a loved one struggling. I spoke once at a Nar-Anon event [for families and friends of addicts], and after the meeting a couple walked up to me. A husband and wife, and they said they had a 19 year old daughter that was using heroin and what could they do? So I asked them, ‘well where does she live?’ And they said ‘she lives in our house.’ I said, ‘how does she get around?’ And they said, ‘well we got her a car.’ I said, ‘well how does she support herself?’ They said, ‘Well we give her money. And we don’t know what to do.’ I said, ‘This is what you need to do: today when you get home, you need to call a locksmith and change the locks. You need to take the car from her, and no matter what she tells you, do not give her any money. And tell her she needs to go to treatment.’ And the father looked at me, and he said to me, ‘I can’t do that.’ Tough love. I’m a parent, and that’s the hardest thing for parents to do and it’s the best thing they can do for an active addict. Because I know my father was the biggest enabler in the world and his love was literally killing me. When he was removed from my life, when he went to prison, that’s when I hit the bottom. My son’s 36 and my daughter’s 26 now; they had a little bit of a traumatic childhood with me around. My daughter never saw me use, but I went to prison when she was young. Even though I was clean, I still went to prison. She suffered the consequences of that. My son was 5 when I got clean, so he remembers a little bit of me using.

Making amends to people that love me has been my biggest takeaway from recovery and treatment. My first wife, Alice, that made the initial phone call for me, I just left her for no reason when I got clean. She was bed-ridden for like a month because I left. We were together from childhood, and it didn’t even phase me at all. As the years went on, and I started going on a spiritual journey, and I started doing some step work, I finally got to my 8th step. I made a list of all the people I had harmed, and she was actually the first person on my list. I took her out for lunch and I made amends to her, and I’m grateful I did that, because she passed away. Three years later she developed an illness and she passed away. I remember when I got the call, I was on the phone and all I remember saying was ‘oh my God, what I put that poor woman through.’ Even all those years later. I thank God for the steps and I thank God that I made amends to her. Those are the benefits of my recovery; I was afforded the opportunity to make amends to people. And people actually like being around me! That’s a perk! Those are all the benefits of my recovery, and I’m still alive. It’s a miracle!”