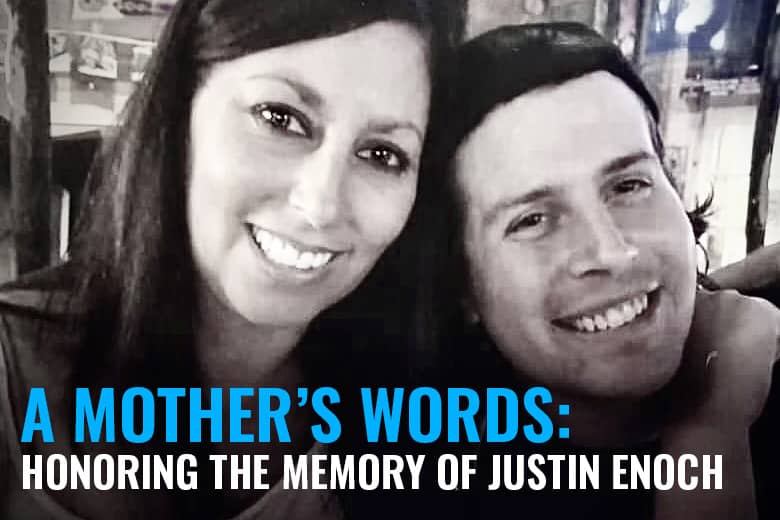 Throughout our history, Recovery Unplugged has had the honor of connecting with some truly special people as we guide them toward treatment; people whose passion, endearingly unique character and once-in-a-generation charm are never to be forgotten. Among these people is former client, musician, songwriter and Recovery Unplugged family member, Justin Enoch.

Recovery Unplugged was fortunate enough to have Justin as a client on multiple occasions, and each time we were inspired and enriched by what he brought to the treatment and recovery experience. While he ultimately lost his battle with addiction, his story exemplifies two of Recovery Unplugged’s core values: recovery is a lifelong endeavor and life is enriched by music.

It’s no stretch to say that Justin had an especially strong connection with many of our alumni and staff. He was a person everyone should have gotten to know, and whose story everyone should hear. Although he is no longer here to tell his own story, Recovery Unplugged caught up with his mother, Lisa, who reflected on his life, his struggles with addiction and the unforgettable impact he had on everyone who had the pleasure of knowing him. 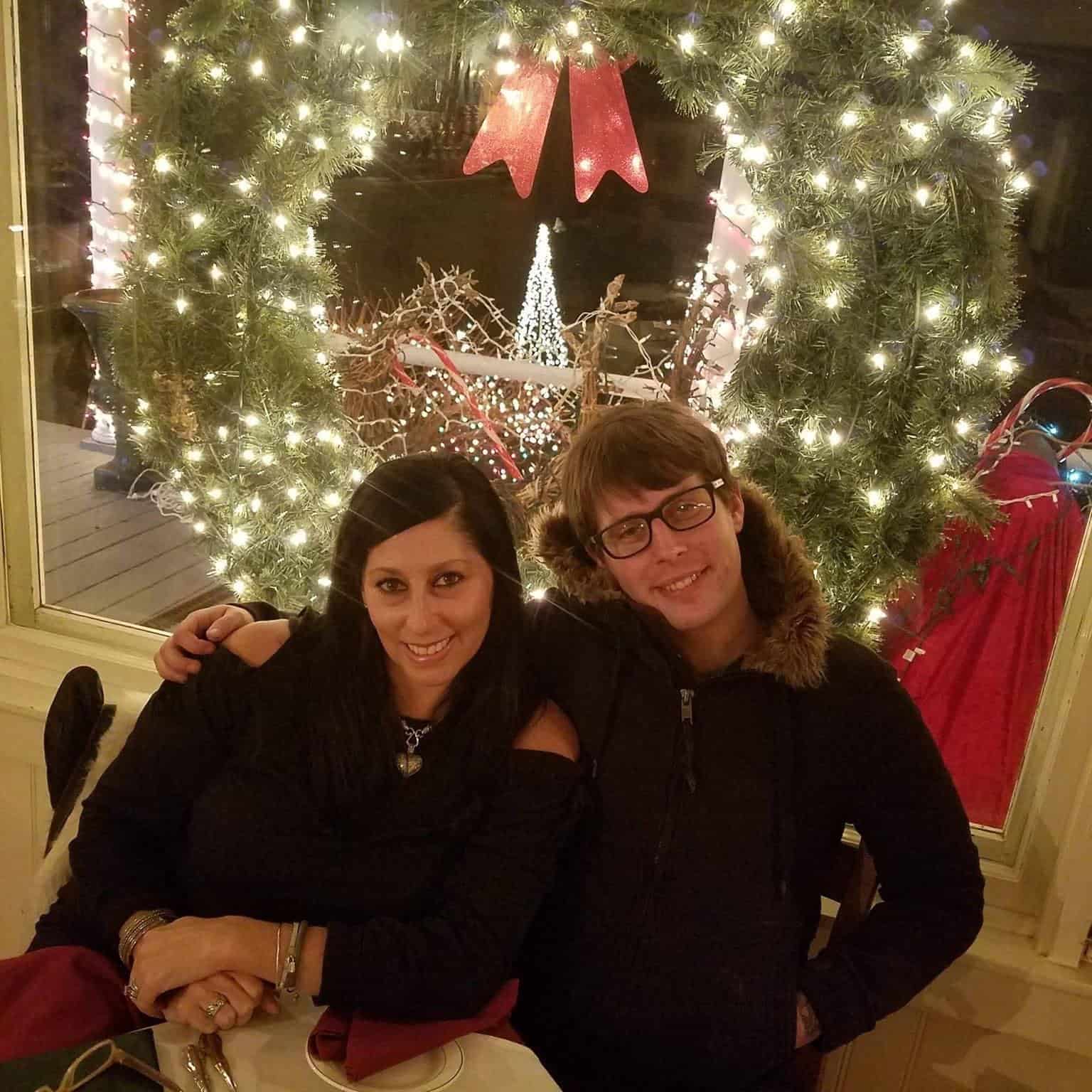 Who Was Justin Enoch?

Lisa describes Justin as a ‘friend to the friendless’; someone who would go out of his way to do anything for anyone. He was an athlete and an extravert to whom everyone gravitated: “He always wanted everyone to be included. He was a special child who grew up to be a very special adult.” Justin also had a passion for animals and was an incredibly talented musician and songwriter. Lisa says that not a day goes when he isn’t remembered and talked about by his family.

Among Lisa’s many memories of Justin, she describes the way he was always able to disarm her with this smile and “logic”: “There were so many situations where he should have been punished, but he just had a way of making everyone laugh,” she says with a smile. He was always doing things for other people, even at the risk of getting in trouble, like having a party for someone’s birthday without permission. It’s this sense of warmth and mischief that Justin’s friends and family remember most when celebrating his life. They describe him as the kind of person who was “impossible to get mad at”. 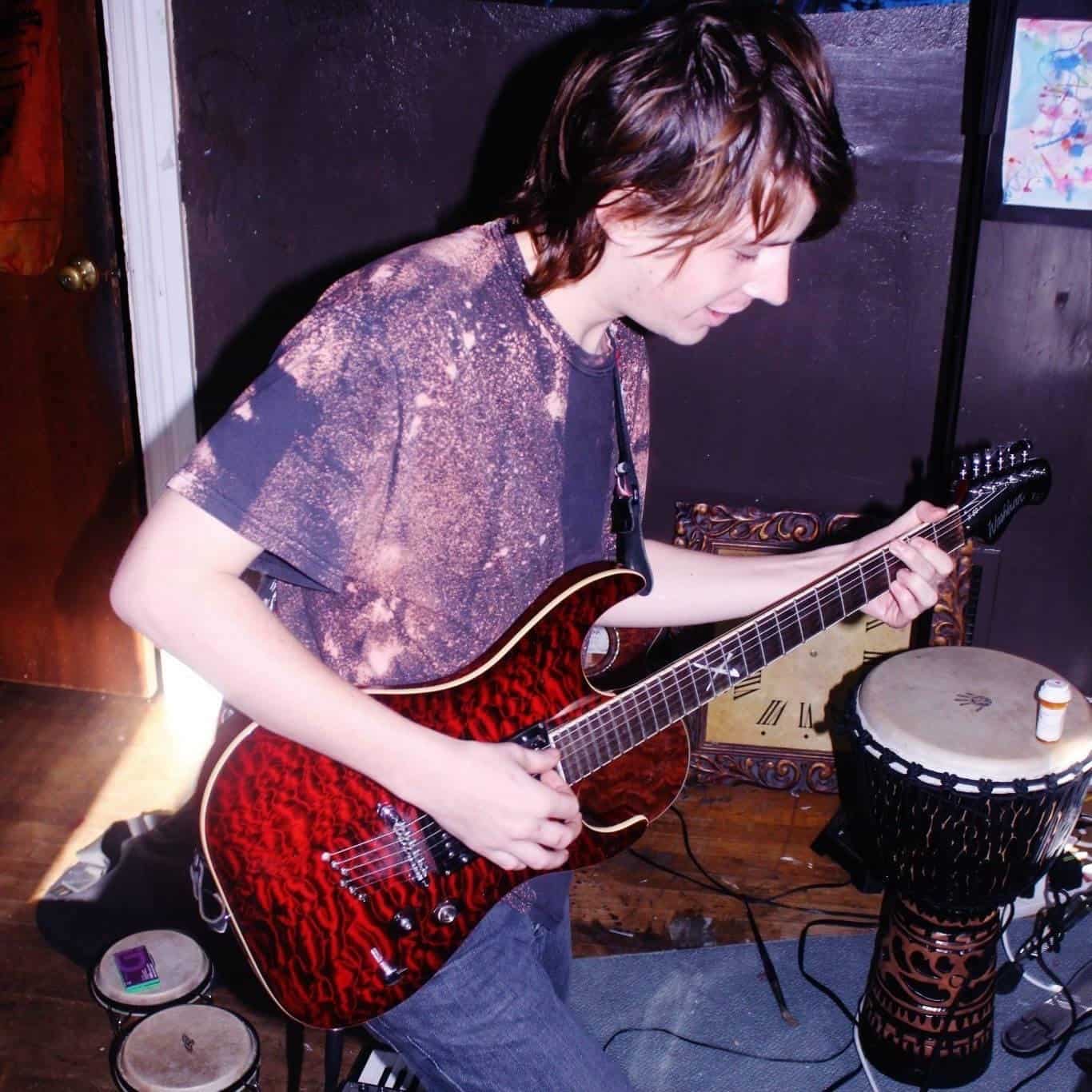 Unfortunately, when you’re the kind of person at whom it’s hard to get angry, people can also overlook certain red flags. Lisa says Justin began experimenting with drugs when he was 14, which resulted in him being sent to Florida to live with this father, from whom he had been estranged for much of his life: “He was there for about six months and when he came back, it was apparent after he was home for a while that he was starting to make some poor choices. And it just progressively got worse.”

The first time Justin went to treatment in California, Lisa breathed a sigh of relief. Like most parents, she hoped for the best and thought this would turn things around. Unfortunately, however, Justin left treatment after five days. For the next eight years, he was in an out of facilities in multiple states and wouldn’t stay. Eventually Lisa learned a hard lesson to which every parent or loved one of an addict must arrive: “It took me a long time as a mother to realize that if he didn’t want to be there, it wasn’t going to work. Just because I put him on a plane and called all these places and did all this work didn’t mean he wanted to be there.”

In a heartbreaking moment of candor, Lisa admits with regret that she was manipulated into enabling Justin as he was going in and out of treatment centers, a dilemma faced by many in her situation: “We were best friends. It bothers to me this day that I wasn’t stronger and that I enabled him constantly, which is the absolute worst thing a parent can do in that situation. My heart was breaking for him. I would always fear that if I didn’t give in to him when he wanted to come back home, something worse would happen. I just thought I was doing the right thing at the time, but I wasn’t.”

Lisa says that when Justin finally had the structure he had been running from in treatment, he would do much better in recovery. She also describes how his charming and charismatic nature ultimately became tools to manipulate her, and how hard it was to show the kind of “tough love” and accountability that is necessary in that situation. 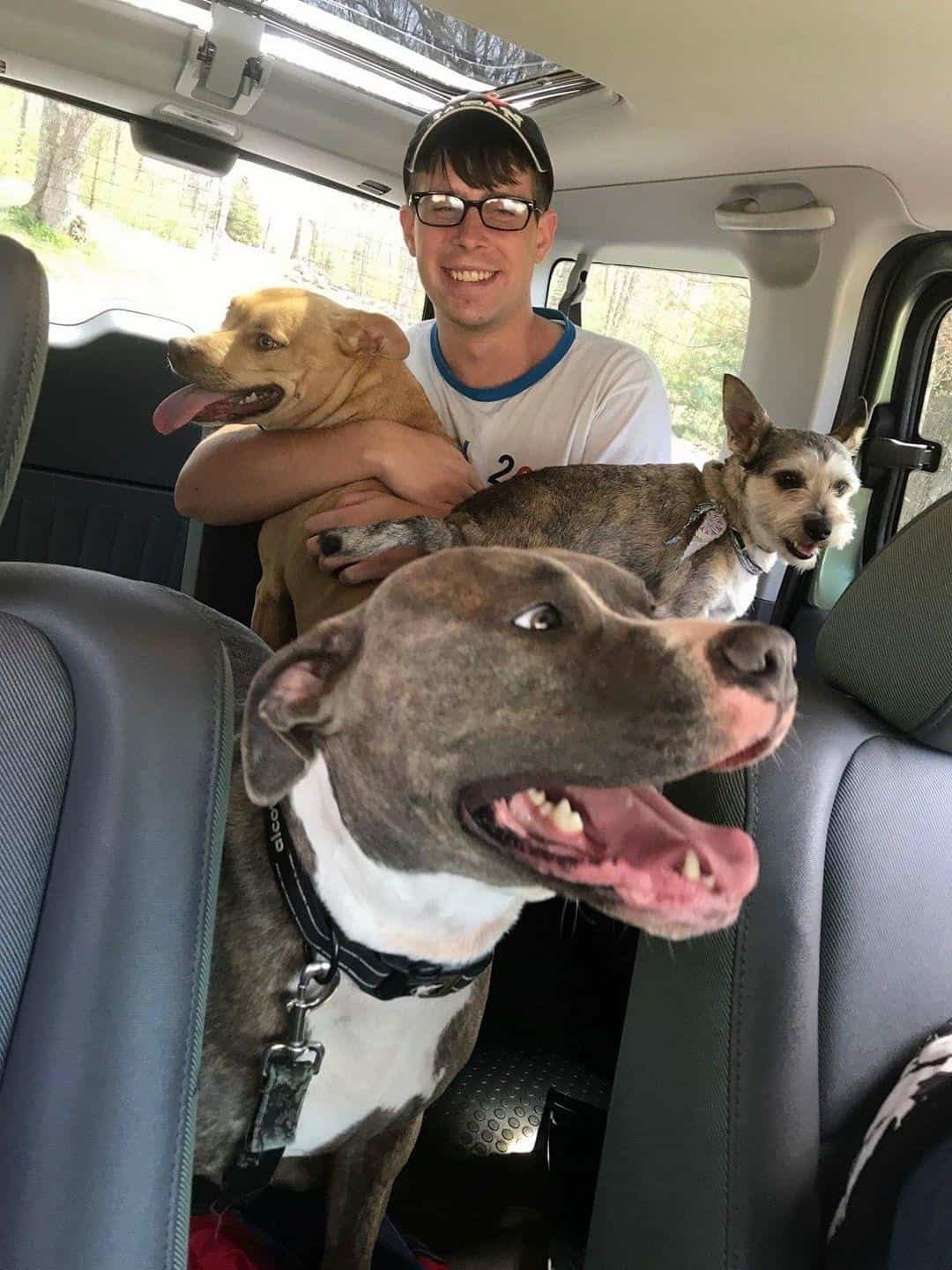 As is the case with most families battling addiction, every member of Justin’s family was impacted by his addiction in their own way. Lisa describes the irreparable damage to Justin’s relationship with his grandparents after it was discovered that he stole some of their meds, and how that was a deep source of guilt and regret for him when he was clean: “He didn’t know how to repair that relationship. He tried but it was never the same.” His relationship with his older brother also became strained, but there was always forgiveness. At one point, his stepfather didn’t want him in the house because he would steal medications and valuables to pay for drugs.

This family estrangement turned out to be one of Justin’s principal regrets in recovery: “It was a wake-up call for Justin. He wrote in his journal that the only people who really stuck by him were me, his brother and his stepfather, but he understood why nobody else reached out.”

Although he had issues with his own loved ones, Justin had a natural talent for building family around him, and that was especially true at Recovery Unplugged. A gifted musician and songwriter, Justin seemed to be at peace and at home here: “He always said that Recovery Unplugged was the place that saved him. Justin was so invested in trying to do the right thing there and get through the program. He had been to a lot of treatment centers and he had the most success there. He loved being able to play music. It helped him release his emotion and feelings. He loved the people there and it was a very positive environment.”

Justin thrived in a structured and musically centered environment. A self-taught musician, he played in bands right up until his passing that would frequently play live. “That was his passion, for sure. He liked to create different sounds. He didn’t want his music to sound like anything else.” Lisa also credits Recovery Unplugged with reconnecting Justin with this father.

Music had also proved to be the way Justin ultimately articulated his emotions, something he had a great deal of trouble doing with words: “I don’t think we ever got to the root of what was really going on”, says Lisa. She says that just as Justin used drugs to escape what he was going through, he also used music to process and convey what he was feeling. 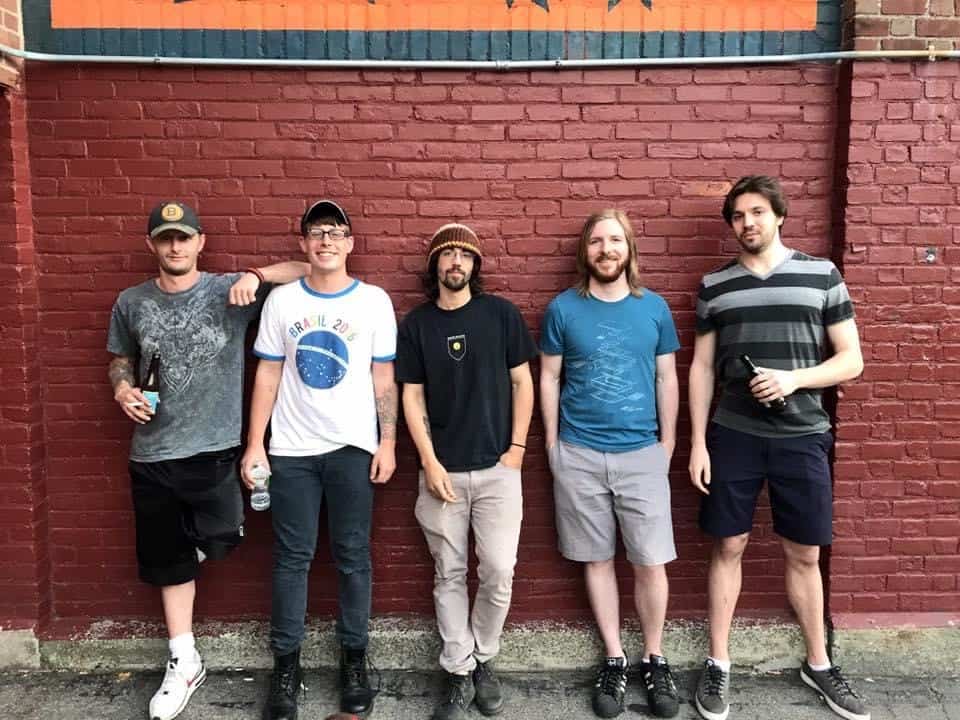 Justin’s Legacy and What He Taught Us

While Justin Enoch was an extraordinary human being, his story is all to familiar to parents and loved ones of those battling substance use disorder and addiction. When asked what advice she would to go those who are going through what she went through, she is quick to remind people they’re not alone. She also talks about the importance of not enabling your child: “One thing I regret is that I wasn’t stronger or able to say no to him. I relive every situation in my head. I feel like I have PTSD sometimes. I have a lot of guilt and I just can’t seem to get past it. It’s OK to talk to people and ask people for help. Once I learned to talk to groups and people who have gone through the same experiences, it really helped me to see that we’re not alone and there are ways to cope.” She ends the conversation by encouraging those who are dealing with addiction in their families to speak up and speak out.

Recovery Unplugged thanks Lisa, not only for her candor and willingness to share her experiences; but also for giving the world the gift of Justin. Her story is an enduring reminder of the heartbreak families experience when battling addiction and how important it is to get help. We were grateful for the opportunity to honor Justin’s memory and celebrate his life right alongside her. We would like to remind everyone with a family member struggling with addiction that help and a better future is possible. Call Recovery Unplugged now to start treatment.