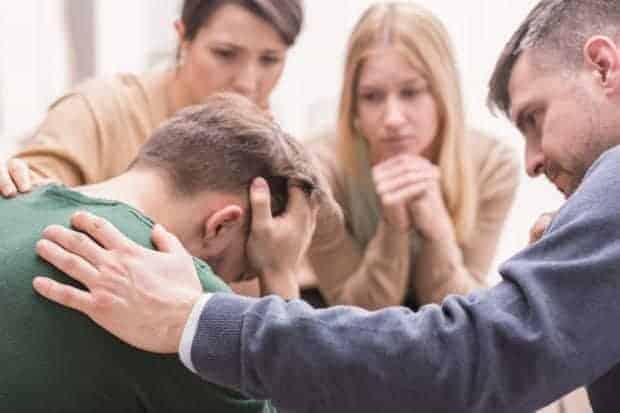 What do you do when a family member or loved one struggles with substance abuse and they’re unwilling to seek treatment out for themselves? The reality for millions of families across the United States is that they’re forced to watch their loved one struggle with addiction with very limited means to get them help. Most who struggle with substance use disorder will not seek the lifesaving treatment that they need on their own because their decision-making has been chemically hijacked by drugs or alcohol; however, their families’ hands are often tied when it comes to getting them into treatment. Addiction in families tears even the closest families apart. For residents in Florida, however, The Marchman Act makes it a little easier maneuver within this difficult situation.

What Is The Marchman Act?

Formally known as the Marchman Alcohol and Other Drug Services Act of 1993, the Marchman Act is a statute specific to the state of Florida that attempts to provide a solution to addiction in families. At its core, the Marchman Act serves as a progressive statute regarding drug and alcohol rehab. This statute allows an involuntary petition to be submitted to the courts for mandated assessment, detox, and long-term treatment of an individual who will not do it for themselves. The Marchman Act allows anyone with personal knowledge of a person struggling substance abuse to seek out help on their behalf. That means that spouses, guardians, blood relatives, three close friends, doctors, and in some cases even law enforcement officers are all capable of filing a petition to treat the individual if they have direct knowledge of their substance abuse.

Although the Marchman Act is a Florida statute, anyone who steps foot in the state is subject to its parameters. After a petition is filed, a hearing is set up within ten days and the person in question may be held for assessment and medical stabilization for up to another five days after the hearing. Based on the results of this assessment, a recommendation and possibly a petition for treatment are submitted to the court, both of which are reviewed in a second hearing. Should the court find treatment a necessary option as a result of the recommendation, the judge chooses whether to assign a sixty or ninety-day court-ordered treatment period.

Most of the programs assigned for the Marchman Act are open-door, voluntary programs mandated by a court order. Failure to follow through with the treatment can result in the respondent being held in contempt of the court, or in the worst-case scenario, sentenced to jail time for up to six months. Fortunately, many counties rarely enforce treatment orders with jail time to encourage active participation. The Marchman act has become a common tool to help fight addiction in families.

However, while the Marchman Act may seem like it provides all the solutions for people unwilling to commit themselves to treatment, it isn’t a perfect law. The reality is that there are pros and cons to following through with filing a petition with the courts. In numerous ways, the Marchman Act serves as an effective way to open the door to the possibility of treatment for those suffering from an addiction. Many families and attorneys intimately involved in Marchman cases feel as though the hearings give both sides a platform to voice their concerns and to start a conversation about the extent to which the possible substance abuse affects the individual and their personal relationships. Oftentimes, these hearings rekindle relationships between the respondent and their loved ones and encourage them to more willingly engage in the treatment of their substance abuse.

Even if the cases do not result in the court mandating treatment, the hearings are almost always effective in encouraging voluntary treatment. because people in the system and involved in the process care about everyone involved and want those struggling with addictions to continue getting better. Unfortunately, while most of the time these hearings facilitate discussion with their loved ones, plenty of patients who are involuntarily committed are still more reluctant to start down the path towards recovery than voluntary patients.

How Effective Has the Marchman Act Been?

In addition to help addressing addiction in families, many point to the Marchman Act’s success in reducing the prison population. Prior to the introduction of this act, the number of people in jail for drug and alcohol-related charges were significantly higher than what they are now. After the Marchman Act was put in place, government funding poured into the creation and maintenance of Addictions Receiving Facilities (or ARFs) instead of local jails, which assisted in cutting down the number of addicts cycling in and out of jail. More work still needs to be done, however, because there are still not enough state-funded beds for people who need rehabilitation. Although there has been an enormous shift in the focus on improving the opportunities for addicts to recover, Florida’s 67 counties remain in a funding crisis, forcing individual cities and counties to seek out other solutions.