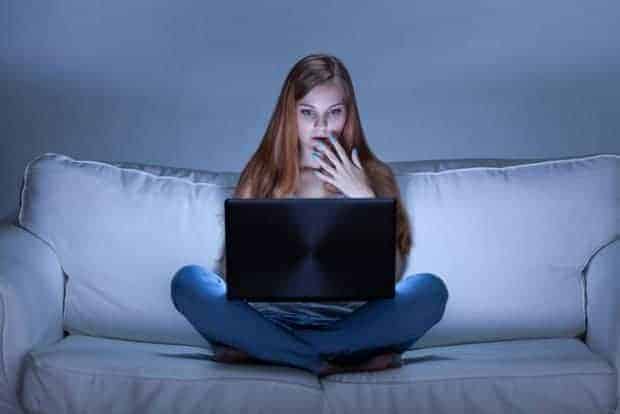 It can be difficult to find shows or movies about addiction that offer honest and authentic messaging. Whether it’s the depiction of how substance use disorders begin, the wreckage that it leaves trailed behind, or the hope for the future, television and film have the unique ability to capture and portray the real emotions that people undergo throughout the process. As the perception of addiction has evolved through the years, these portrayals have become more honest and normalized, turning the stigmatized story of the formerly judged and unwanted addict into stories of sadness and hope that speak to our humanity.

Whether pieces of fiction, shows and movies loosely based on real events, or documentaries, these works help humanize the reality of alcohol and drug abuse. Check out this list of 2019’s top four TV shows and movies about addiction:

Perhaps the most famous current television series tackling the very real issues of modern adolescence and all of its ups and downs, Euphoria’s allure lies in its raw depictions of mental illness and substance abuse. The show follows the main character, Rue Bennett, a 17-year-old on the cusp of adulthood who can’t seem to find the balance between handling the pressures of contemporary high school and managing her co-occurring disorders.

Another amazing performance from the excellent Elisabeth Moss, Her Smell is a thoughtful meditation on the age-old adage “sex, drugs, and rock’n’roll.” Following the life of punk-rock star Becky Something, this is one of those movies about addiction that shares the reality of the complicated relationship between sex, drugs, and the stress of trying to balance a life on the stage and behind-the-scenes. An honest depiction of the reality recovering addicts face, this film shares the explicit hardships of how their creativity, health, and relationships suffer at the hands of substance abuse.

A documentary series that featured Recovery Unplugged in an episode this past August, Addiction Unplugged aims to fight the stigma that has traditionally been associated with alcohol and substance use disorders. By humanizing the experience of addiction, recovery, and mental illness, this series attempts to shed light on the reality of substance abuse and the process behind recovery, and how hope and second chances can save lives.

How to Sell Drugs Online (Fast) is a German bildungsroman series centered around Moritz Zimmerman, a 17-year-old “nerd” intent on becoming successful to impress his ex, who has started rolling and doesn’t want to stop, and getting back at his bullies through the sale of ecstasy and MDMA over the internet. While the premise of the show follows the stereotypical “winning back the ex” archetype, the plot provides a unique perspective on the underbelly of the drug dynamic, and how drugs-trafficking impacts the lives of not only the dealers but also those addicted to designer drugs and rave culture.

As evidenced by these shows and movies about addiction, the perception of substance use disorder is continuing to evolve. Instead of demonizing this disease of the brain and encouraging the belief that those struggling with addiction are weak-willed or morally deficient, these honest series and movies help us make leaps and bounds in these conversations. By changing the narrative around alcohol and substance use disorders through realistic and raw portrayals in the media and in film, we can both directly and indirectly inform the public and even substance abuser themselves about hope for the future, and how everyone deserves a second chance.