Fall from Graceland: The “Elvis” Movie and Addiction in the Media and Pop Culture 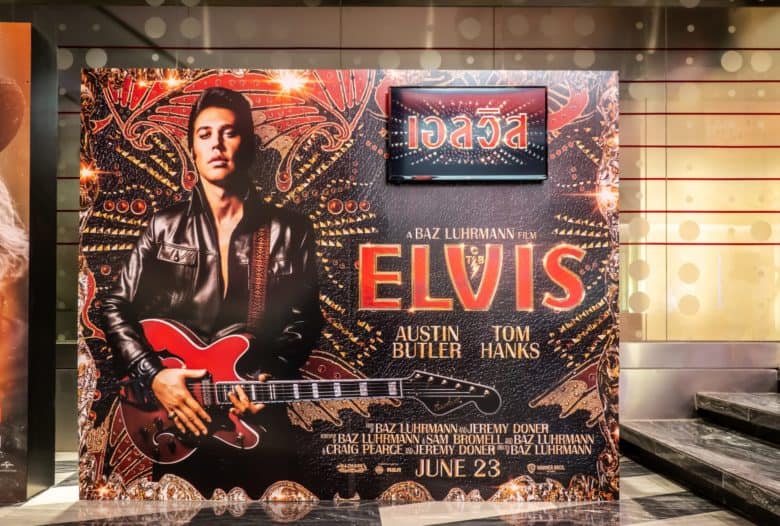 Fall from Graceland: The “Elvis” Movie and Addiction in the Media and Pop Culture

The 2022 Elvis biopic has received widespread acclaim for its one-of-a-kind visual experience, its music, and the flawless portrayal of the title character by Austin Butler. While reviews have been mixed, critics and audiences alike generally agree that, with a life story that was very easy to butcher and exaggerate, director Baz Luhrmann told a great story…with one exception that regarding representations of addiction in the media and pop culture

There is significant and growing criticism that the film didn’t fully depict the impact of substance abuse and 500-mile-an-hour living that has been permanently tied to the King’s legacy, and that ultimately led to his untimely, tragic, and undignified death.

The conversation goes well beyond the surface-level gripes of the Elvis Army and illustrates why it’s critically important to get it right when talking about addiction, especially when telling real stories of larger-than-life figures.

Getting It Right: Representations of Addiction in Media and Pop Culture

So why is it important to show that the long-celebrated and justly honored “King of Rock and Roll” died on the toilet? Why not just tell the story of all the great things he did and give him the treatment “befitting” a figure of his stature, accomplishments, and legacy? Is it necessary to show him in his later years; bloated, tired, and visibly transformed by years of abusing benzos, sleeping pills, hormones, laxatives, and God knows what else?

The answer is: “We can do both.” While it’s obviously not necessary or advised to show EVERY undignified moment that people experience when they’re impacted by substance abuse, the value and necessity of depicting the realities of addiction are two-fold: 1. It’s a glaring reminder that alcohol and drug abuse are to be avoided. 2. It humanizes those who are going through it and shows that addiction is a medical disease and not a moral failing.

While depictions of addiction in media and popular culture have undeniably evolved in recent years, with series like “Dopesick” telling all sides of the story and holding more and more parties accountable, there is still ample opportunity to destigmatize addiction and approach it from a vantage point of compassion rather than voyeurism; genuine concern rather than judgment; advocacy rather than carnivalesque spectatorship.

Addicts are human beings, and they don’t need their stories and experiences whitewashed or redacted for the sake of pop-culture sanitization. Projects like “Elvis” are a particularly unique opportunity to destigmatize addiction because writers don’t even have to look anywhere but the story in front of them for source material.

Where Do We Go from Here?

Showing that Elvis, or anyone else, struggled with addiction doesn’t take away from their life. It does, however, go a long way toward telling their whole story as flawed yet valid human beings and signals that addiction is nothing to be ashamed of. With overdose now one of the leading causes of death in the United States, it’s counterintuitive and downright dangerous to ignore or diminish the realities of substance abuse.

Recovery Unplugged wants you or your loved one to know that you should never be ashamed or afraid to tell your story or ask for help. If you or someone you care about needs treatment for alcohol or drug addiction, we’re here 24-7 to help you enter recovery and reclaim your life. Our compassionate and supportive staff are ready to provide next-level medical and behavioral care. Contact us now to start your treatment today.