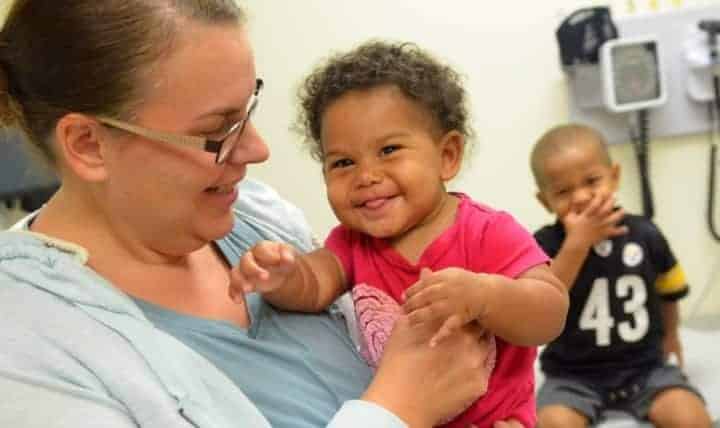 Children often bear the brunt of their parents’ mistakes, and we’re learning that the opioid addiction crisis is no exception to this reality. According to recent data from the Children Services Association, children of parents addicted to opioids are the “invisible victims of the epidemic.” In a study published by the medical journal JAMA Pediatrics, between 2000 and 2017 there was a 147 percent increase in foster care entries that arose as a result of parents’ drug abuse. These entries related to parental drug use and abuse spiked during the final five years studied, which correlated with surges in opioid use and overdoses according to the Centers for Disease Control and Prevention (CDC).

Between the years 2000 and 2017, Parental drug use accounted for more than one million foster care entries. That means that roughly 23 percent of all foster care entries were a direct result of the drug crisis that we’re currently facing in this country. Due to the ever-increasing number of children entered into the system as a result of their parents’ drug abuse, the foster care systems in many states are struggling to manage the influx of children. According to a report published in 2016 by the U.S. Department of Health and Human Services Children’s Bureau, 32 percent of children were removed from their homes due to drug abuse by at least one parent, and that number in and of itself may be skewed. Nearly a third of children currently entered in the foster care system have been directly impacted by the epidemic, a number that doesn’t include the children who are placed with kin.

Another study published by CNN analyzed the number of foster care entries in the Adoption and Foster Care Analysis and Reporting System. While the study didn’t specify the kind of drugs abused by the parents, experts place the blame for the growing number of children who have been essentially abandoned by their parents on the heroin and opioid epidemic. Although it’s hard to quantify exact figures correlating the rise in heroin and opioid use with the rising numbers of children in the foster care system, corresponding data seems to confirm this theory. Over 2.7 million grandparents or other relatives are raising children that aren’t their own across the United States, and the rate of babies born with neonatal abstinence syndrome has increased five times over the course of a decade. For many of these children, the opioid epidemic has touched them firsthand.

For those working as social workers in the foster care system, the drug crisis presents a distinct set of challenges. Many of the babies born with neonatal abstinence syndrome can experience symptoms for as long as four to six months, all the while waiting in the hospital for a foster family that has the resources to take care of them. For children separated from their parents at older ages, it can be hard to process and understand why they can longer be kept in their care. This can be doubly troubling due to the fact that more often than not, these children will need special care and counseling to help them work through the trauma of family separation. Yearning for a relationship with an absent parent can imbue children with a deep sense of loss from a young age. Foster parents are intended to serve as a support system during a temporary displacement, but data shows that children of parents addicted to opioids and other drugs are staying in foster care for even longer periods of time while they wait for their parents to get clean–sometimes their parents don’t get that chance.