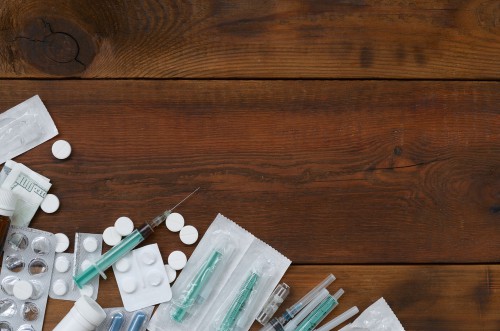 Demerol is a powerful and highly addictive narcotic painkiller that often goes by its generic name meperidine. Although less known than other types of prescription and synthetic opioids, such as oxycodone, hydrocodone or fentanyl, Demerol has a high potential for diversion, misuse subsequent dependency. The Substance Abuse and Mental Health Services Administration (SAMHSA) estimates that over 100,000 people misuse Demerol every year and that, while lesser reported than other types of opioids, it is a heavy contributor to the uptick in overall opioid fatalities driven by prescription varieties. Then National Institute on Drug Abuse reports that 46, 802 Americans died from opioid overdose in 2018, 14,975 of which were attributable to prescriptions.

Demerol Dos and Don’ts: What Is Meperidine Used For?

Demerol should only be used in the short-term treatment of moderate to severe pain. The drug should be integrated into patient’s severe-pan treatments only when other types of pain relievers didn’t work or can’t be tolerated. This means that if you take other medications like over-the-counter or prescription-strength ibuprofen or acetaminophen and they don’t relieve the pain, Demerol or meperidine therapy may be warranted. Demerol should only be used in short-term applications (a few weeks to a month at a time) under the supervision of a qualified prescribing physician. Taking Demerol for longer than is advised can lead to withdrawal and subsequent physical and psychological dependency.

How Is Demerol Administered?

Demerol is prescribed in tablet, liquid or injectable form. Injections are performed either independently or by the prescribing physician into a vein, into a muscle, or under the skin. If you are giving this medication to yourself at home, learn all preparation and usage instructions from your health care professional. The potency of Demerol and the speed with which it acts depends on how its administered. Injections tend to delivery the most immediate and potent relief. The Food and Drug Administration reports that the prolonged use of Demerol and other types of meperidine can increase the risk of toxicity and overdose.

Can I Become Addicted?

Like all other types of opioid painkillers, Demerol can be highly addictive. The likelihood of Demerol addiction increases that longer non-essential use persists. The drug creates serious and lasting changes in the brain’s chemistry and central nervous system. Some of the immediate signs of Demerol addiction include, but are not limited to:

Demerol is generally abused by crushing, chewing, snorting, or injecting the dissolved product. These practices will result in the uncontrolled delivery of the opioid and pose a significant risk to the abuser that could result in overdose or death.

Demerol abuse comes with a variety of immediate and long-term health risks, such as:

Withdrawal symptoms of meperedine abuse can include irritability and restlessness, involuntary leg movement, extreme changes in body temperature, stomach illness, joint and muscle pain, fever and flu-like symptoms, extreme cravings and more. If you are experiencing these or any other symptoms related to your Demerol use, it’s critical that you get help from your prescribing doctor or seek treatment immediately for Demerol addiction.

Signs of A Demerol Overdose

Demerol overdose is a time-sensitive matter and a very real possibility for both legitimate and illegitimate users. It’s important recognize the signs, which include no or limited breathing, indicators of cyanosis like blue lips or fingernails, fatigue, convulsion, low blood pressure, bradycardia, constipation, stomach cramps, nausea and vomiting, cold and clammy skin, drowsiness, lightheadedness, and twitching muscles. In severe overdose, patients may experience circulatory relapse, cardiac arrest, apnea, and in some cases death. If you feel your loved one is experiencing Demerol overdose, it’s critical that you call 911 to get immediate help. Once they’re stable, alert and able to breathe on their own, start exploring treatment options for addiction.

If you’re struggling with addiction to Demerol, the first thing to realize is that you shouldn’t beat yourself up. Millions of people start taking opioids for legitimate pain and ending up addicted—you’re not alone. You do, however, need treatment. Treatment should include detox for immediate medical issues followed by possible behavioral rehab. This process is especially important for people who with a prolonged history of Demerol abuse. Whether your Demerol addiction started on the street or at the doctor’s office,  you don’t have to sacrifice your life to Demerol addiction.

Maybe you don’t think your problem is that bad or that you’re in control even though you’re broke, addicted and in constant legal trouble. The longer you maintain this line of thinking, the more Demerol abuse will destroy your health and quality of life. Recovery begins where denial ends. Get help now.