Should Fentanyl Testing Kits Be Allowed at Music Festivals? 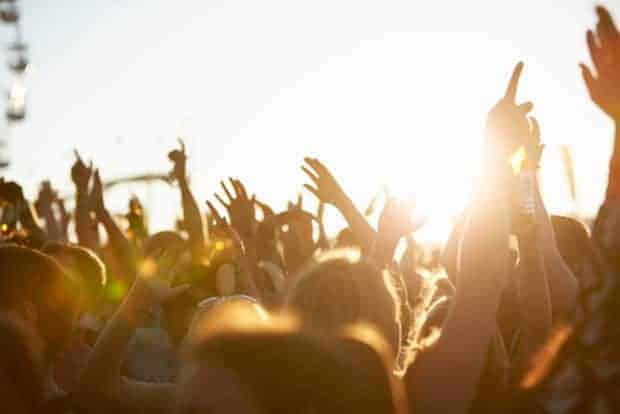 Should Fentanyl Testing Kits Be Allowed at Music Festivals?

Drug use has long been part of music festival culture. Despite attempts to regulate it, it’s incredibly difficult to stop drugs from coming in. Only this year, the increased presence of fentanyl in street drugs makes things even more urgent.

For a few years now, officials have found that dealers are lacing their drugs with the synthetic opioid fentanyl. Two milligrams of the drug is enough to be lethal, and it’s present in around 40 percent of the country’s black-market prescriptions. Fentanyl is 50 times stronger than heroin, 100 times stronger than morphine, and linked to most of the 100,000-plus overdose deaths that occurred last year. Most people who overdose on fentanyl don’t even realize they’re taking it.

Organizations like the Bunk Police know the certainty of drug use at festivals, so they created and administered drug testing kits to test if fentanyl was present; however, festivals like Bonnaroo have restricted such kits–labeling them as paraphernalia.

Bonnaroo is preparing to host its annual music festival in Tennessee. The following month, the legendary Lollapalooza Music Festival will descend upon Chicago’s Grant Park. There are dozens of other lesser-known regional festivals where drug use is bound to be prevalent, despite the best efforts of security and prevention advocates.

“More people are dying right now from fentanyl overdoses than they were at the peak of the AIDS crisis,” said Adam Auctor, founder and CEO of Bunk Police when the crisis first began. The organization has been a presence at major festivals and Bonnaroo in the past. However, in recent years, they have been expelled for distributing these kits.

Many festivals are offering proper safety guidelines on hydration, sun protection, and the locations of medical and sober tents. Festivals are also taking active measures by supplying and training their staff with naloxone, a medication designed to reverse opioid overdoses. When it comes time to administer the naloxone, the risk of dying is higher. But many argue that organizers should be taking a more proactive step by screening drugs bought and sold at festivals.

The Bunk Police started their crusade in 2011 and joined other organizations like DanceSafe to provide drug checking services around the country. For the past couple of years, they have been handing out fentanyl testing strips, drug screening kits, and overdose awareness cards that show what the signs of an overdose are. Auctor says, “We’re trying to keep people from overdosing; we’re trying to keep people aware that there’s the potential for adulterated substances that could severely harm them or even kill them.” Unfortunately, they have been getting push-back from festival organizers around the country, claiming that anything that “tests or analyzes” substances are considered paraphernalia.

The Facts on Fentanyl Test Kits

Although controversial, there is data to suggest that fentanyl test kits save lives, and they have been embraced by the Biden-Harris Administration’s Harm Reduction approach to substance use disorder. They can be a viable resource for individuals transitioning to treatment but want to stay safe enough to enter a program. Addiction is a complex issue, and no two cases are the same.

The debate about the safety and prudence of fentanyl test strips and whether they “advocate” drug use is likely to continue. One thing is for sure, however; in a period when juvenile overdose deaths have tripled because adolescents and teens are unwittingly fentanyl, every resource should be made available to save more lives and prevent irreversible tragedies.

As Festival Season rages on, Recovery Unplugged wants to remind everyone that there is no such thing as “safe drug use” and that it’s more likely than ever that you’re taking something you didn’t bargain for. Protect yourself and your crew by staying safe and making a plan to enter treatment if you need help.