Queer Artists in Recovery throughout History: Past, Present and Future 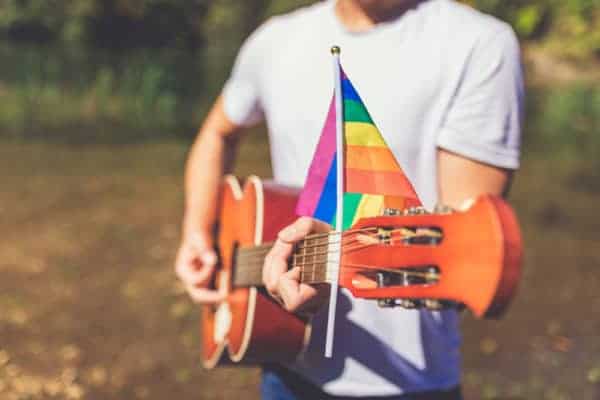 Queer Artists in Recovery throughout History: Past, Present and Future

As part of our ongoing Pride Month Celebration, Recovery Unplugged is continuing our recognition of musicians and queer artists in recovery and their invaluable contributions to the modern musical canon. This week, we’ve selected queer songwriters and musical performers throughout history have successfully battled substance abuse. Some of these artists you will undoubtedly know and some you may not; however, we’re always looking to put some new (or new-to-you) sounds in your ears. Enjoy, learn and thrive, friends!

Literally and metaphorically one of the strongest voices in blues history, the aptly named Empress of the South was the genre’s most popular female singer of the 1920s and 30s, belting out hit after hit. Although Bessie Smith was married for most of her adult life, Smith was bisexual and sung loudly of her love of men and women. She also struggled with alcohol abuse for years before embarking on the second act of her storied career.

Shooting forwards time to the heady days of the 1980s, we visit the leather-clad, mustachioed, bald-headed Judas Priest frontman. Halford has been living openly gay for over 21 years. Before that, however, he claims that the pain of having to hide his sexuality directly contributed to the onset and continuation of his years-long battle with substance abuse. Today Halford is free of both the stigma and shame that had plagued him for many years, as well as the addiction that it spawned.

Moving both backwards and forwards through the musical timeline, albeit slightly more underground, we have Bob Mould, singer/songwriter and frontman for the bands Husker Du and Sugar (if you’ve never heard of them, look them up now…we’ll wait). Though Mould’s sexual orientation had previously been something of an open secret, he was outed in the early 1990s in an interview in the music magazine Spin; he came to terms with being openly gay. He has since been a committed and active advocate of the community. Although Mould made the decision to stop drinking at 25, claiming he didn’t want to turn into his alcoholic father, he was dogged by other substance abuse issues throughout much of the early and middle part of his career.

The New Orleans hip hop queen has spoken openly about being gay and what that means within the genre. Freedia is biologically male and dresses as what is conventionally regarded as “feminine”; however, Freedia has publicly stated that she is not a trans woman, but rather a gay male who answers to the pronouns “he” or “she”. Freedia also said in a 2013 interview with Out that her preferred pronoun is “she”. She was recently ordered to live in a halfway house, after testing positive for marijuana and methamphetamines, and undergo drug testing as a condition of her probation. She has since complied with the terms of her sentencing and was released early for good behavior.

Ok…yeah…so…absolute no-brainer, right? Are there any queer artists in recovery that have been a bigger and more generous friend to the LGBTQ+ community than the Rocket Man? Probably not. The reality is, however, that he wasn’t always a great friend to himself. In case you haven’t had the chance to see what’s sure to be one of the biggest movies of the year, Sir Elton struggled for decades with drug and alcohol addiction due, in large part, to a crippling lack of self-confidence, and anxiety. It was his work with the AIDS epidemic, a public health crisis disproportionately affecting the LGBTQ+ community, that sparked his recovery. His subsequent advocacy, philanthropy and generosity has been well documented and continues to speak for itself.

This is, by no means, meant to be a comprehensive and we invite all to submit their own candidates on social media. Recovery Unplugged continues to celebrate queer artists in recovery, as well as those throughout the community.