PTSD and Addiction: What’s the Connection? 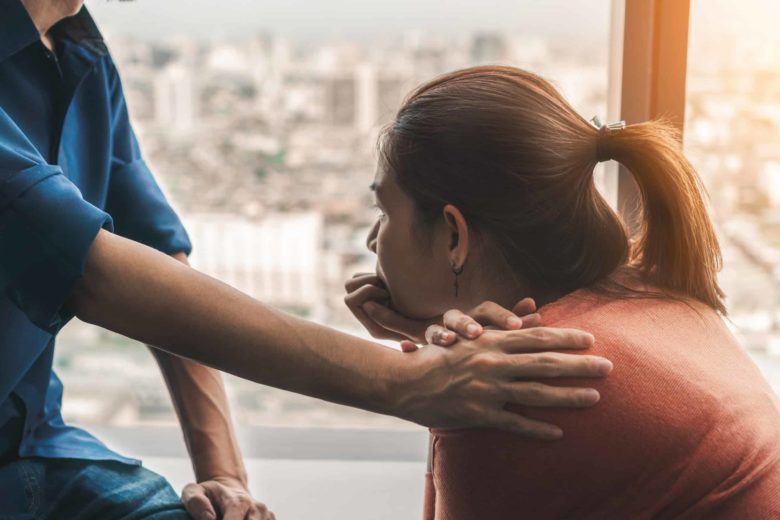 PTSD and Addiction: What’s the Connection?

Post-traumatic stress disorder (PTSD) and addiction are closely linked. PTSD is an anxiety disorder that affects people who have been through acute or prolonged trauma. According to the most recent version of the Diagnostic Statistical Manual of Mental Disorders (DSM-5), one must meet the following criteria – with each containing sub-criteria and examples:

A diagnosis of PTSD must specify whether it includes dissociative symptoms, depersonalization, derealization or delayed expression.

How Does One Develop Post-Traumatic Stress Disorder?

A person can develop (PTSD) by experiencing a disturbing act firsthand, associatively through another person, becoming aware that a loved one went through an event – such as September 11, 2001 – and repeated exposure to a traumatic incident. To meet the diagnosis, you must have one or more of the following symptoms: recurrent, involuntary and intrusive, traumatic memories, recurring nightmares about the event, dissociation (including flashbacks) and psychological distress in response to internal and external triggers that remind oneself of the event.

Avoiding triggers such as places, people and situations, and not remembering parts of the traumatic event are also symptoms. Additionally, distorted perceptions, negative thoughts and emotions, disinterest in previously enjoyed activities and places, depression, feeling detached and a complete lack of positive emotions are also indications that you may have PTSD. Aggression, irritability, problems concentrating, hypervigilance, reckless behavior, sleep problems and becoming startled easily are also signs that you may be suffering from this disorder.

If you have experienced some or all of these symptoms for over a month, they are not the result of substance use alone and interfere with your ability to function in your daily life (work, family, friends, etc.), you should consult with a mental health professional to get a diagnosis. Getting a proper evaluation is important as it will allow your care to be covered by health insurance and you will be cared for properly.

How Can PTSD Cause Addiction?

It’s common for someone with PTSD to self-medicate with drugs and/or alcohol. Additionally, some medications that are prescribed for PTSD can be habit-forming and lead to dependence. Learning healthy coping skills in addition to medicinal intervention can be useful because sometimes someone can self-soothe without medication. Many of these medications are controlled substances and easy to become addicted to. If your tolerance goes up and you need to use a higher dose and run out before it is time for a refill, you may experience withdrawal as you would with any other drug. This can exacerbate your symptoms due to rebound anxiety – increased and extreme symptoms that may be greater than that of baseline before taking the medication.

According to one study from Emory University, people who experienced traumatic events as children had significantly higher rates of substance use disorder (SUD) as adults. Marijuana was the most commonly reported abused drug, with 44.8 percent meeting the criteria for drug dependence. The next most used substance was alcohol – 39 percent of the sample engaged in risky consumption. Cocaine, heroin and opioids were also reported by a large number of participants; 34.1 percent and 6.2 percent respectively. Veterans constitute a significant proportion of individuals diagnosed with posttraumatic stress disorder.

This is not surprising as they witness some devastating things while on active duty. One such study that involved veterans concluded that 46.4 percent of those with a lifetime diagnosis of PTSD also met the medical diagnosis of SUD. In a similar study, 51.9 percent of males and 27.9 percent of females had both disorders. Males with PTSD were 2.06 times more likely to meet the criteria for alcohol dependence or abuse and 2.97 times at greater risk of developing SUD than women who did not have a diagnosis of PTSD. Females were 2.48 and 4.46 times at greater risk, respectively – greater than their male cohorts.

Can Addiction Cause PTSD?

Putting yourself in dangerous situations, such as those that one engages in when they have a substance abuse disorder, can result in trauma. Therefore, it is feasible that one may do something that is particularly high-risk while intoxicated that may hinder their ability to think rationally. This may include seeking drugs from dangerous sources and performing dangerous acts to make money to support their addiction. A study that examined female sex workers found that most of the participants reported having experienced trauma, with the majority describing multiple traumatic events including childhood sexual abuse, work-related violence and sexual assault. Approximately 50 percent of the participants in this study met the criteria for posttraumatic stress disorder and around 33 percent had ongoing symptoms. Sexual assault during adulthood was connected to symptoms of PTSD. Substance abuse disorder was reported at significant rates, with cocaine use being associated with increased acts of risky sexual behavior and injecting narcotics.

How to Recovery Unplugged Can Ease Symptoms of PTSD

PTSD is a multi-layered illness that takes time and professional intervention to overcome. Trauma-focused psychotherapies such as prolonged exposure (PE), Eye Movement Desensitization and Reprocessing (EMDR) and Cognitive Processing Therapy (CPT) have been proven to be most effective, as they focus on the meaning of the memory of the trauma and assist you to process it. Speaking and thinking about and visualizing the traumatic event can assist one to concentrate on changing negative beliefs. Recovery Unplugged utilizes the most effective and current treatment and individually tailors it to the person in recovery. We are in-network with most major insurance providers and have treatment centers nationwide.

We help you manage your or your loved one’s dual-diagnosis conditions with caring and supportive staff and utilize music to aid in the recovery process. Do not wait any longer to seek treatment. We are here to help you when you are ready. Please contact us now so that we may guide you to live to your fullest potential.