Addiction: Is It A Disease or A Choice? 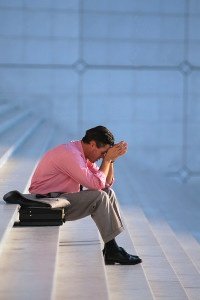 Addiction: Is It A Disease or A Choice?

It’s common these days to hear people assert that addiction is an illness, but what exactly does that mean? The implications are primarily social and psychological. People will often view an addict differently if they believe addiction is a disease and not a choice.

Addiction’s relationship to and basis in biology have been the focus of much research over the course of history. This is because if addiction really is a brain disease, then it should alleviate the stigmas attached to addiction.

Studies have shown that addictive drugs change the chemistry of the brain, and that some addictions do have substantial heredity. However, some researchers, scientists, psychiatrists, and psychologists argue that this belief isn’t supported by logic or research.

If choice is involved in addiction, responsibility naturally is as well. This can invite stigma and shame for the addict, and can ultimately impact treatment and research funding in significant ways.

Most of the time, choices can be limited by determinants beyond the addict’s control. We can’t hold addicts responsible for their histories, backgrounds, or other roadblocks out of their control.

Just because choices are theoretically available doesn’t necessarily mean that they’re viable options that can be acted on. This means that even if addiction were actually a choice rather than a disease, we still can’t entirely lay the blame on the shoulders of the addict.

Even if substance abuse isn’t always defined as an illness, it’s crucial that people suffering from addiction realize that they need to treat their problem and not just think about it as a personal weakness. Otherwise it’s easy to become frustrated, blaming the problem on a lack of willpower rather than seeking professional help.

This knowledge is helpful for non-addicts as well, since it can help them empathize with their fellow human beings and offer aid rather than look down upon others. As a society we must address the factors that keep addicts from making choices that will lead them to long term recovery.

The Case for the Disease of Addiction

So what is it about addiction and abusing drugs that makes it comparable to chronic disease? Addiction is persistent, destructive drug use, and is “disease-like” in a number of ways. This includes continued drug use even when the costs far outweigh the benefits of abuse.

According to the National Institute on Drug Abuse, “Addiction changes the brain, disturbing the normal hierarchy of needs and desires.” Repeated use of addictive substances can fundamentally rewire the brain, increasing how much priority the addicted person gives to obtaining that substance. Many other mental illnesses work this way as well, reducing a person’s impulse control.

There’s more than enough evidence that reveals the extent of the impact addiction has on the brain. Brain imagery comparing the brains of addicts and comparison groups has revealed substantial differences between the two.

Evidence also shows that addiction is affected by genetics. Twin and adoption studies have also shown that there are genetic predispositions for alcoholism. Evidence regarding illicit drug use is limited, but correlates this.

The Argument for Choice

He argues that most addicts don’t perceive themselves as sick, and that this is actually positive for their recovery. By changing the narrative to one of empowerment instead of impotence, addicts are encouraged to leave the drugs behind.

Lewis believes that, because most addicts statistically become “ex-addicts” or people in recovery by the age of thirty, quitting is a simpler choice than we believe. However, Lewis also recognizes the effort required to quit and maintains that it isn’ incredibly hard to undo years of habit.

Harvard psychologist Gene Heyman also argues that addiction isn’t a disease but rather a “disorder of choice.” He asserts that most addicts never go to a treatment center, and that those who do are among the minority. He also believes that those who do go to treatment have addictions so severe that they warrant professional help.

Only 16 percent of people who meet the criteria for dependence on substances actually go to treatment or self-help organizations. However, because most research on addiction and drug abuse is based on addicts in treatment, this data is skewed.

On the whole, experts who view addiction as a choice believe that only severe cases of substance use disorder act from “compulsions.” These experts also believe that addiction doesn’t necessarily equate to compulsive drug use, but that it isn’t a rational choice either.

Many addicts quit drugs in order to be better parents or to make their families proud. Quitting, in many regards, correlates with the practical and moral concerns that affect all kinds of decision-making.

The Implications of Disease and Choice

Regardless of whether alcohol and drug addiction is a disease or a choice, we as a society have to claim responsibility for our part in it. There are environmental factors that we can control that can lessen suffering and help others receive the treatment they deserve. If we all did our best to alleviate these factors, the mental health of those impacted would improve.

Addicts can retain agency without blame if we choose to approach them with attitudes of compassion, respect, and concern. Only then can we have more effective treatment.

Do you believe that addiction is a disease or a choice? Reach out to let us know what you think!