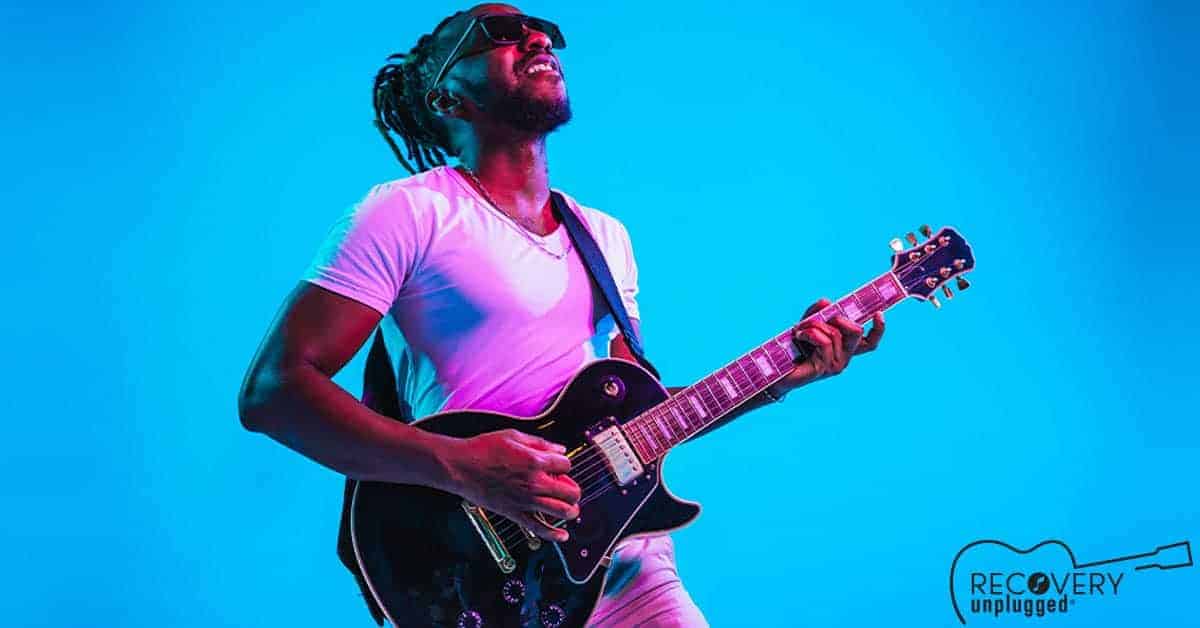 There are stories of struggle, success, and overcoming obstacles in every community. For Black History Month, Recovery Unplugged has decided to highlight black success stories and honor recovering addicts in music.

As humans, we tend to idealize celebrities, failing to see the hurts they’ve hidden from the public eye. These six stars opened up in the past about their struggles with substances and how it has impacted their lives.

Every single one of them celebrated their sobriety, and have become better people as a result of their recovery. Now, they live fuller lives in recovery, and have been actively working on themselves.

Check out these black musicians who have decided to let go of their addictions and embrace recovery.

Although he’s one of the most successful rappers in contemporary music, Gucci Mane struggled to handle fame in the beginning. “I can’t say I enjoyed it,” he tells ESPN in an interview.

He may be enjoying it now, but his early career was plagued with violence and paranoia. He describes it as a blur, filled with drugs and fear. He feared that he would hurt someone and that his past would eventually catch up with him.

It wasn’t until he served time that he had time to reevaluate his life and how he had been living. He recognized that what had begun as an occasional indulgence became something he began needing in order to function.

Prior to prison, he could have never envisioned himself living without lean and other drugs. He didn’t believe that it was something he was capable of.

Gucci Mane describes quitting lean as a torturous process. Although the withdrawals left him feeling weak and physically ill, he never lost hope throughout the process.

In the end, he found that the pain was worth it. Now, he feels thankful and blessed to be able to live a conscious life in sobriety.

He discussed his struggles with substance abuse in more detail in his autobiography, The Autobiography of Gucci Mane.

Superstar Mary J. Blige has always been candid with how her state of mind impacts her music. Her music has always allowed us to see and hear how Blige has battled her demons over the course of her career.

Blige has also been candid about her issues with addiction and her recovery. She began using as a teen, and as she became more successful her substance abuse increased. In the past Blige shared about the origins of her addictions, and how she began using to cover up childhood abuse.

Blige referred to drugs as her crutch, saying that addicts use in order to cover up some kind of pain. She admitted that every time she used, she was trying to numb her darkest moments. To break free of her addictions, she had to address the root issues she was trying to cover up.

In the end, it was reminding herself that God loved her no matter what that helped her get clean. She learned to accept that her addiction “didn’t happen for no reason” and who she is now.

A pioneer in music and the ex-husband of the late Whitney Houston, Bobby Brown has been open about his history with abuse. After losing both his ex-wife and eldest daughter, Bobbi Kristina Brown, to overdose-related deaths, Brown struggled with substance abuse himself.

It wasn’t until a brief stint in jail that Brown realized he needed to get clean and sober for good. After being arrested and pleading “no contest” for driving under the influence, Brown received a 55-day jail sentence.

In the end, Brown’s decision boiled down to being a better father for his remaining children. “I didn’t want my kids to grow up and see me in that type of light,” he told ABC News.

In the very early 80’s, Natalie Cole’s mother checked her into rehab for three weeks to battle her cocaine addiction. After finishing rehab, she bounced back better than ever and released her album, “I’m Ready.”

Even though she trumpeted her recovery and spoke about it on television, it was all for show. In reality, she was nervous, depressed, and so far from really being “ready.” In an interview with the LA Times, he admitted to being barely able to function, and that drugs and alcohol took control of her life.

After a couple of years of spiraling, Cole checked herself back into rehab for a second time. This time, however, she stayed for six months instead of just three weeks.

It was only after surrendering herself to the prospect of real recovery that she found her way out of addiction. Although Natalie Cole passed away in 2015 from long-term complications related to her substance abuse, she passed clean and sober.

Although Slash had a couple of years clean during his run with the band, departing Guns N’ Roses was difficult. As a result, he slipped back into substance abuse in order to cope.

After almost ten more years of abuse, Slash finally decided it was time for him to give up the drugs. “Nothing was doing it for me and I decided I had to stop,” he said in an interview with Belfast Live.

When he was ready, he embraced the rehab and treatment experience with gusto. Instead of putting so much energy into drugs and alcohol, he began putting himself into his music.

Slash has been clean since 2005, and continues to pour his heart and soul into his music.

Rhythm and blues legend Chaka Khan is another celebrity who opened up about her painkiller abuse. After the death of Prince back in 2016, she decided to pursue rehab for her own issues with fentanyl.

Due to her long-standing friendship with Prince, Chaka Khan honored his memory by deciding to drop the drug that stole his life. The 63-year-old Grammy Award winning artist checked herself into rehab alongside her sister in 2016. Khan has been open about her sobriety since.