What started my journey into active addiction was me just trying to fit in in highschool. I felt like the people around me who were smoking a lot of weed were cool. So when I found weed and alcohol, I kinda just jumped right in. I identified myself as the “high guy” everyday. So I was always that guy you could expect to be high, and I made an ass of myself, but I loved the attention I got from making an ass of myself. The attention kept supporting that behavior. Then I found pain pills, which came in and out of my life. When I found Roxies is when I really just went off and I loved those things. I fell in love right away and I just kept using every single day.

Active addiction for me...It’s funny because like, if you asked me what it’s like when I was going through it, I feel like I would have told you that it was fine and everything was okay. When I look back though, I felt like my life was just standing still and that what little identity I had was who I thought I was. I was just turning into a generally bad person and I hated myself. There were moments of clarity where I would come-to out of a stupor and I would realize that I was just doing things that I never thought I would ever do or say to anybody. Those were the moments where I would just start crying. I still remember specifically three or four times of just crying in bed where I would just say I hated myself to whoever I was with. They would ask me, “Why?” and I couldn’t answer them because I didn’t want them to really know what was going on. But looking back, it was awful and I was totally lost.

I didn’t realize I wanted to be clean until I was actually in treatment. When I was in treatment that first week, everybody at home kinda realized, they saw the Hyde side of Jekyll. They saw the dark side of everything that was going on. They looked at my bank accounts, they talked to people, they got people to corroborate my whereabouts and all of these things and they found out the truth of this hidden side that I had. Two things that happened: One that was like my little fantasy land, where if nobody else knew about it, then it wasn’t real, so I was able to get away with all of these things that I was doing and tuck them back somewhere in my mind. It was like I wasn’t really this person and I was able to separate the person I was presenting to people from the person I really was behind closed doors. But when I called my Dad, after they found out everything, it kind of devastated me and made it real. It made me feel like, “Oh my God, that really is me.”, that other side, it’s not just some fantasy land. When I called him, he told me, “Good luck finding your way home” and that they wanted nothing to do with me anymore and hung up on me. They really didn’t answer my phone calls for weeks and I was alone in Minnesota in some treatment center. It made me realize that I was not just affecting myself like I thought I was. That was my motivation to stop, when I realized I was actually hurting my loved ones. They weren’t just pretending to be hurt, they were actually being hurt and I was really destroying their lives and that they really love me enough to just wipe the slate clean and not talk to me anymore.

Today my life is so much better. I feel like recovery gave me the identity that I was searching for all along. Because the slate was wiped clean when I was in treatment, when everybody found out what was going on, I had to get rid of all of those bad behaviors and start working on myself. I started to develop positive habits and started being a functioning human being. I felt like I was given a sense of purpose because I didn’t have one my whole life and my drug use became my identity. Recovery over the course of years, it wasn’t anything quick, has given me a sense of purpose and a sense of identity. I really care about myself today, I feel fulfilled, I feel a sense of self worth that I never had before. There’s never been a night in recovery where I’ve gone to bed crying and saying I hate myself. It just doesn’t happen anymore. I go to bed proud of myself most nights. Of course I still have some nights that aren’t the best, but for the most part I just feel a sense of value that I never had before. 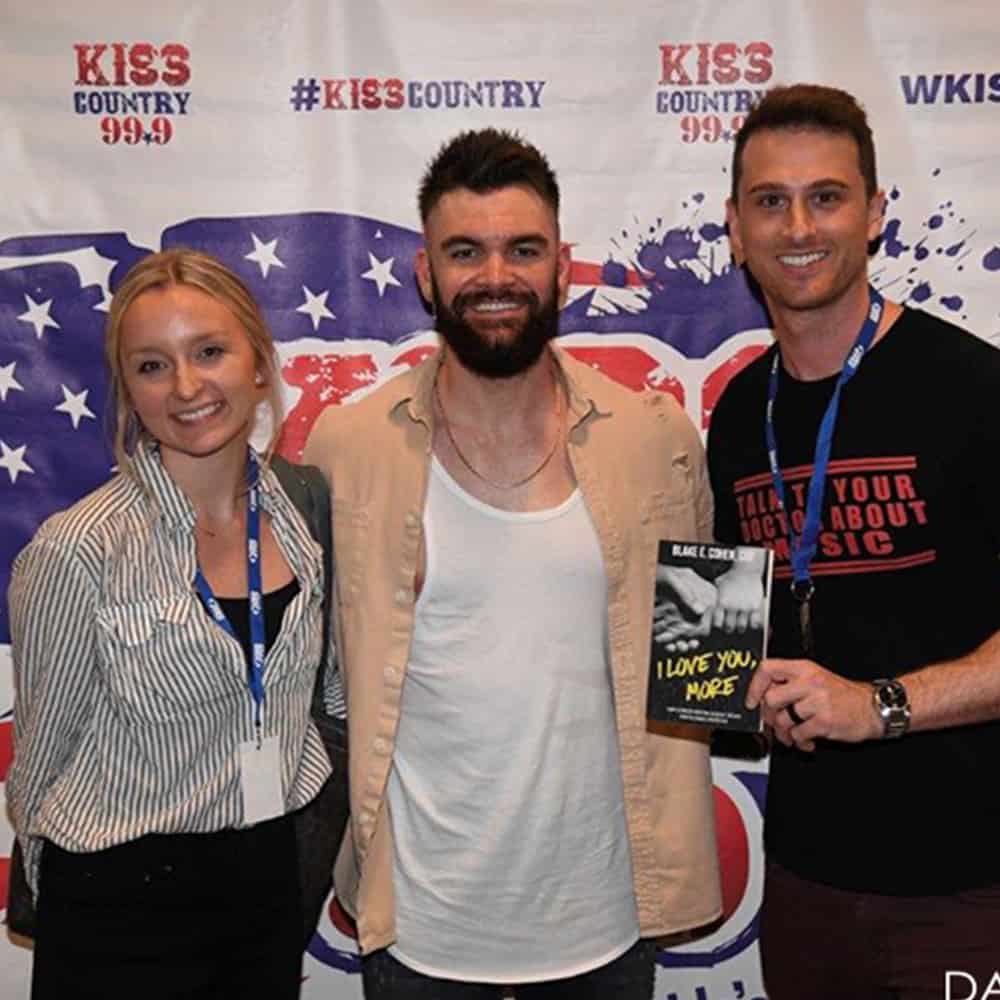 Part of what’s been cool about recovery is that you have the opportunity to do whatever you want to do. It’s weird, like when you’re working towards such a great goal of saving your own life, you realize that if you put hard work into something, that you can reap really incredible benefits. You realize how much value that actually gives you and the confidence it gives you. One thing I’ve always wanted to do is be a best-selling author. That was literally a goal I’ve had on an index card forever, but you can’t do that unless you write a book. So, I had this idea for a book that kind of stems from the situation with my family. Like I said, when I realize I hurt my family, I saw their perspective for the first time and that motivated me to get clean. The book I wrote is called, “I Love You More” and it’s short stories of addiction, recovery, and loss from the families' perspective. It offers perspective and insight through fictional stories, but they are very true to real life that give you that other side and show you what it’s like in everybody’s shoes in the families, including the substance user. There’s stories of death, stories of continued use and there’s stories of recovery that are really nice and beautiful. There’s still a lot of anxiety and worry in all of that. But, it’s been really cool and the responses have been awesome, everybody seems to like it and it’s on the best-seller’s list. I am now technically what I’ve always wanted to be.

It’s hard to just give one piece of advice to families since every situation is different, but sometimes your loved one just needs to be loved, hugged and appreciated no matter what they do until they realize that they belong with you. And sometimes, they need to be cut off, pushed away and shown the damage that they’re doing, and a boundary needs to be put up. 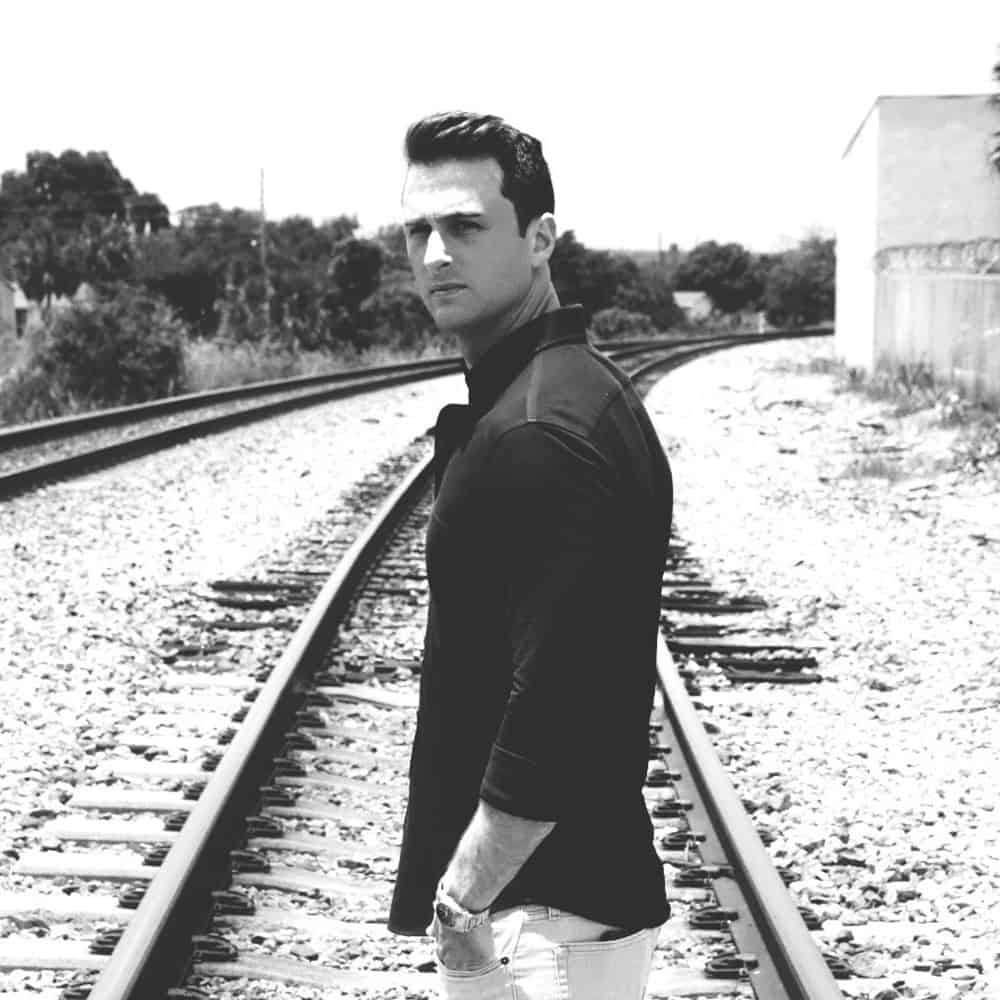 To someone who’s in active addiction and who’s tried recovery for the first time: Don’t ever think that you’re going to get into recovery and think it’s going to be easy, that it’s going to be a cakewalk, or that you’re going to stop using drugs and alcohol and you are just going to get better. It’s going to take hard work and it’s way more about the behaviors and thought processes. So, be ready to do some work but I swear to you on everything that it’s worth it. If you put it in the time and the effort that the juice is worth the squeeze.

With Recovery Unplugged and outside of Recovery Unplugged I get to educate people on the disease of addiction. I get to bring awareness, help break down the stigma and help normalize it. Right now I am working on a campaign called “Rehumanize”, where we are trying to change the way that we talk to each other and deal with each other. I think that we need a cultural shift where we start showing compassion to one another and help each other feel appreciated again because we are so disconnected right now. I don’t care if it’s a simple pat on the back, a compliment about somebody’s hair, a hug every once in a while or an I love you. We need to start talking to each other like we’re humans again and stop living in this world where we act like social media is real life. And I get to do this cool stuff with Living Skills where I go to schools and educate kids. It’s been awesome to be able to kind of turn the tourmile of addiction into a success and to be able to go and help other people.