Examining the Link between AIDS and Addiction on World AIDS Day 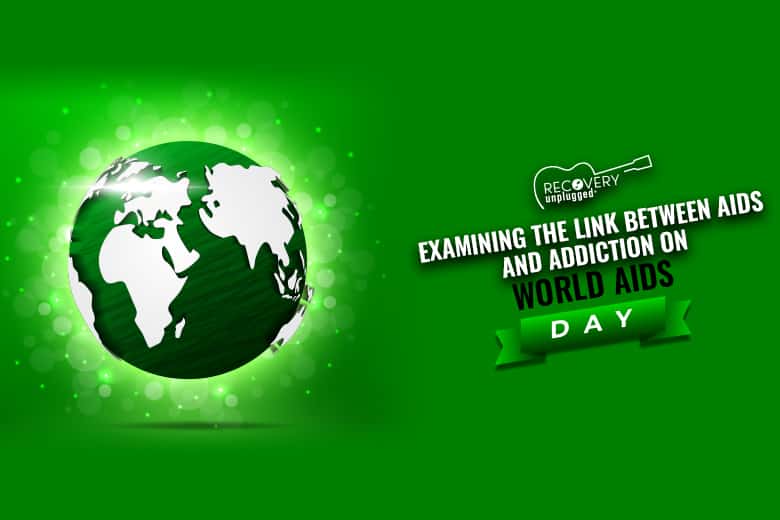 Examining the Link between AIDS and Addiction on World AIDS Day

Today marks World AIDS Day 2020. This year’s theme is Ending the HIV Epidemic: A Plan for America (EHE). In a year that’s been dominated by an entirely separate global pandemic, it’s easy to forget, but  more important than ever to remember,  that there are over one million Americans currently living with HIV, about 14 percent of whom don’t know it and need testing. It’s also important that we keep addressing the relationship between addiction and AIDS and the disproportionate impact of both on the LGBTQ+ community.

The United States Department of Health and Human Services established World AIDS Day in 1988 in response to the sweeping and deadly pandemic that consumed the world and confounded public health experts every where during its early proliferation. As we find ourselves in the midst of another public health crisis, it’s hard not to draw parallels between disparities in cultural awareness and the haste with which public health entities must act in addressing them. In addition to gay and bisexual men, HIV/AIDS also continue to disproportionately affect racial and ethnic minorities; the same can be said for the COVID-19 pandemic.

It’s imperative that the ongoing effort to eradicate AIDS include thorough and action-oriented examination of issues that lead to higher rates among sexual and ethnic minorities, as well as the factors that create barriers to treat for these groups. Recovery Unplugged is acutely aware of the pervasive relationship between HIV/AIDS and addiction, and just how much it impacts this consistently vulnerable population.

AIDS and Addiction: A Deeper Look

There are multiple medical, behavioral and cultural factors that deepen the intersection of AIDS and drug addiction. The National Institute on Drug Abuse reports that people who engage in drug use or high-risk behaviors associated with drug use put themselves at risk for contracting or transmitting viral infections such as HIV, AIDS and others. Data from the Centers for Disease Control and Prevention (CDC) indicates that one in 10 HIV diagnoses occur among people who inject drugs. Approximately 20 percent of all HIV diagnoses in male patients, and 21 percent among women are the result of intravenous drug use.

In addition to the direct medical connections between the risks of HIV and drug use, there are multiple behavioral factors that can, and do, strengthen this correlation. One of the most glaring examples of this is rates of unprotected sexual contact. Unprotected is significantly higher among both heterosexual and homosexual drug users. This includes injection drugs, like heroin as well as other types of drugs, such as  cocaine.

If you or someone you care about is engaging in injection drug use, and you have not yet been able to find your way to treatment, you can lessen,  NOT PREVENT, your chances of viral contraction by not reusing needles, going for frequent blood tests and vaccinating yourself against hepatitis A and B. You should also talk to your physician about pre-exposure prophylaxis or PrEP, which is a daily medicine to help prevent onset of HIV. The best thing you can do to protect yourself against IDU-related HIV/AIDS, however, is get the treatment for your addition. No harm-reduction intervention is guaranteed to be effective in the prevention of these viruses, and there are significant dangers of injection drug use that go far beyond viral infection. Start getting treatment now.

Putting It All Together: AIDS and Addiction among the LGBTQ+ Population

If there is one group that has proven singularly vulnerable to both AIDS and addiction, it’s the LGBTQ+ population. Medical risks, mental health issues and other factors have, for years, rendered them more exposed than any other community: Sexual minorities are at increased risk for various behavioral health issues, according to data from the NIDA. The Substance Abuse and Mental Health Services Administration’s (SAMHSA) National Survey of Drug Use and Health indicates:

At the same time, LGBTQ+ adults remain significantly more vulnerable to HIV/AIDS. The CDC reports nearly 70 percent of all new HIV diagnoses are among gay and bisexual men. They also report that anal sex is the leading driver of new diagnoses, with injection drug use coming in second. Stigma and prejudice continue to preclude LGBTQ+ adults from minimizing exposure and getting help. Recent data from Kaiser Family Foundation indicates that 15 percent of gay and bisexual men had received poor treatment from a medical professional as a result of their sexual orientation, and least 30 percent did not feel comfortable discussing their sexual behaviors with a healthcare provider.

One of the primary treatment obstacles to both addiction and general medical treatment among LGBTQ+ patients is that they don’t feel they can trust their care providers. Recovery Unplugged has long-been committed to provided safe, effective and non-judgmental care to this community so they can reclaim their lives from substance abuse. We offer inpatient, outpatient and residential treatment, as well as comprehensive care for all associated medical issues in conjunction with their addiction treatment. Our expert doctors and nurses are here to provide exemplary treatment for the totality of your substance abuse and related diagnoses, including HIV/AIDS and other issues.

Below are some resources that allow your or your loved one get help and support when living with HIV/AIDS diagnosis:

If you or someone you care about is struggling with simultaneous AIDS/HIV and substance use disorder, don’t be afraid or ashamed to get help.