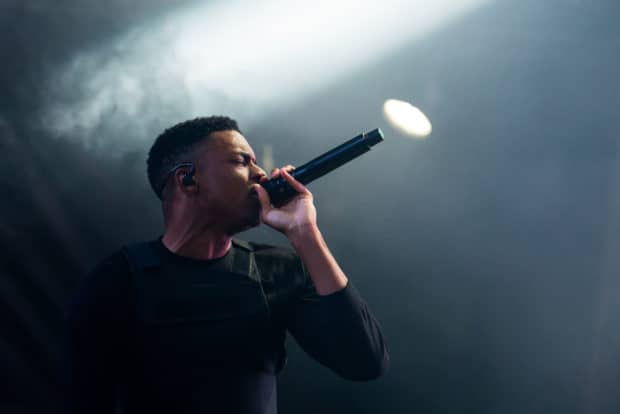 It’s a common and dangerous misconception that substance use and the creative process are directly intertwined; that bands and recording artists do their best work when they’re under the influence, or that the difficulty they experience while using is prime creative fodder for songs. The reality is that creativity runs deep, and can flourish in sobriety and recovery.

As part of our Creative and Clean Artist Showcase Series, Recovery Unplugged is highlighting bands, songwriters and musicians who are thriving creatively and personally in recovery. These artists’ stories fully illustrate the power of recovery in the creative process and remind other artists that they’re infinitely more than their drug and alcohol use. We continue our series with Vince Staples.

Vince Staples, the 25-year-old, California-based rapper, breaks away from many of the stereotypes that have been attached to and associated with young black rappers nowadays. Most notably, Staples has never drunk alcohol or taken drugs at any point in his life, a topic he has become more direct and slightly testier speaking about considering many outside observers tend to box-in rappers that are clean and sober. As an outlier in an industry dominated by images, lyrics, and stories of artists using drugs and alcohol, Staples is very wary of the cliched and patronizing narrative assigned to black musicians and the fact that people don’t expect a clean lifestyle from someone of his age and status.

Staying Away from Drugs and Alcohol

In an interview concerning how he functions creatively while clean, Staples described his sobriety as a survival mechanism in the neighborhood he grew up in rather than a conscious decision he made over the course of his life. Because being clean wasn’t something he ever actively tried to maintain, it can be exhausting to constantly be asked how “you end up being in the ghetto… and not experienced drugs, not experienced alcohol?” People where Staples is from don’t use drugs recreationally at parties, shows, or clubs, “life comes day after day after day, and people use these things to cope.” According to Staples, when he was surrounded by death, dismay, and poverty, there wasn’t time to worry about whether he should be using or abusing drugs and alcohol. He was too busy constantly trying to live through the next fifteen minutes to think about the “why” behind his sobriety.

Dodging the Disease of Substance Abuse

Vince Staples isn’t 100% sure if there’s a specific reason as to why he is not inclined to use substances, considering all the occurrences over the course of his lifetime. In Staple’s own words, “I don’t know if my father doing or selling drugs affected me not doing drugs. I don’t know if the dozens of friends I lost in middle or high school affected me not doing drugs. I don’t necessarily know.” The very last thing that he was thinking about was getting high, which has affected his approach to sobriety as compared to other musicians in the industry. Reality hurts, but addiction hurts just as much in a different way, even if it can numb the immediate pain of reality. Like Staples said, “It’s just which pain you choose.”