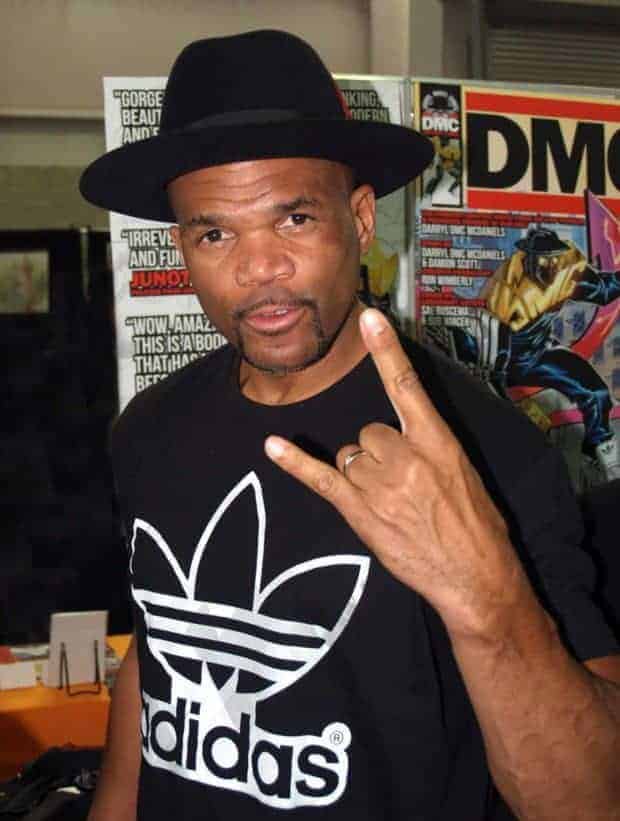 When we buy a record or a ticket to a live show, we tend to focus only on the finished product: the way the beat drops, the way the lyrics cut and resonate, the way the production evokes inexplicable emotion. Very few of us are thinking about what it took for the musicians to gain the confidence and impetus they needed to write the music, record it, get on stage to perform, and to keep performing. While we’re not so naïve as to ignore the decades-long relationship between popular music and substance abuse, it’s hard to imagine that this relationship can start so early. After speaking with hip-hop pioneer and founding member of Run-DMC, Darryl McDaniels, it became painfully clear just how deep this relationship often runs. What stood out most from our conversation, however, was the demonstration of music’s power to save lives rather than complicate them.

Recovery Unplugged recently caught up with McDaniels to discuss his new book: Ten Ways Not to Commit Suicide. The book chronicles McDaniels’ ongoing struggle with alcohol and mental illness as well as music’s role in his healing process. When asked what ultimately motivated him to write the book, McDaniels replied: “In my daily travels, people would ask me ‘What’s up with you?’ So I would politely tell them things like how I just got out of rehab or that I was on my way home from therapy or that I just found out that I was adopted. I realized the same way I was inspiring people with the good truth of things that I’ve been through, I could still inspire people with the other truths about myself. So after visiting a lot of elementary schools and group homes to speak to people in similar situations, I had about 20 to 30 people telling me I should write a book.” The King of Rock eventually listened and the memoir was released on July 5th of this year.

McDaniels discussed how he relied on alcohol to build his confidence so he could perform on stage. This self-medication continued for decades and spanned the entirety of Run-DMC’s dominance of the hip-hop and pop music landscapes. “Before I discovered alcohol as what I now see as a false confidence booster, my prior confidence came from within. When I first got into the music business, recording was safe to me. There was no MTV; there were no album covers or videos. In the beginning, hip-hop was just a creative writing adventure for me. I could tell these stories, I could get on a record with Run, they’ll be on the radio and nobody would know it was me. I didn’t know that when those records became hits, you had to get up on stage and perform them. It started with me saying ‘Let me just have a drink before I get on stage.’ As we kept getting more successful, that one drink turned into 50 drinks and a case of 40’s [40-ounce bottles of liquor] a day. I thought I needed that to be who I was already.”

When asked if he ever encountered any other substance use issues, McDaniels disclosed a brief flirtation with cocaine, citing a period in the 1980’s when use was pervasive in all circles. He said that he stopped using the drug in 1989.

The King of Rock Speaks Up

In treatment, McDaniels was diagnosed with suppressed emotion, a condition that commonly leads to substance abuse and chemical dependency. He discussed the role this diagnosis played in his treatment and subsequent recovery. “It meant that from that moment on, the most important thing that I could do was express how I felt in my truth. It was the one time that I had to be selfish. I’ve learned not to suppress my emotions because it will do abnormal, damaging things to the person that I really am.” He describes a breakthrough he experienced when he first got to rehab and was confronted by his therapist when he answered “No” to the question of whether any one of his group mates or label executives ever did anything to upset him. “Right after that it just poured out. I didn’t know that, back then, I had the power to handle, navigate and control my situation. When the alcohol wears off, the truth and the emotions are still there.”

Perhaps one of the more illuminating parts of our discussion came when McDaniels discussed the importance of putting one’s self first, particularly before career or money: “Some days I wake up and get that little feeling that I don’t want to do something. I have to make sure I feel good as Darryl, no matter what circumstances or environment I’m in.”

Saved by Sarah and the Dark Side

In the book, McDaniels outlines in great detail how music has helped in his healing process, specifically crediting Sarah McLachlan’s “In the Arms of the Angel” with inspiring him: “I get in a car one day after doing another show with no voice [questioning why and how I’m doing this].” McDaniels has been battling a voice condition called spasmodic dysphonia for years. “The driver looks at me and, because I’m DMC, he wants to put on rap music. Rap was the last thing I wanted to hear. He turned the radio to this light FM station and I heard “In the Arms of the Angel” with that piano and that voice and that music. Something in me said ‘D, it may be [messed] up now, but if this exists, it’s good to be alive. Every day for the rest of that year, that’s all I listened to.” McDaniels then went out and bought all of McLachlan’s records, beginning and ending each day by listening to them. He claims the lyrics spoke to him and maintain their resonance to this day. “The music put life in me.”

McDaniels and his Run-DMC cohorts carved a spot in musical history largely by transcending genres and crossing musical boundaries, so it’s altogether fitting that he found therapy in a wide variety of artists, including Pink Floyd. He describes an experience he had in a Portland hotel room where he heard the song “Us and Them” for the first time: “I didn’t know who it was, but it was this record called ‘Us and Them’. I didn’t even shower or unpack my bags. I just sat there and listened to the voices, the music and the sound of the drums. So I went out and bought Dark Side of the Moon.” McDaniels also cited artists like Creedence Clearwater Revival and Crosby, Stills, Nash and Young with further enriching his musical reawakening. Side note: How many of us would do anything to hear Dark Side of the Moon for the first time again?

Back In the Lab

To fans’ utter delight, McDaniels’ renewed vigor and enthusiasm has led to the creation of a new studio album to be released in the spring. In keeping with his career-long motif of musical diversity, the record includes collaborations with a variety of artists such as Sum 41, Tim Armstrong (Rancid), Sebastian Bach (Skid Row), Mick Mars (Motley Crue), Travis Barker (Blink 182), Rob Trujillo (Metallica), Justin Furstenfeld (Blue October), Chad Kroeger (Nickelback), Billy Joe Armstrong (Green Day), Joan Jett and plenty of others: “Originally it was going to be a new DMC solo album,” says McDaniels. “Then I sat back and realized it’s not a DMC solo album because I have so many guests on it.” The compromise was to call the record DMC, but as an acronym for Dynamic Musical Collaboration.

McDaniels says that while there are a few classic “king-of-rock-style” songs on there, the album is a political, historical and innovative blend of hip-hop, punk, metal and classic rock. Decades after he initially burst onto the rap scene, it appears McDaniels’ career has come full-circle, and that he is once again driven by the same forces of internal creativity that made his role in Run-DMC so special, before alcohol was even a factor: “Run-DMC clicked when Run did Run as who he was, DMC did DMC as who we was and Jay did Jay as who he was. These new songs are coming out so beautifully because we’re just going in, asking what kind of music we want to make and what we want to talk about.”

McDaniels’ renewed self-awareness appears to have permeated all aspects of his life, including his work and his everyday emotional wellness. Thanks in large part to his time in treatment and therapy, the inability to speak up and let his voice be heard is no longer an obstacle with which he has to contend on a daily basis: “I was labeling myself falsely. If I speak up and express my opinion, I’m not a troublemaker, but I was saying ‘I don’t want to be a troublemaker, so I won’t say anything.’ That’s not right. The music that we’re making now is fun, spontaneous and relevant to everybody that’s in the room, and I think that’s important.”

Although McDaniels’ contributions to popular are indeed unique, he will be the first to admit that his struggles with alcohol, depression, suicidal thoughts and lack of confidence are not: “My situation is just me being DMC in music, but what I went through in my world is the same thing the UPS driver goes through, the same thing the journalist goes through and the same thing the man on the corner goes through.” Now more at home than ever in his own skin, he no longer feels the need to recapture the glory of his past: “My career excelled when I started making the records that I felt good making. Now, if the record’s a hit, it doesn’t affect me and if it’s not a hit, it still doesn’t affect me.”

As for those who continue to struggle with issues identical or similar to his, McDaniels has a few fundamental pieces of advice: “When you admit how you feel, you can heal. It’s OK to admit you feel worthless, but you have to figure out who or what is making you feel that way. That’s what human beings are scared of, because it’s often people who are close to them.” He also stressed that regardless of whether or not you can afford a therapist, there’s always someone around to talk to and that, more often than not, they’ll be going through a similar experience.

When asked how addiction and depression sufferers can better incorporate music into their own healing processes, he offered the following words of wisdom: “Find your favorite songs and listen to them over and over again. Those feelings that Sarah and Pink Floyd gave me put strength in me so I could fight my battles.”

Ten Ways Not to Commit Suicide is out now in print and audio. DMC: Dynamic Musical Collaboration will be released in the spring, however you can get a sneak peak at the album by hearing the single “Flames”.