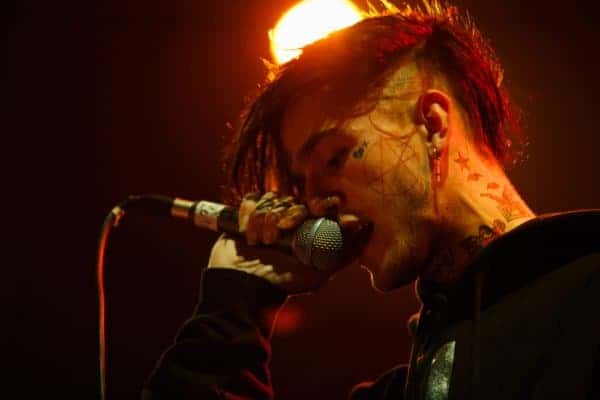 It’s been over two years since rapper Lil Peep died from drug overdose. His mother is now suing his management in a case that can have a lasting impact on drug use in the music industry. The 21-year-old Lil Peep overdosed on Xanax and fentanyl in 2017. Since his death, he has posthumously released the tragically titled “Come Over When You’re Sober, Pt. 2”, and there is a documentary about his life and career entitled Everybody’s Everything that is slated for a November 15th release. Perhaps the most resonant aspect of Lil’ Peep’s legacy, however, is how his death will affect the way music industry deals with drug use and mental health.

Liza Womack, Lil Peep’s mother, claims that his management company, First Access Entertainment, is directly culpable in his death. The suit alleges that, although Peep was reportedly feeling “stressed, overwhelmed, burnt out, exhausted, and physically unwell,” his managers pushed him “onto stage after stage in city after city, plying and propping him up” with assorted substances. A member of Lil Peep’s management team and his former tour manager have been named in the suit alongside First Access Entertainment. While Womack acknowledges that Peep played a role in his own death, she argues that Peep was, at his core, an “impressionable kid” who was mishandled by his management.

First Access Entertainment has categorically denied any culpability in Lil Peep’s death, and has issued the following statement:

“Lil Peep’s death from an accidental drug overdose was a terrible tragedy. However, the claim that First Access Entertainment, any of its employees, or Chase Ortega, or anyone else under our auspices was somehow responsible for, complicit in, or contributed to his death is categorically untrue. In fact, we consistently encouraged Peep to stop abusing drugs and to distance himself from the negative influence of the drug users and enablers with whom he chose to associate.

“It is extremely disappointing that Peep’s mother would file this meritless lawsuit, since she is well aware of the numerous efforts made by First Access and Chase Ortega to steer her son away from his concerning lifestyle choices. Unfortunately, in spite of our best efforts, he was an adult who made his own decisions and opted to follow a different, more destructive path.

“After comprehensively reviewing the facts, the Medical Examiner ruled that Peep’s death was accidental; likewise, the Tucson Police Department conducted a thorough investigation and concluded that his death was the result of an accidental overdose.

“While First Access is deeply saddened by Lil Peep’s untimely death, we will not hesitate to defend ourselves against this groundless and offensive lawsuit,” the statement concludes. “We look forward to its swift dismissal.”

What Does This Mean for Music Industry Drug Use?

In the past, when an artist or musician died from overdose, their management has rarely been found responsible. For example, when Michael Jackson died from an overdose of propofol, it was his doctor who was ultimately found liable. However, management of these prominent figures are coming under increased scrutiny, and it’s not just in the music industry. The recent case of Los Angeles Angels pitcher Tyler Skaggs directly implicates team personnel and other management parties in his fatal overdose. Analysts and experts say that Womack’s lawsuit, which includes wrongful death, as well as three types of contract-related breaches, goes in her favor, it could send a strong financial message and moral message to the music industry.