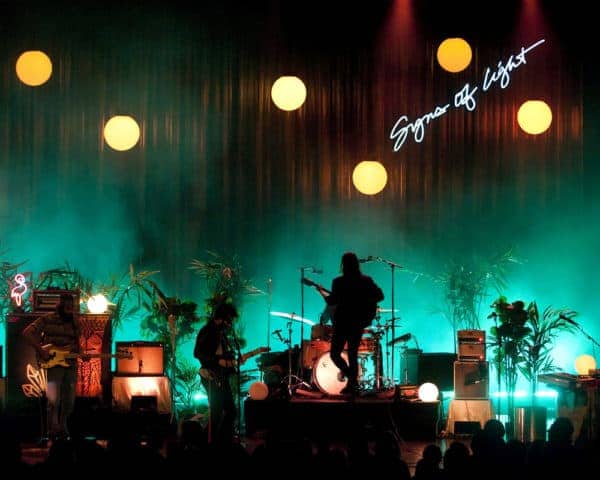 If there’s one thing Head and the Heart singer Josiah Johnson’s addiction has reinforced, it’s that there’s no convenient time for the disease. It doesn’t wait until after you’ve realized your professional or personal ambitions, or until you’re “ready” or “prepared” for it.  The Head and the Heart learned this first hand last year when vocalist, multi-instrumentalist and founding member, Josiah Johnson took a leave of absence from the group to enter treatment for drug addiction. The decision came at a decidedly breakout moment for THAHT, as they prepared to work on a new record and play some of their largest performances ever. For a while, the group struggled with filling the void left by Johnson, whose strained and longing vocal stylings gave the band a distinct sound and propelled them to success.

A year later, and one month after the release of their latest record, Signs of Light, both Johnson and his THAHT cohorts seem to have found their footing. While Josiah Johnson’s addiction kept him from lending his talents to the entirety of Signs of Light, the album’s title-track was written by the recovering front-man. In a recent interview, THAHT singer and violinist Charity Rose Thielen seemed enthusiastic regarding Johnson’s return to the fold, a sentiment that was echoed by fellow member Jonathan Russell. Signs of Light was released on September 7th to wide acclaim. It is the band’s first major-label effort, and their first collaboration with a producer.

Josiah Johnson’s addiction and subsequent leave of absence perfectly underlines that, while growth and change can be painful and disruptive in the short term, it ultimately makes us stronger. It also illustrates that when addiction impacts our lives, we have to seek treatment before we do anything else, no matter who we are or what our plans may be. Whether it’s our friends, families, colleagues…or band-mates, we can’t be what we need to be to others until we do the necessary work on ourselves. Recovery Unplugged wishes Johnson a healthy and successful recovery, and his THAHT band-mates continued success. Listen to The Head and the Heart’s new album Signs of Light now.