Drinking and Cinco de Mayo: What You Need to Know 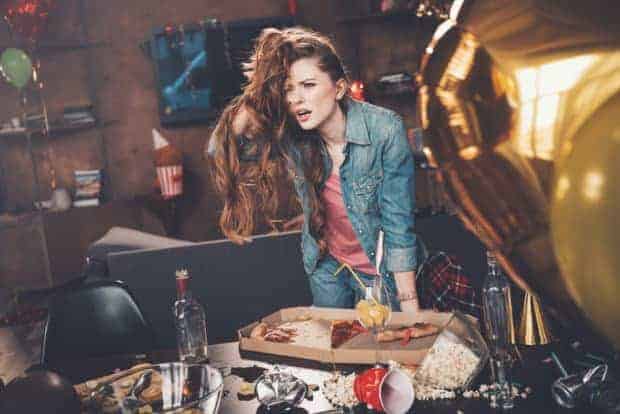 Drinking and Cinco de Mayo: What You Need to Know

Recovery Unplugged concludes our Alcohol Awareness Month blog series by focusing on high rates of alcohol consumption on Cinco de Mayo. The heavy drinking that occurs during this holiday can easily counteract the spirit of the month-long event that came right before it, and Recovery Unplugged wants to encourage everyone to be safe, responsible and sober this May 5th.

Cinco de Mayo…that’s that holiday when the Mexican Army drank margaritas with the French and then went shopping for the best deals of the season, right? Well…actually…no, not really; but that’s more or less what it’s come to mean here in the United States. This Sunday, millions of Americans will be commemorating Mexico’s 1862 victory over France the only way they know how: with a drink or sales flyer in hand. Cinco de Mayo, for whatever reason, has come to be one of the heaviest drinking days of the year, and that distinction has not come without its share of consequences. Beyond doorbuster sales, vaguely (or sometimes overtly) inappropriate memes, and allusions to “fiestas”, there is a genuine and documented cause for caution against alcohol abuse while celebrating on this day.

Here’s some food for thought that’s not on the half-price happy hour menu. The National Highway Traffic Safety Administration reports that nearly 40 percent of all motor vehicle fatalities that occurred each year around May 5th involved impaired drivers or motorcycle operators with blood alcohol concentrations (BACs) of .08 and above. Data reported by the Washington Times indicates that Cinco de Mayo eclipses other heavy-drinking holidays like the Super Bowl and St. Patrick’s Day for beer consumption. Breathalyzer company BACtrack reports that Cinco de Mayo is one of the deadliest days of the year for young drivers. Forbes reports that nearly $21 billion is spent on alcohol every May 5th, 14 percent of which is directly attributable to margarita sales (they also report that Americans go through over 80 million pounds of avocadoes, but that’s beside the point). Tequila and beer are the two most heavily consumed types of spirits around this time of year, both in private gatherings and in bars and restaurants.

When the Party’s Over…

The reality of the unlikely yet pervasive party culture surrounding Cinco de Mayo is that it can pose a real threat to those in and out of recovery. For those who have not been diagnosed with alcohol use disorder, it can be another means of reinforcing problematic drinking for those who tell themselves they can turn it on and off whenever they want , effectively normalizing sporadic binge drinking; for those who are in recovery, it can significantly heighten the threat of relapse. This Cinco de Mayo Recovery Unplugged wants to remind all celebrators to party sober and responsibly, and remind those who are feeling vulnerable to alcohol addiction or relapse that help is only a phone call away. Although Cinco de Mayo is not actually Mexican Independence Day (despite what many continue to believe), you can still use the day to declare your independence from drinking.