Addiction in Sports: Where It Begins, Where It Ends, and What It Does to Athletes 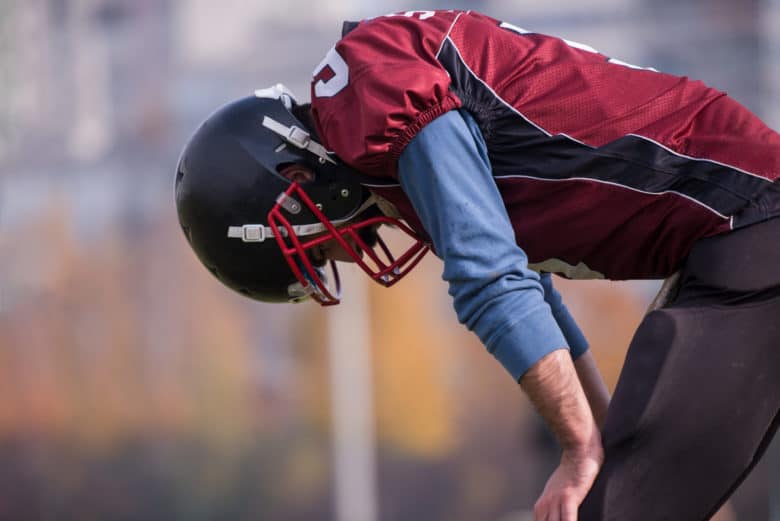 Addiction in Sports: Where It Begins, Where It Ends, and What It Does to Athletes

The toxic presence of drugs and alcohol addiction in sports has been well-documented; but we often don’t hear about it until it a singular event brings it to the forefront: the football player who succumbs to prescription painkillers, the baseball player who let a culture of alcoholism almost end his playing time and his life, the basketball player whose career gets cut short because of their cocaine use, or any other tragic example.

We tend to look at these tragedies as stories without beginnings; stories that are created in a vacuum, and stories that, frankly, we’re often willing to overlook, provided we can preserve our culture of professional sports. It’s easy to say from our living rooms on Sundays or water-coolers on Mondays that it’s “too bad” about this pitcher or “such a shame” about that linebacker.

The reality is, however, these stories begin long before they become public, and in some cases, even before athletes reach the professional level. For amateur and professional athletes, knowing when to get help or distance yourself from substances, no matter how baked into your sport’s culture it may be, can mean the difference between success and failure, and more importantly, life and death.

A study published in the Journal of Child and Adolescent Substance Abuse indicates that prescription painkiller addiction among high school athletes has been climbing for years and has had a disproportionate impact on football players. Additional data published by the NIH indicates that:

The NIH also reports that over five percent of high schoolers use narcotics other than heroin and that two percent uses OxyContin. In one 2020 meta-analysis, High school athletes had lifetime opioid use rates of 28 percent to 46 percent.

Multiple factors influence substance use in sports at all competitive levels. Let’s consider the journey and values of the driven athlete; the elite prospect; the player who has it instilled in them that on-field performance is the most important thing. It may be their way out of their dysfunctional circumstances; it may be the only way they’re getting into college; it may be out of a sense of responsibility to their teammates and coach, or it could just be that they truly want to be the best.

The values and priorities that take root in a high school athlete’s head govern their behavior through college and professional competition, including how they handle drug and alcohol use. If a coach tells them to “play through the pain” or they feel a sense of obligation to factors that actually have nothing to do with sports at all, it’s easy to see where a permissive attitude toward substance abuse can take develop.

The College Try: Sports and Addiction at the University Level

The relationship between addiction and sports becomes much more evident at the college level. Stakes are higher, there’s more incentive for everyone to win (players, coaches, administration, and even trustees and donors), and athletes have fewer barriers to access. Although “officially” coaches and conditioning staff are not supposed to give anything but over-the-counter pain relievers for injury relief, there has still been a widespread culture of painkiller dispensation behind the scenes.

If you talk to most college football players, they’ll likely tell you about a “choice” they’re given in the locker room: “Take these pills and make it through the game or don’t and sit out the rest of this half and probably the rest of the season.” You’re a driven, ambitious, singularly focused college athlete for whom every game counts, and who has no idea about the dangers of prescription painkillers; what do you do? This dilemma can easily set the tone for a cycle of abuse and relapse, creating problems well beyond the playing field.

Going Pro: The Impact of Addiction in Professional Sports

Once you reach a certain status as a professional athlete, there’s a whole new set of factors that drive alcohol and drug use, specifically prescription opioids. Players are given free access to drugs and alcohol from opportunistic people in their orbit; they’re given painkillers by people with a vested personal interest in prolonging their playing time, and, historically, they’ve been given little to no resources when their substance use gets out of control. The good news is that most professional leagues are increasingly mindful of these issues, and are offering more robust testing and treatment resources within their ranks.

Professional football, specifically, has battled a culture of painkiller abuse that affects both active and retired players. Data from Washington University School of Medicine in St. Louis indicates that retired NFL players use painkillers at four times the rate of the general population Alcohol also continues to be among the most commonly abused substances in collegiate and professional sports.

Don’t Sacrifice Your Career or Your Life to Drug Abuse

If you or your loved one is a collegiate or professional athlete battling substance use disorder, you don’t have to make the choice between preserving your career and your life. Our doctors and nurses have treated many amateur and professional athletes who have gotten caught up in the cultures of substance use in their respective sports. Recovery Unplugged offers medically supervised detoxification and withdrawal management to help with acute withdrawal symptoms, as well as multiple levels of behavioral rehabilitation to help them address the intense stresses and pressures that drive addiction and substance in their environment.

We understand how easy it is for top-level athletes to define themselves by their careers and on-field performance, but it’s important to remember that you’re a human first and an athlete second. The longer you rely on alcohol or drugs to cope with pressure or prolong/improve your athletic performance, the worse the damage is likely to be to your career, health, and quality of life. Break the cycle of addiction today and contact our representatives to get treatment at one of our many locations across the country. You can do this.