I’ve been clean since November 4th, 2015 and was born and raised in Tampa, FL. I was a very loving and affectionate child, but I was definitely a lot...I always wanted to be doing whatever I wanted to be doing. I had no sense of boundaries. I didn't like being told “no” and would always figure out ways to get what I wanted.

My addiction patterns essentially started with food. My parents are immigrants, so we didn’t really have junk food in the house growing up, but I ate as much as I could of what we did have. I remember at night I would go to the kitchen and pick rice out of the pot and eat it just like that. There was clearly something going on there that no one really knew how to handle.

For the most part, I tried to stay on the straight and narrow because I was in band and very committed to it. I had picked up the trombone in middle school and knew I wanted to pursue music in college. That passion and focus helped postpone my drug use.

I was 17 when I smoked weed for the first time. I liked that it made me feel weird and it was exciting because I knew I wasn’t supposed to be doing it. Once I was accepted to all the colleges I had applied to, I thought that I could take a break and began smoking regularly. I smoked weed every day. I smoked as much of it as I could afford and when I was down to the end, I would scrape the bowl and smoke whatever residue was left. Now that I’m in recovery, I joke about how I smoked weed in the beginning of my addiction the same way I smoked crack at the end of it.

By the time I graduated high school, I was spiraling out of control. The summer before college, I was using every drug I could get my hands on and putting myself in a lot of danger all the time, driving intoxicated any chance I could get. At the time, it was fun and thrilling. Things got more serious and I started intravenously using painkillers. Eventually I switched to heroin and when that became too much, I thought, "If I'm not using a needle then I'm not an addict.” So I stopped shooting drugs and began smoking pills off of foil for a few months before going right back. 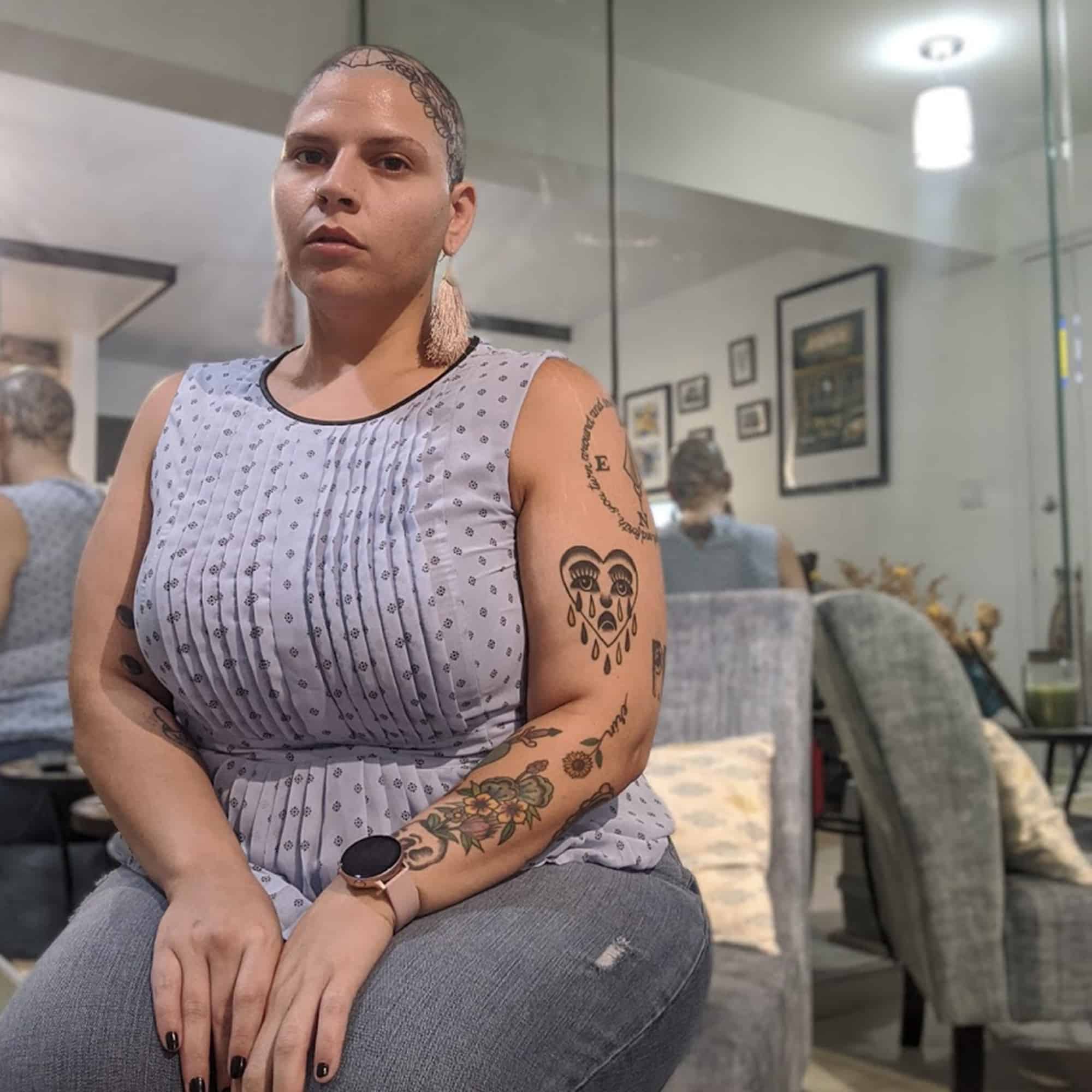 Active addiction was me holding on to any hope that I could use drugs. I think deep down I knew I couldn't keep doing this, but I really wanted to. I tried all the different ways of managing my addiction. Instead, I kept putting my life in danger, but didn't see it that way. I never felt suicidal. I didn’t want to die. If anything, I was using because I thought drugs would make me feel more alive.

I had a few bottoms and they all felt equally bad in their own different ways. My last major bottom, I called my mom at 5 am, high on crack, asking her to come get me. She drove across the state and dragged me out of my motel room. I truly thought I would stay clean after that chaos and embarrassment, but I didn’t. That’s what made me realize I needed help more than ever and led to my final time in treatment.

It took some time and a lot of work to get to where I am now. Things are just truly amazing. I have a romantic partner who cares about and loves me and is beyond my wildest dreams of the person I thought I would end up with. We own a home and establish long-term financial goals together. I sometimes think, “Like, who am I? I could barely plan for the next hour, even before using drugs.”

As far as my individual life, I have creative music, video, and graphics projects that I work on. I make lifestyle changes every single day. I stopped using drugs then eventually put down cigarettes. I wanted to get bariatric surgery and they told me I had to quit vaping too, so I cut out nicotine completely. In December of 2019 I got that surgery as a tool to aid in my recovery from food addiction and have lost over 100 pounds.

Since bariatric surgery, eating is a chore, but so was recovery when I first got clean. I had to put in all this work and do so many different things outside of my comfort zone, but then it all became second nature and I'm grateful for that. I'm hoping that’s happening with this new way of eating.

That's the beauty of being in recovery - the power to make changes for myself and not have somebody tell me I have to do it.

If you're in that place of thinking that maybe there is a problem, there probably is. If you're feeling that what you're doing isn't the best thing for yourself, it probably isn't. If you know that you have a problem and just can’t stop on your own, there’s no shame in getting help. You don't have to be homeless or shooting dope to have a problem. My advice is to explore your options. Use different resources, go to treatment, see a therapist, go to a psychiatrist, go to mutual support group meetings. Whatever it is, those who seek help will find those that can help. The longer you put it off, the higher your chances are of dying. It’s no joke out there today, people are dying left and right. 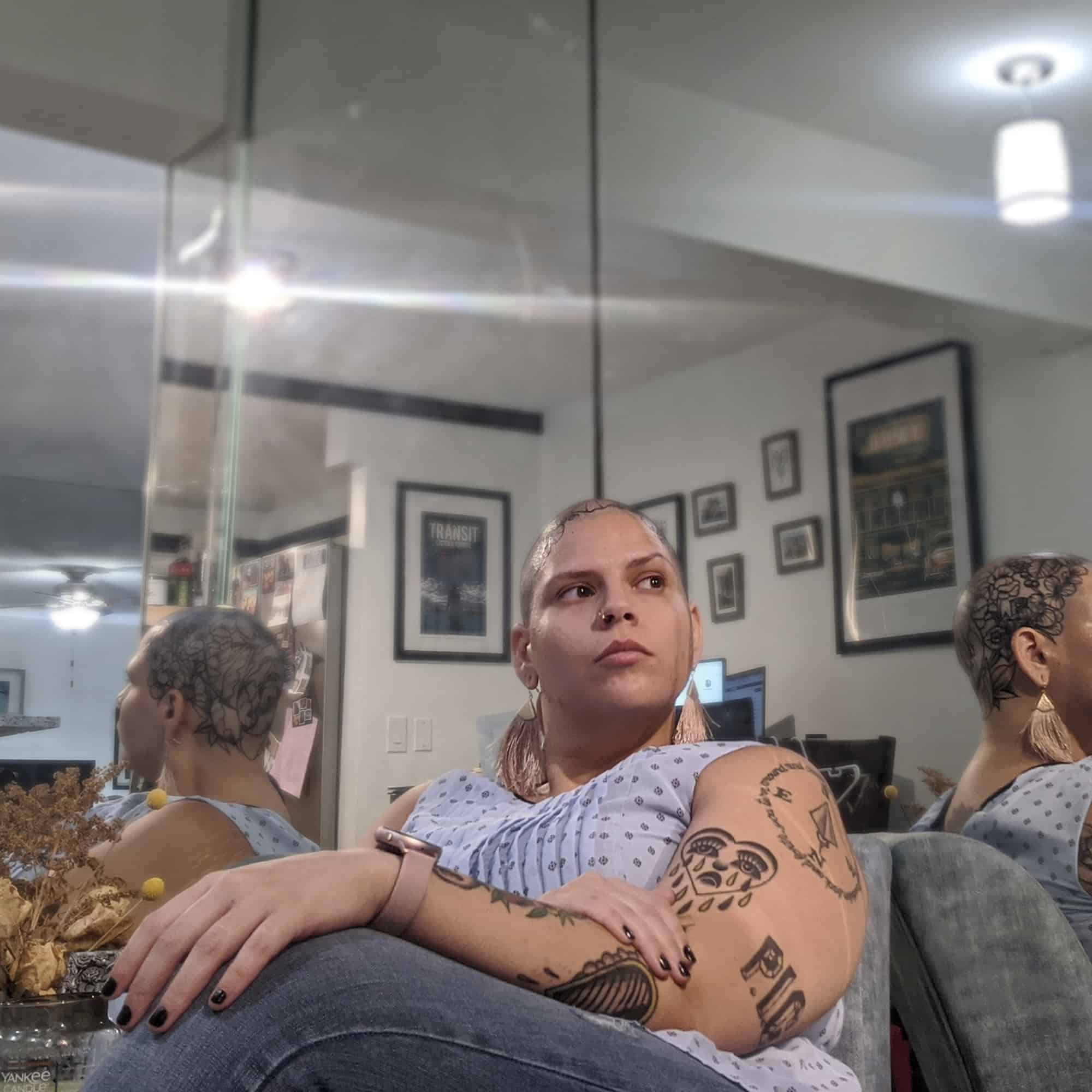 Families are put in such challenging positions when it comes to a loved one using--I did it to my family. It's hard, but just be supportive. When they're struggling initially, let them know if you have an insurance policy or financial resources that can get them help, because oftentimes they don't know. I didn't even know what treatment was until my mom showed me.

If you're dealing with an addicted child or loved one who’s in recovery, you may think that everything's fine now. I'll speak for myself. I'm still an addict. And the risk of relapse is always there. It's always a choice for me. By not enabling your loved one, even while they're clean because you think they're doing good, you're saving their life. If they're not putting in the effort and work it takes to maintain a life, they often don't value it and just end up using again.

Families, please get help for yourself. Go to therapy, get a support group - those resources exist. They're kind of scary at first; but listen to those people that have been where you've been.

I went to Recovery Unplugged in 2015 as a client. I went through all levels of care and continued with my individual therapist until I had about 11 months clean. In 2017, I began working here as a behavioral health technician. Eventually, I moved into the Alumni department and then found my home on the Marketing team in many different positions. In my current role as Production Manager, I manage all event, audio, and video production. Basically, my role here is to show people about Recovery Unplugged and the way out of active addiction through the medium of video.