“I don’t even know where to begin. I guess I had a pretty good upbringing with lots of love. My parents got divorced when I was young, about 5 or 6 years old. I was a pretty happy go lucky kid, pretty ambitious, and always doing stuff. Always playing sports or music. For me, probably the hardest part of my upbringing was my parents divorce. That definitely had an impact on me as a young kid. I wasn’t fully aware of the impact that it had on me until much later, until I actually started doing some digging. I found out that it played a part in how I showed up in relationships. I had really loving parents, a really good family, but my parents’ divorce definitely played a part in the way that I showed up in my family system. I wanted to play a bit of a hero role and make everything and everyone okay and just try to make situations okay.

I always monkeyed around with booze and drugs in my late teens and through my 20s. But I would say my addiction really kicked off in. I was starting to deal with anxiety, which started becoming a real thing for me both physically and emotionally. I guess I started really using alcohol and drugs to cope with and self-medicate the anxiety. Mixing all those together eventually turned into depression and it just became a really vicious cycle. I was continuing to self-medicate anxiety and depression which then perpetuated the anxiety and depression which then perpetuated my using; and around and around I went.

I had an overdose experience when I was about 19 or 20. I was taking a lot of adderall at the time and I was just popping them like candy. One day I was driving on the highway and I felt my body start shutting down; I thought I was going to black out and kill a whole bunch of people. Ever since that experience, I’ve dealt with a lot of physical anxiety and the self-medication continued on.

I think it’s really a combination of things. I also had a lot of unchecked ideas about the world and the way that the world should treat me. I had a lot of ego-based ideas of how my life should look and really struggled to cope with the reality of life on life’s terms, so to speak. So the physical anxiety mixed with these emotional misgivings about the way I thought my life should be, they just kind of perpetuated themselves and fed into one another. That went on for years and it was just untreated emotional and physical anxiety. I guess I played a complete victim role in my own mental health. I felt that it was unfair and that I was a victim to it and had nothing I could do about it. So I just kind of wallowed in that for years and didn’t really do anything about it. I blamed it on the world and never took any responsibility for these misgivings about how life should look and how I should feel. And so, in my mind, the best coping strategy I had at that time was just using [drugs and alcohol] to numb it out. 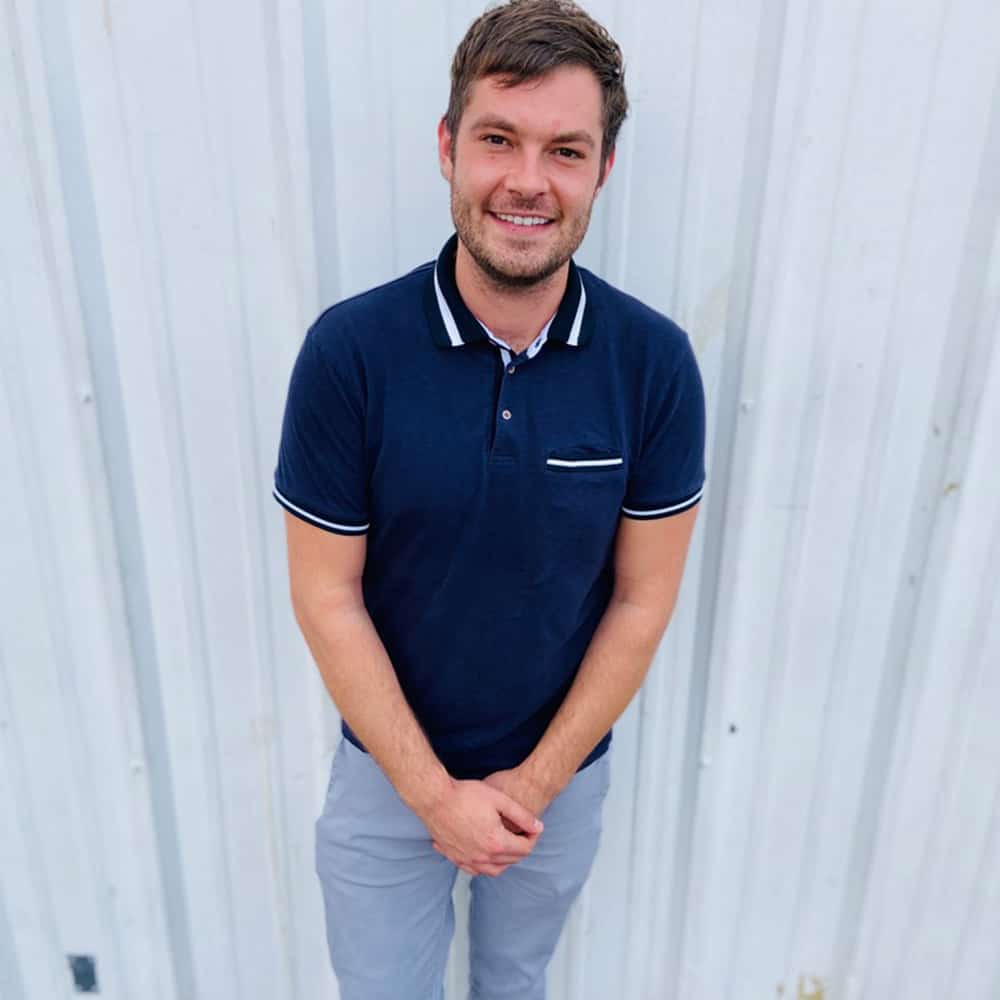 I did have a rock bottom moment. For several years I had tried to get clean by going to detoxes, and going to rehabs. Essentially I was just going to treatment to keep my family members happy. It all fed back into the role I played as a young kid, where I just wanted everyone to be okay and to kind of keep situations from exploding. At one point I had gotten out of treatment and my family was like ‘Okay, he’s doing better. Things are going much better than they were.’ But I stopped working any type of program. I had gotten myself an apartment where I was living alone by myself, and I was just incredibly isolated. I guess the blessing and the terror of it at the same time was that I was finally away from everyone. I was away from family members, away from friends, I was there all alone by myself. There was no one to push me to do one thing or the other, it was just me. Me alone with myself. That was when the real stark reality of everything really hit me. I was kind of just in this place where I thought I could manage on my own and being alone in that space is miserable. I would say it’s worse than being in active addiction or in withdrawal. Because I knew at that point if I continued to use I would just end up in a hospital or a detox or dead.

I wasn’t interested in doing anything about it or I had convinced myself that I could get along just fine on my own. I remember this last week before I came to treatment, I was alone in an apartment, completely alone with my thoughts and I was probably the most depressed I’ve ever been. I just remember pacing back and forth in my apartment, chain smoking cigarettes with all this crazy negative self-talk going on. I didn’t have anyone I was talking to, I was just bottling it all up and keeping it all to myself. I felt complete despair about where my life was and where I thought it was heading.

Finally this moment just happened, where I would have rather just not been here than have to deal with all of this inner turmoil that’s going on. That was the first time I started really encountering thoughts of suicide. Feeling incredibly scared to be alone with myself was completely terrifying but it was the beginning of healing for me because I’d finally come to that conclusion for myself. That rock bottom moment was finally being in a place where I wasn’t trying to get clean for anyone else. I wasn’t trying to get clean for anyone else; I needed to do something for me. It was in that moment, with just complete terror and complete internal desperation, I called my mom. I was a mess and I was just like ‘I need some help.’ And thankfully, my mom who is a total angel to me, she found a treatment center for me to come to. I ended up coming to Recovery Unplugged and starting dealing with all the shit.

There’s a lot I’ve learned in recovery. I think when I compare my life today to where I was prior to getting clean this last time, it’s just the stark reality of being in a place where I had nothing going on in my life, or very little at least. Very little of any meaning and being completely disconnected. Life just scared the shit out of me. And today, my life is very full. I get to participate in my life and I get to do all these things that I was either too fucked off to participate in or I was too scared to participate in. Prior to getting sober this last time, everything scared me. I was a shut-in and I didn’t want to deal with life or people. And today I get to connect. I guess that’s one of the words that I would say describes what my life looks like today and what has kept my sobriety going today is the ability to connect with others. I would say probably the best thing I’ve taken from recovery this time around is the sense of being open and being open-minded to try new things. Going through treatment this last time and really digging into a program of recovery and really working on myself, I started realizing that a lot of my conclusions and the agreements I had made with myself weren’t necessarily true. This whole journey has been about being open to the possibility that I don’t know everything and being open to trying new things. Trying new spiritual practices, trying new activities and hobbies, getting better at music, trying new ways to be creative. Something we started doing as a friend group, is playing a ton of music together, and for a while we were actually writing and recording comedy skits. That was always something I wanted to do as a young person. I love film, I love art, I love media of all kinds. I’m not a great actor by any means, but to just try and walk through fear and try things that before I was always too scared to do, that’s been pivotal. Trying new things in every single facet of life all the way from art to spirituality to physical wellness to hobbies and intellectually, I guess that’s the real difference. That’s a beautiful thing to be pushed and to be able to explore life like it’s an adventure, you know?

I guess the best way to put it is I think of my life as a video game. My favorite series growing up as a kid was Zelda, the Legend of Zelda. In almost every Zelda game, Link starts out as a young boy and he acquires new skills and new inventory and more heart containers and more accessories. I just look at my life as that; I’m just continuing to build up my own personal inventory, my own personal box of tools that I get to keep using and growing and developing. That’s what makes life exciting, to realize I’m capable of doing things and fighting new dungeon bosses so to speak. Life has gone from feeling like a complete dead end, a complete brick wall, to this adventure to be explored and enjoyed.

Something someone said early on to me was give yourself the chance to be happy. Throughout getting sober, I’ve always approached it with this know everything attitude. I know better, I know how this goes, I know the conclusion to everything. That attitude continued to just hit me into brick walls and I was always convinced, whether it was a 12-step program or even working with therapists on my own childhood issues, that I had the answers. And that nothing was going to work. It wasn’t until this last time that I finally got completely open to just trying whatever was being thrown my way. Some of it didn’t work, but some of it did stick. I actually ended up finding this time, as I kept an open mind to trying different things and experimenting with things, I ended up getting happier. I ended up finding things that did work for me. But that all started with giving myself a chance to really just be happy, to be open to the possibility that maybe life can get better. Because I was in a place to begin where I thought I would be just depressed for the rest of my life and that nothing could possibly get better. So yeah, for anyone who is in the same position as I was, give yourself a chance to be happy. That still applies for me today even when I hit ruts and I get under those spaces where I think nothing will get better. I think, ‘well maybe it can. Maybe it actually can.’ I just have to be willing to be open to trying some things. Whether that looks like going to a meeting or talking to someone or going to help someone who’s in a rough spot. Just being willing to try something.”