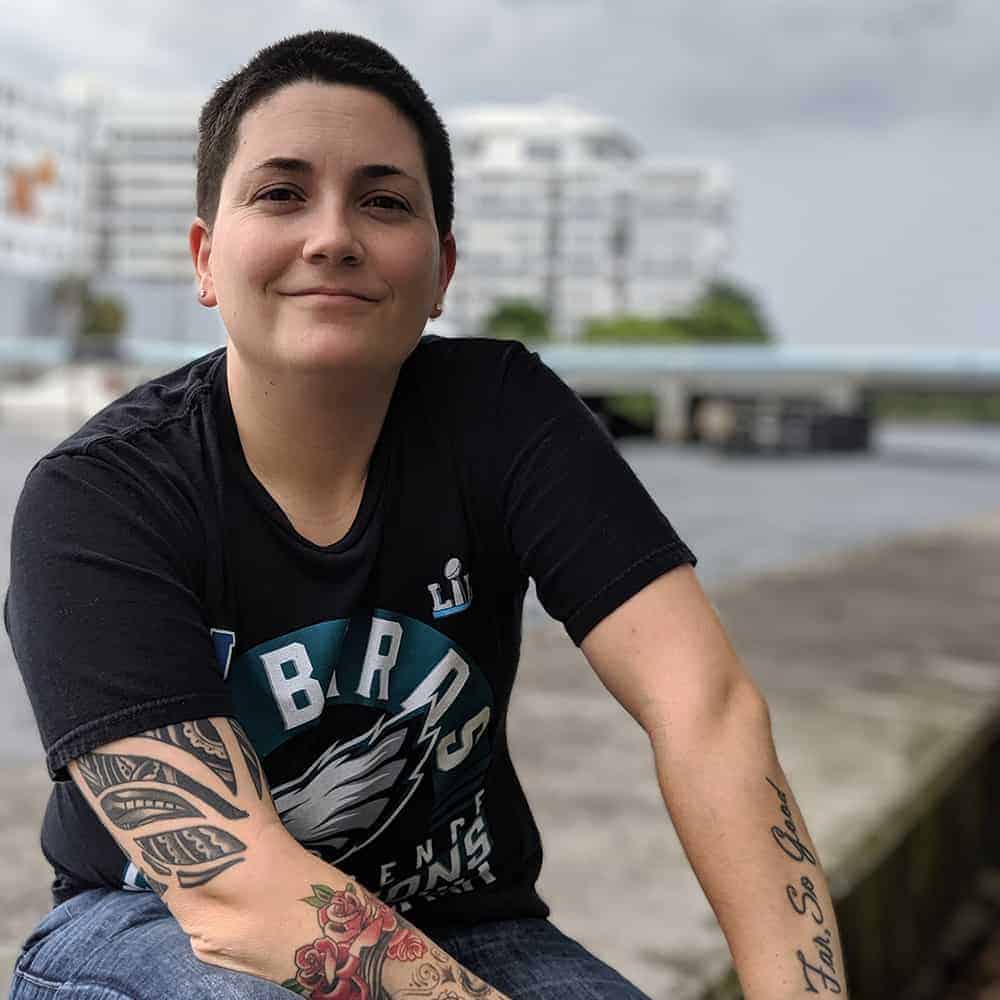 I started smoking weed when I was sixteen. I was really good in softball, and had places to go with softball, but once I started smoking weed, from the minute I picked it up it became daily. I wasn’t able to even do that moderately. Then I started getting into pills and heavier things, and honestly it just turned into heroin because it was cheaper. It progressed pretty quickly, I was in my first treatment center by the time I was 18.

I wasn’t my true self when I was using. I dated guys when I was using, and I was never comfortable with them. I always knew something wasn’t there, but didn’t know that it was my sexuality. I didn’t know that I really liked women, but I never enjoyed being with a man and I did things that I normally wouldn’t do for drugs with men. It all tied in, and I definitely used to cover up my feelings for women.

It was more of an emotional rock bottom this last time. I got sober basically just using Alcoholics Anonymous. I went to meetings, started working the steps-- it was an emotional thing for me, the drugs didn’t work for me anymore. They weren’t doing what they used to do, and I felt immediate guilt when I started using them.

If you’re a family member of an addict, cut them off. Don’t give them any money. I did it with my own brother most recently. I had to stop letting him stay at my house and stop giving him money for cigarettes, or buying him cigarettes, or buying him food, because I was just digging his hole for him by continuing to fuel his being okay with not having. Even though it wasn’t giving him money for drugs. I was providing food for him so it’s not like he went hungry, so he could keep using.