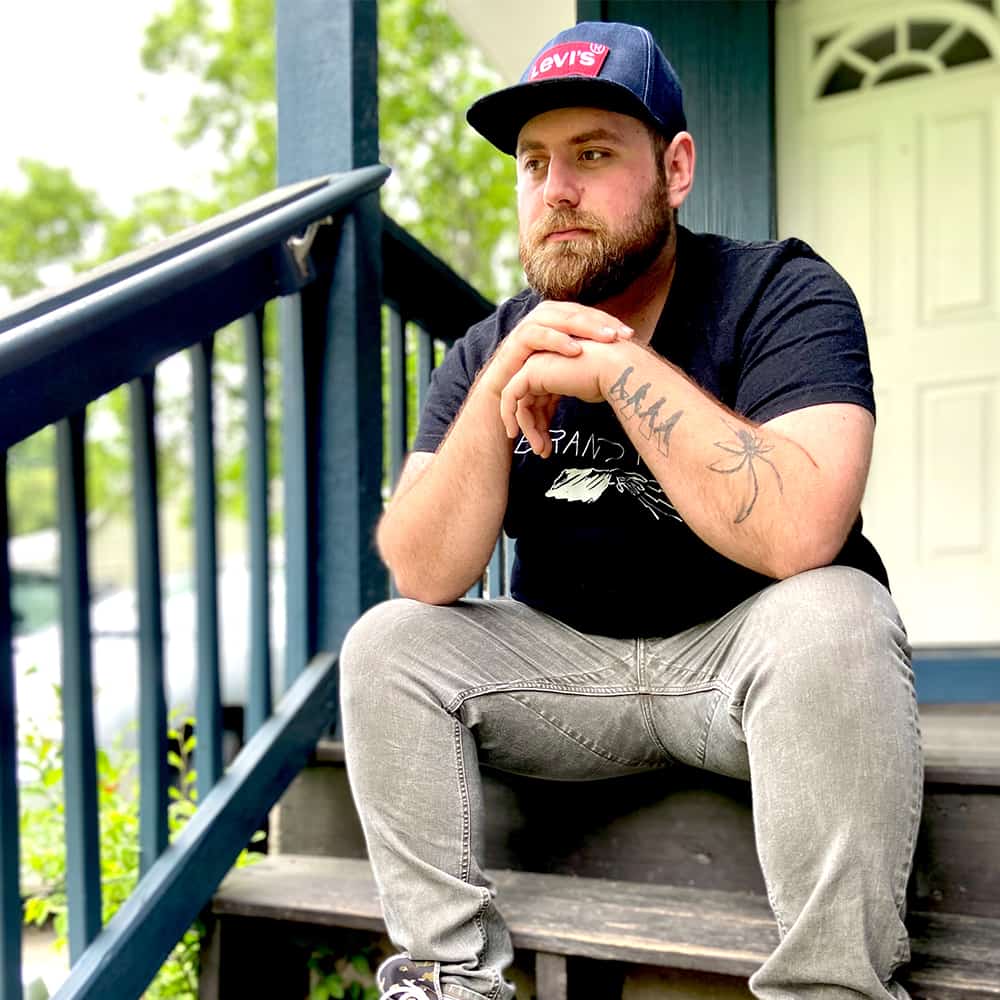 Growing up, I kind of always wanted to be the cool, popular guy, and because of that, I developed a sense of humor which kind of got me into that group. At nine years old, I began learning guitar from my dad. And, in the 5th grade, I started getting really into The Beatles, and Zeppelin. I started idolizing, you know, dead people - people [musicians] who died from drug addiction and suicide. And, it sort of just molded this idea of what a musician should be in my head. Combining my family history of addiction with that and me just inherently being impulsive was the perfect recipe for me to become a drug addict.

I definitely think I had some addictive behaviors when I was young. Food was one of them. Like, I looked forward to eating more than most people I knew. I always kind of hung out with people that were kind of seen as “on edge”. Like, not “normal”, “clean-fun” kind of people. I met this guy, Dan, who’s my boy still, to this day. Love Dan. And, I met another musician named Eric. Eric’s actually dead - he died from an overdose. All of us together, we started experimenting with drugs at a pretty young age. Like, stealing cigarettes when we were 10, stealing alcohol at like 11, and eventually moving on to pills and all of that. We were still pretty young when we started doing pills, like 12 or 13. And, yeah. I loved it. I remember thinking, “I want to do this until I’m dead… I want to feel this way until I’m dead.”

Around 14 or 15, my using really kicked off. In my Sophomore year in highschool, I started drinking A LOT. That’s how it started - Adderall and drinking - and, Adderall kind of stayed around the whole time. That was one of my mains for my entire using career. But the alcohol from age 15 to 18… I was just a mess. It was bad, especially because I was so young. It just got worse and worse. I became one of those angry crazy drinkers. Where like, if people would try to take my alcohol, I’d blow up, even though I was only like 15. And then, when I was 18, I crashed into a lake, drunk.

I went to treatment at 18 for driving into the lake. I knew that I wasn’t going to be able to get away with drinking like I was, and I definitely wasn’t going to stay clean. I relapsed the day I got out [of treatment] on alcohol and got caught, so I thought, “well, I just gotta find something else now.” There were a lot of different psychiatrist trips where I just talked doctors into giving me whatever I wanted, typically Vyvanse and Adderall. I was also doing a lot of Xanax at that time. I met somebody, and we started doing Adderall together. He was like 10 years older than me, but he had gotten into a motorcycle accident and destroyed his back. And he was like, “I get prescribed Percocet.” And, I had remembered back in high school I tried them but never really felt that much of an effect from them. At the time I was 18, about to be 19. I remember taking enough that time to where it was just like, game over. I knew that I was going to keep doing Opiates until something really awful happened.

So, pretty much every day, he and I would do Opiates together. It started with Roxys [Roxicodone], and I guess he had been doing heroin the whole time, but I just wasn't aware of it. He eventually offered it to me one day. I snorted it the first few times and was just like, “nah, I’m gonna shoot it.” So yeah, by 19, I was just a disaster.

I began stealing a lot of money from my brother and parents and doing a lot of heroin. At around 21 or 22, my girlfriend at the time left me and I went off the rails. I just thought, “okay, now I have nothing to hold me back.” After that, I started smoking a lot of crack and doing a lot of heroin. I also started f***ing people over that I really shouldn’t have been, which still kind of frightens me to this day. That’s when my parents stepped in and were like, “you need to go back to treatment.” That decision just started this 3 year run of in and out of treatments around the country.

I had a bad overdose in California. I still used drugs afterwards, but that was the last time I did heroin. In California, I left treatment and AMA’d [Against Medical Advice] and pulled my mom’s release before I AMA’d so they couldn’t tell her what I was doing. 3 days later, she caught on and flew out to find me. And this is all like a blur to me - it’s all second hand information. But anyways, I had started buying heroin and meth online and I had an overdose in the hotel room I was staying in. I had convinced my mom to go get me food, because I knew I had a gram [of heroin] on me. I just did way too much - I didn’t even finish the shot before I overdosed. When she got back, I was pretty much already gone. I had fallen down against the door and she couldn’t open it so she ran around the hotel yelling, “Call 911!” The ambulance got there and started resuscitating me. I don’t remember coming back to life until I was already at the hospital. I just remember not being able to breathe because I had aspirated so much. It was awful. I couldn’t eat, I couldn’t drink, my kidneys were all f*****. So, I guess that was kind of my wake-up call. It was definitely the last time I ever did heroin. 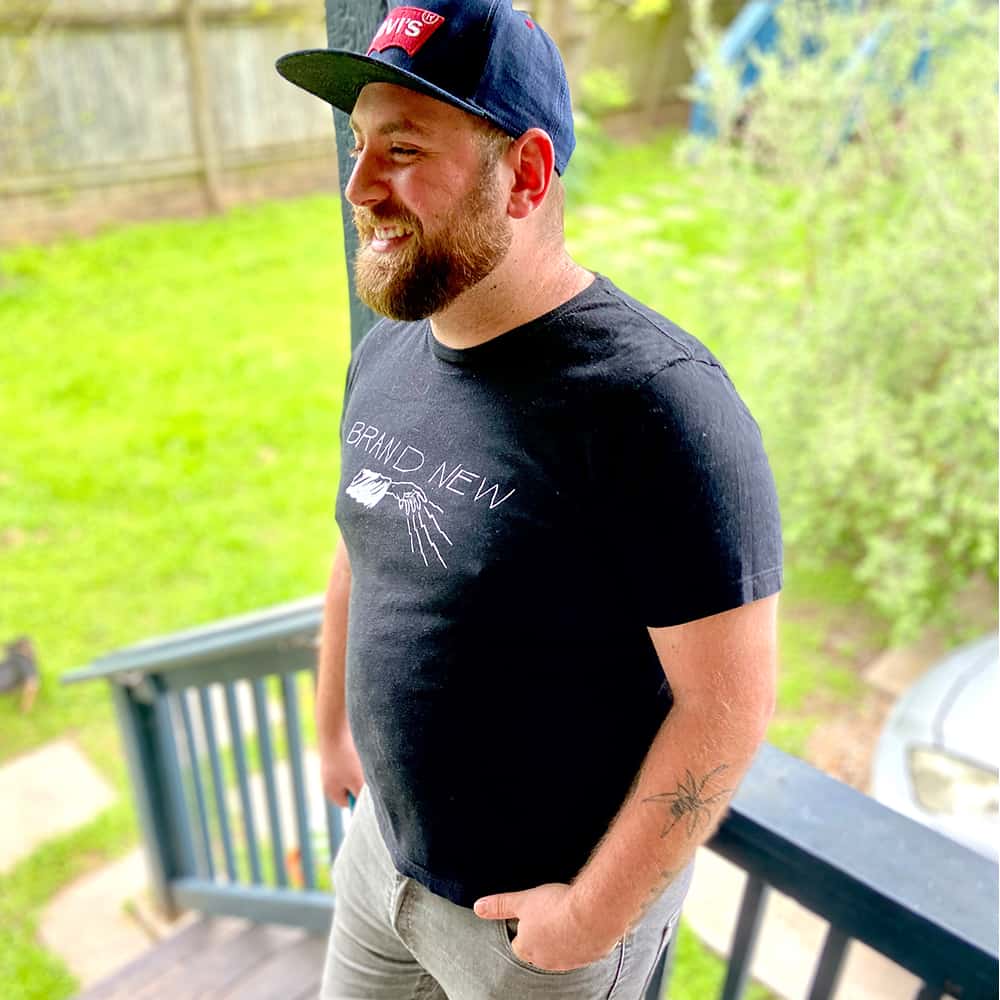 When I got to Recovery Unplugged, I had no intentions of quitting for good. I just thought, “We will see what happens.” At that point, I was just so beaten down. And, as it turns out, I stayed clean.

The difference between this time and the other times I went to treatment was that I found a community. And, I think that’s what I had been looking for the whole time. I got into a band with the best guys that I’ve ever met in my life. I met some amazing musicians, amazing people. It’s my favorite community out of any place I’ve ever been. At Recovery Unplugged I felt like I wasn’t treated like a number, but an actual person.

Something important that I think I’ve learned since getting clean is… the second I used to feel bad, I’d psych myself up to feel worse so that I could go do drugs to get rid of it. So, learning that if you just give it some time, that bad feeling is going to go away and then you don't have to feel terrible when you come down because you’re not doing drugs - it’s just a win win. Learning how to get through life without that as a crutch is great. Don’t get me wrong, things still get bad sometimes, but the lows are never as bad as they were. Not even close.

People really just need to stop being so stubborn when it comes to uncomfortability and treatment. I realize now that I needed to go through however many treatment centers I went through to get it, but that doesn’t have to be the path other people take. The only way that anything is going to change is if you do something different. I tried it the other way.