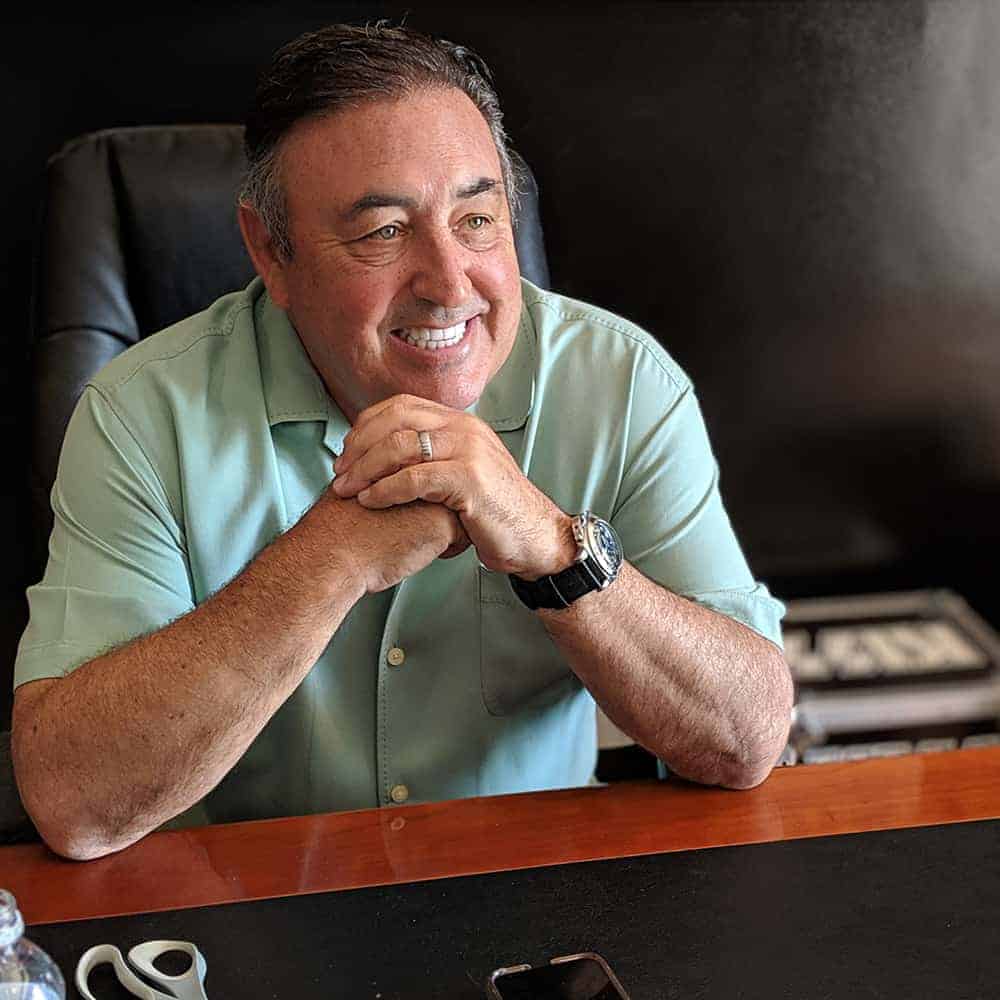 “I'm Doc McGhee and I’m a confrontational therapist…(laughs)... I’m just kidding. I manage rock bands and other various artists- Kiss, Bon Jovi, Motley Crue, and some others… So, I started using in the early 70s. I used mostly Cocaine and Quaaludes. I quit in ‘87, so I used drugs for roughly 15 years. I hate to say that I did it because everyone was doing it, but in those days, drugs were not just acceptable; they were a calling card. If you were in the studio there was blow, if you were backstage there was blow- everywhere you went, there was cocaine. It was part of my everyday life… I had to stay up, I had to do work, I had to represent people, and Coke helped me do that. In ‘87 I quit. I guess I just didn’t want to be controlled anymore. When you quit Coke, it’s mostly a mental addiction. Heroin, however, is a different story. I've helped people detox, and it is horrible. To see that was always the biggest deterrent for me; that, and the fact that people cannot be creative when they're on dope. I’ve seen it firsthand working in the music industry...most of these people are severely dysfunctional. If they weren’t, they wouldn't be artists. 90% of musicians aren't comfortable being a star. They're not comfortable being a role model. Real artists are always the kids voted most likely to f*** up in their High School yearbook. Most of them just want to fit in, so they party with everyone. The problem with the partying is- when they go town to town, fans bring them their best [drugs], because they are fans. They want to do blow with the band and have fun. But, one night of partying for a fan is EVERY night for the artist, so [the artist] ends up getting high on a regular basis. Eventually it just becomes a way of life. These kids don't try to throw their careers away- they just try to get through the day without feeling like an idiot for not participating in the drug use. I think when the Beatles and Floyd came in, they were on some sort of spiritual journey, and drug usage became synonymous with creativity, but we never had that again. In the 70’s and 80’s drugs became recreational, and when Heroin came, things got dark. That's when I saw lives start to spiral out of control. I saw people get into it thinking it would take some place they weren’t- some different reality, but when they got there, they didn’t see anything... You're not creative on heroin, I'm sorry. And if someone was creative, I guarantee most of them were never able to put it down on paper to make it a reality. On Heroin, your biggest concern is your next fix, so when you see all of these talented people throw everything away for drugs, it’s sad, but it never comes as a surprise. I think the reason drugs are so idolized in the music business is because they’re dangerous. It’s the same reason teenage girls flocked to the Beatles in the 60’s and white suburban kids worshipped Kurt Cobain in the 90’s- they were dangerous. And, drugs were, and still are, part of that culture. I know that if I were to see a band today that I thought was the next Motley Crue, and they were using heavy drugs, I probably wouldn't take the long road. I've been through it too many times. I could spend all the time in the world building their career, but trying to save them as a person- it's too hard. You know it's not going to go anywhere, because you know the end result. I'm not saying you have to be totally straight to be successful, but I've seen too many people who wanted to experiment with drugs and couldn't get out of it. People just need to take ownership of their actions. You can either decide that you want a good life or that you want to get high. If you want to get high and have someone take you away in a body bag, then that's your ride… I think the best advice I could give would be to not live in the past. You have to look at tomorrow. Work towards something. Build something for yourself. Feel good about what you do, because it’s all about self esteem.”