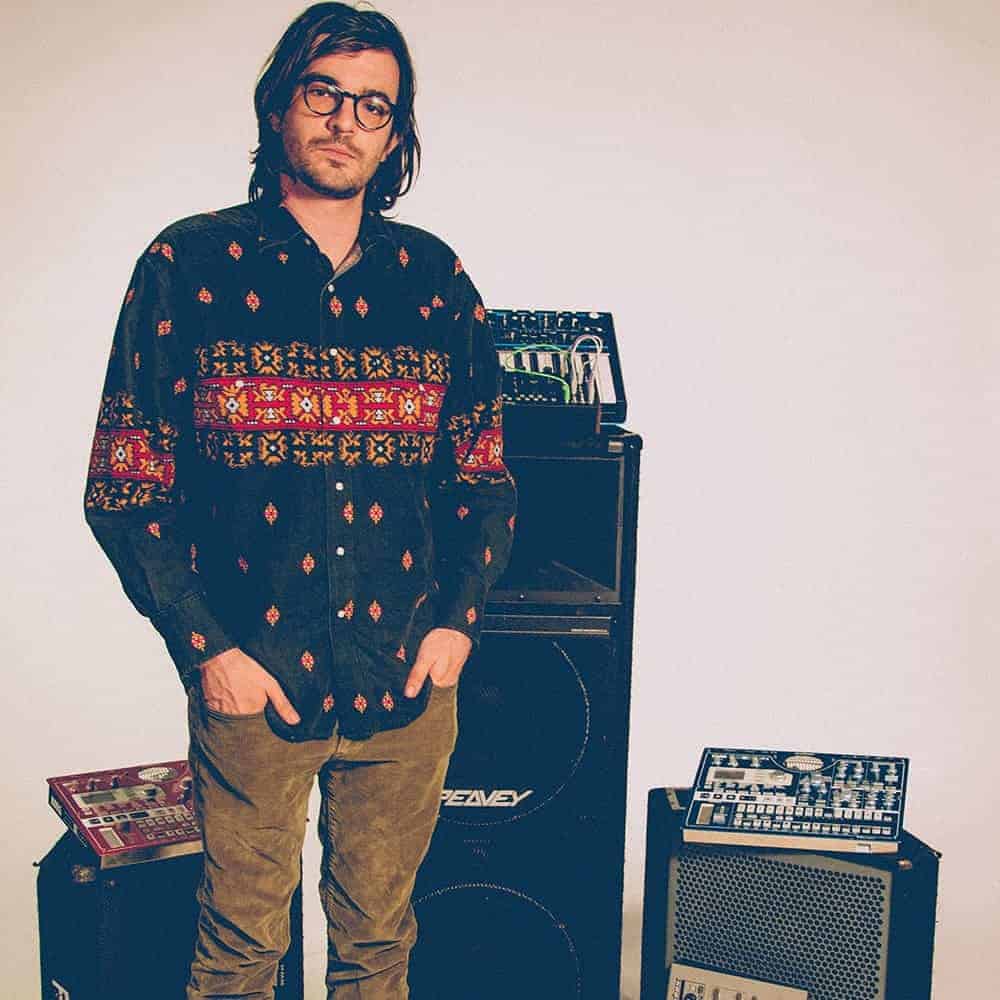 “When I was growing up, I had a pretty good childhood. I was a basic suburban white kid that came from an evangelical home. My parents were together. When I was about 7 years old, I experienced my first wave of depression. I had a terrible fear that I was going to get murdered in my sleep by my parents. I really had no reason to think that. I came from a loving home, I wasn’t really exposed to violence or much turmoil. But I do remember, in second grade, being severely depressed, not being able to sleep, not being able to connect with other children my age and just living in complete fear and abandonment. It was a really bizarre time. I would talk to my parents about it, and my mom would try to pray it away. Then fortunately, time went on and I kind of grabbed on to some other things and kind of snapped out of it. I think I was never very athletic as a child and being in competitive sports I think I lost a lot of self esteem that way. I couldn’t dribble, I couldn’t kick a goal or whatever, so by third grade I started saying inside during recess and teaching kids that were having trouble reading. Helping people out helped with my self-esteem a great deal. I think that was kind of the catalyst of snapping me out of that depression when I was young.

I was a late bloomer when it came to using. I was pretty straight edge through high school. I think my senior year of high school I had experimented with drinking because I was going to go to college and wanted to have some experience. But when I got to college, I just went hog wild. I began drinking everyday my freshman year and almost failed out. I stopped drinking for most of my second semester of college, did really well and kind of averaged out my GPA. When I was 19 or 20, I started smoking weed and immediately thought ‘this is just fucking great. This is awesome.’ All of a sudden, I just felt carefree and I also liked the experience of meeting other people that smoked weed. I went to college in Oklahoma, and it’s definitely not legal there, and I felt like I had a special friend because I was doing this secret thing or whatever. So I binge drank and I smoked weed, and I was in college and still needed to maintain school, so I started taking adderall. In my third and fourth year of college, I found psychedelics and began taking a lot of acid and molly and going to raves. Then I began dj-ing. But I didn’t think I had a problem, because I always maintained and graduated college.

Things got pretty hazy and pretty ugly then. For another 10 years I kind of had a whirlwind of different using experiences. For a couple years I was addicted to ambien and took it around the clock. I was either prescribed or taking unprescribed benzodiazepines for about 8 or 9 years. And before I got into recovery, it was cocaine. For a long time, that was the only drug I actually wanted to quit and felt like I couldn’t.

I absolutely think that my using stemmed from depression that I felt and was a form of self-medicating. And sometimes the self-medicating worked pretty well, and then I would hit some sort of bottom and be pretty desperate. I remember, it was maybe 6 or 7 years ago, trying to go back to church after I had woken up from cutting myself. I was completely bloody and fucked up, and I didn’t remember doing it. I had mixed ambien and cocaine. At that point, I didn’t want to get sober. I knew that was an option, but in my mind it was not an option, so maybe if I went to church that would fix it. It probably wasn’t the worst decision I could’ve made, but ultimately it didn’t keep me sober or really help me address my problems.

My rock bottom experience happened when I had woken up one day and my girlfriend, that lived in Houston at the time, was not at home. I didn’t know where she was, so I went over to my friend’s house, where we had taken acid and other drugs the night before. My girlfriend came to the door and we were arguing. My friend came down and tried to get in the middle of our argument, and I just punched him in the face a couple of times until he hit the floor. My ex-girlfriend called the cops and my buddy that I hit pressed charges against me. All of a sudden, I’ve got these charges. I called my brother, who had been sober about 5 years at the time. I just told him ‘I don’t know what to do.’ I was feeling suicidal at the time. Finally, my brother said ‘Hey man, maybe it’s time to go to treatment.’ Initially, I thought there was no way that was going to fix anything. Then I went to talk to a lawyer, and he told me I should go to treatment because it would help us a lot with my case. At that point, I had talked to a therapist who told me about Recovery Unplugged. I’ve always loved music, so I thought it could work for me. I also hadn’t realized how much I actually hated myself until I started detoxing. I started realizing really quickly I had a huge issue with myself. It was like a whole new world, a whole new lifestyle. 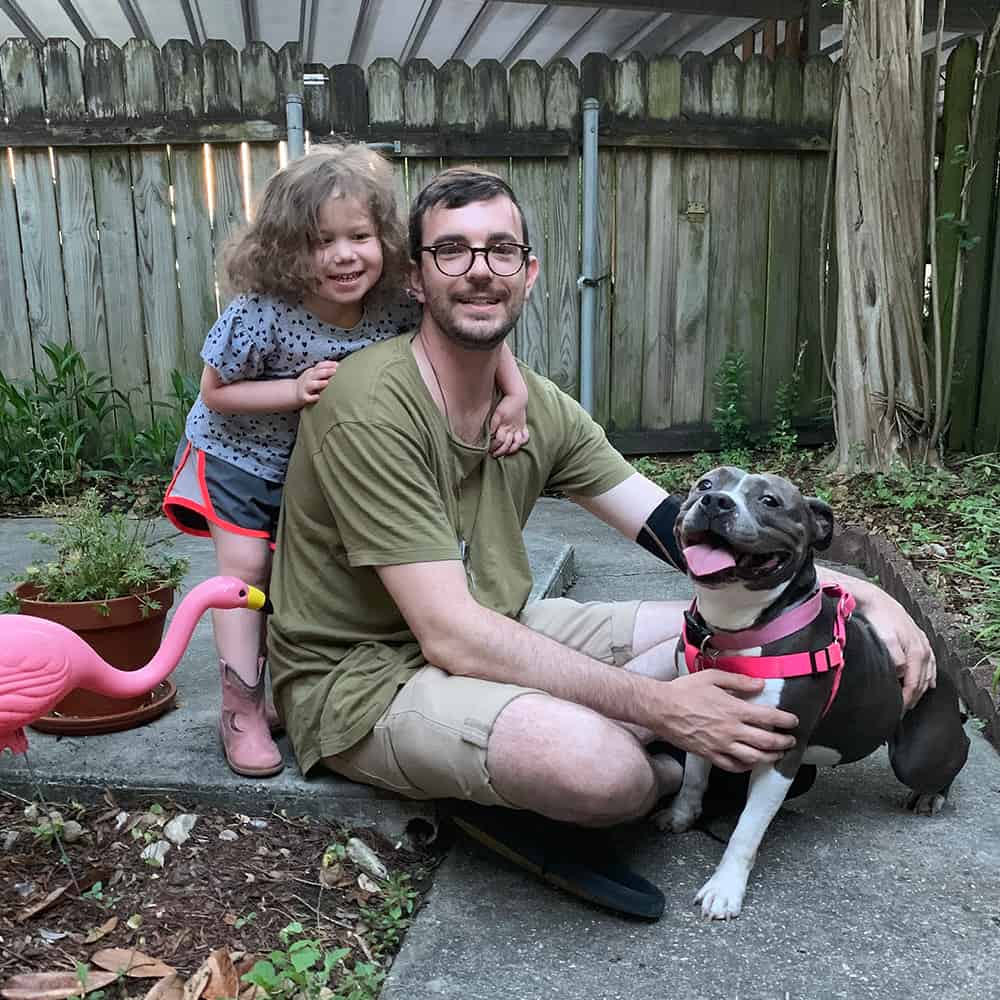 I think I went into treatment thinking to myself, ‘I’ve got these legal issues, so I’m going to have to learn to be clean.’ Because, best case scenario, I was going to get probation. I’d seen my brother get clean and work the steps, so I think that I went in wanting to learn how to be clean just so I could get through the legal system. It wasn’t until I actually gained some clarity in my head that living the way I was living was not the best life. When the self-medicating was working, I was under the impression it was a good life. Then, once the mask came off, I realized that life was a struggle everyday making sure I had enough pills or enough weed or enough coke. I actually had no clarity because I was always trying to maintain and balance my chemicals in a way that I actually had no peace in my life. It also became apparent really quickly that I had very few real friends in that lifestyle. Over the course of a couple of months, it became apparent to me that this maybe wasn’t just about getting through the legality of it and it was actually the way I wanted to live.

I think one thing I learned from treatment, is just breathing. I remember talking to Jennifer Holbrook [Clinical Director], and she told me, ‘You never take a breath when you speak.’ And, it’s kind of so simple, but being aware of my breath and doing meditation, and just in everyday life. That alone can reduce so much anxiety that I hold in. And also the inner child work and being able to talk about my childhood depression. I used to think there wasn’t a reason to talk about it because I didn’t live any real trauma, it was all inside of my head. But whether the trauma was external or internal, it was still trauma. And I realize that if things live inside of my head for too long, I can fuck it up really quickly. So I have to talk to people and I have to be honest. There’s so many things I learned in treatment that I think I take for granted now because it’s just a part of my regular routine.

I think it’d be hard to give young CJ advice because half the time he thinks he’s killing it and then the other half he’s asleep. But I think the main advice is just that getting clean is amazing in that it’s actually a good thing. I used to feel sorry for my brother who was going into treatment or getting clean. I used to look at that as his life was over, but it’s not like that. It’s really like your life has begun. You have to really think about how your identity isn’t lost in sobriety; every creative part of you is still there. All your positive attributes and things that make you unique as an individual are there and you can actually use them because you’re not hiding behind substances and you’re not putting on this mask. You’re not so distracted by trying to find your base level that you can actually sit and have some clarity. That’s probably the greatest thing that I have in sobriety today is clarity and peace.”