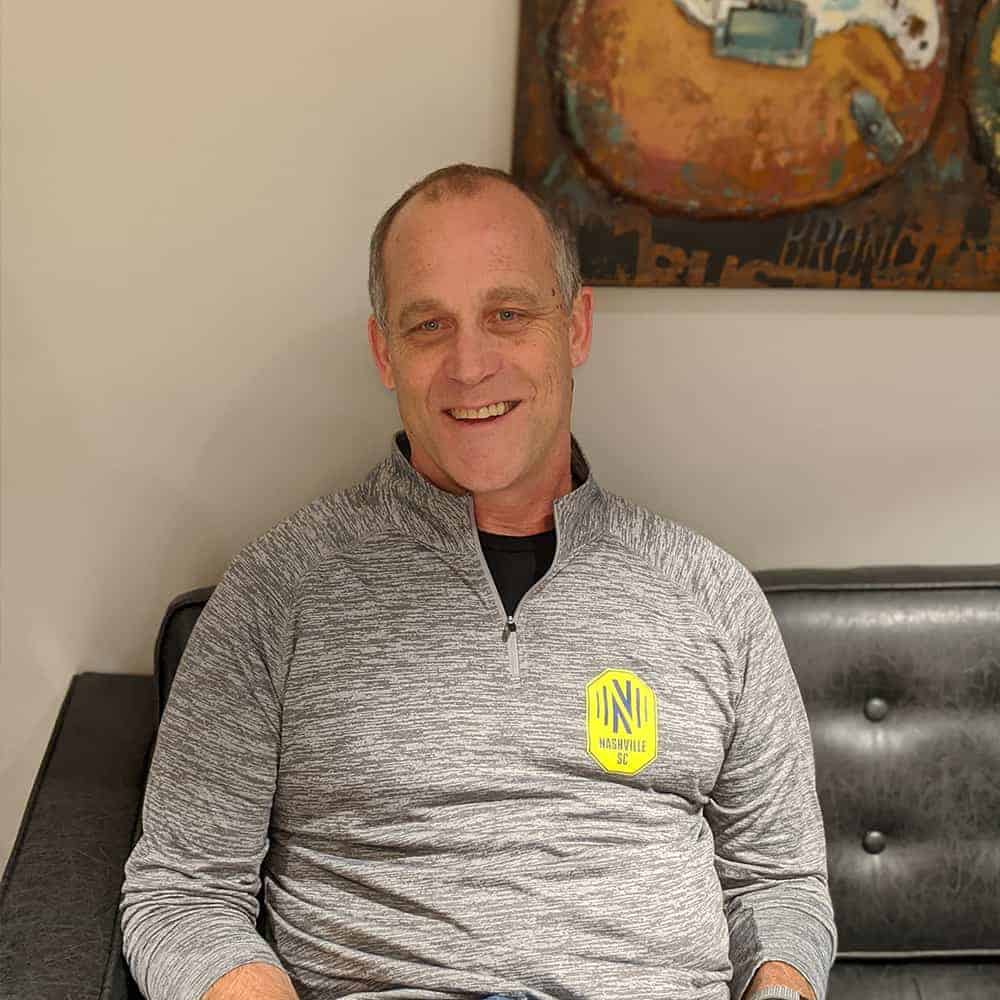 “Well I grew up in another country, in Brazil. My parents were missionaries there, so I was a pastor's kid born in Sao Paulo, Brazil. We lived there till I was nine and came back to the States for about six years. We lived in Texas and then went back to Brazil, and I finished out my high school at an American school there.

I actually started drinking in high school at about 17. It wasn't crazy drinking, just normal, social drinking that continued into college. I went to a Christian university, so drinking was frowned upon. But there's always a way around, right? The first two or three years, it wasn’t that bad. As I got a little bit older, my junior and senior year, I started partying a little bit and I tried pot for the first time.

I guess I knew that I was probably an alcoholic, just because when I started, I always wanted more. I mean, I wouldn't drink to blackout but I would pre-game quite a bit, then drink more. After college, I met my wife and she did not drink. I kind of went a period of time not drinking. But I was in sales for my job. I had my territory that I traveled quite a bit, and had to entertain customers and do all that stuff. That kind of got me into drinking badly. I would binge on the road, but I wouldn't drink at home. It was kind of almost like living a double life. And that continued to progress.

When it really became an issue, I guess, was when I lost my hearing seven years ago. I was just full of self-pity and I had all these things happening. I lost my job when I lost my hearing and had to go on disability. And I lost my identity, I lost my sense of purpose. You know, just a lot of things that were important to me and that's when drinking really kind of took hold. I was drinking out of anger, and sadness, all that.

I was diagnosed with Meniere's disease, which is a cluster of symptoms which essentially is ringing in the ear, fullness, and vertigo. All chips, soda, burgers actually take more and more of your hearing. I had lost hearing in my right ear when I was in college. And then my left ear went progressively. So I actually used the vertigo to my advantage somewhat. It was very deceptive. I would kind of blame the dizziness, or the staggering, on the vertigo. All of that progressed.

I got my first cochlear implant in 2012 and second one in 2017. And you actually have to learn to hear again. I mean it's a whole retraining of your brain and I just hated being dependent.

I hated that. I was just angry, you know?

Six months before I went to rehab, and three months before she graduated from college, my daughter was diagnosed with lymphoma. She had to do six months chemo. She’s in remission, but it was just a lot of loss and a lot of stuff and it just kind of took me there.

I went to rehab for the first time in 2018. In September 2018, my family had an intervention. I went out for 90 days and came back. I didn't really get a sponsor, I didn't work the program, I kind of looked at it as ‘I did that for them.’ I kind of put it in the rear view mirror. I thought I could handle it. I dove into trying to find my identity, my job, all that stuff.

So I went through rehab, came out and stayed sober through September [2019]. And then I relapsed, and it took me to a really dark, dark place. I was having vertigo, I was drinking and it actually got to a point where I bought a gun. December 3rd, 2019 I bought a gun, turned off my location services on my phone, and said, it’s not worth it. I couldn't see a way past it.

Nobody knew where I was, but I used my card to buy a gun. So my wife saw the charge. I actually went and sat there and I couldn't go through with it. I went to grab something to eat, I was sitting in the parking lot, and that showed up on the bank thing as well. All of a sudden, I see an EMT car, a police car, friends coming, my wife, and I was just grateful. And thankfully I didn't go through with it.

That landed me in a psych ward and I was there for about eight days. That's when I came to Recovery Unplugged.

I think my breakthrough actually came while I was in Fort Lauderdale in my last Open Mic [therapy group] that I did there. I'd been processing through all these things, you know. I finally came to the point where I just looked in the mirror and realized I’m the problem. I'm the one that's caused all this, I'm the one that's believed the lies. And it was hard to really face that because I had been so used to blaming everybody else and mired in self pity. I really just kind of hit that spot where I was grateful and realized that I had a lot to live for. And yeah, so I’m deaf and I have cochlear implants, but I also have a lot to give. I mean, it's almost like a shift or a reframing of my story. I was really kind of surrendering and willing, to the point where if I didn't do this, I was gonna die. I just kind of had a spiritual moment, where it's almost like I just felt that God had used everything just for this. Nothing is wasted. He brought it all, and He can use the job, and He can use the good stuff. He just needs me to be humble and let Him take over and know that I don't need to handle it all. My circumstances haven't changed any, and that's okay. Something inside changed.

Being in Nashville, I'm still separated from my family. I'm not living at home. I'm actually living in a sober living house, by choice. I just really want to work. I want to take some time just to build a foundation and ease back in. We're in counseling, my wife and I. We’ll be married 30 years in May, so we've been through a lot. And we both want to work it out, which is good. She’s been in Al-Anon for the last year. There's a compassion there that she has, but there’s also a lot of hurt and a lot of fear. She can't go through this again, you know, I realize all that. There's a lot on the line. I'm motivated.

You know, if you’re struggling, nobody can tell you to do it, nobody. I've had several times where people suggested [treatment], but I wasn't ready. You'll know when you know. Hopefully you’ll know, but you have to actually reach your own personal bottom. That's different for everybody. For some it’s extreme, some it's not. Gratefully, I didn't have any legal consequences, but I very easily could have. I think of all the times I drove, you know, under the influence, but I just didn't get caught. Some people get caught and they're the ones that pay that big price.

Just don’t give up on your loved ones struggling. Try to understand it and love them through it. But sometimes loving them through it means you place boundaries and it becomes a little bit more and demands tough love. And learn about it, learn about the disease.

Last time I was very hesitant to really kind of submit my will, I think. Be open and willing to hear things that you haven't heard before, try things you haven't tried before. I got a lot out of the experience. It was kind of humbling as one of the oldest ones in treatment in Fort Lauderdale. But I learned something from everybody that I was around. I think I just went into it knowing we're not any different and we all struggle with something. It hit some of us early, hit some of us late. It's never too late, never too late to do the right thing.”