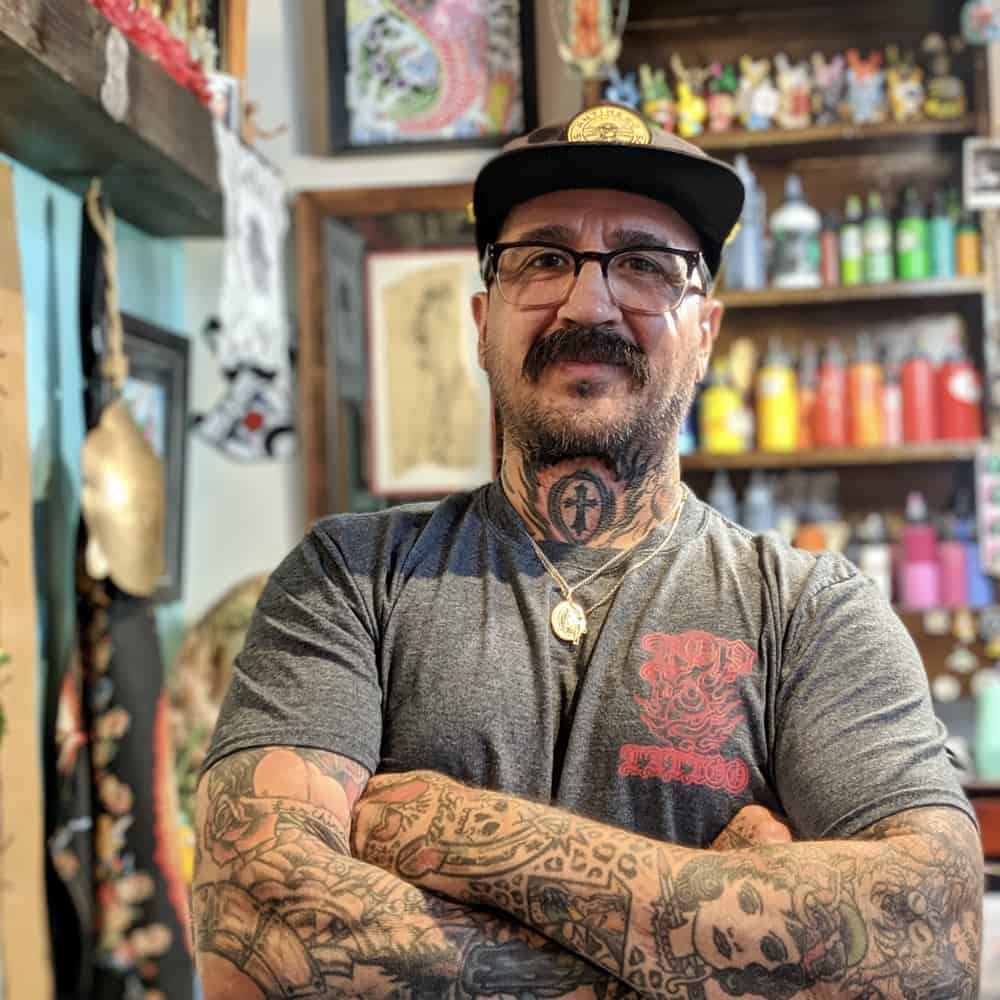 In seventh grade I stopped going to school because I wanted to smoke cigarettes and weed. My parents found out at the end of the school year and I got busted; I had missed more than half the year. I never abided by curfew. If the doors were locked when I got home, I slept outside. When everyone else was drunk or high, I just kept on using. I never wanted to go home, even though I had a great and normal household full of love. I got in a lot of trouble, but that was because I was screwing up all the time.

I was 19 when I first realized I had a problem. I had moved to Austin a year earlier. I couldn’t go buy drugs one day because the roads were too icy to go see my dealer—my car wouldn’t make it, so I started to get really sick. Eventually I was able to leave the house and was doing everything I could to get there. I poured hot water on my windshield and was stopping at 7-11 to get cups of coffee to pour on there, too.

I finally got to my dealer’s house and told him something wasn’t right; that I was sick and just needed a bag of dope and he said: “What do you mean ‘something’s not right?’ You’re dope sick!” I said: “No way! That’s not me!” and he said “Here’s your bag of dope. Go fix and tell me you’re not strung out.” Sure enough, he was right.

At one point, I went to my mom’s house and told her I was really sick and strung out. She had no clue what was going on. I kicked in her door and she had no idea what to do; but nursed me back to health after two weeks. Then I went back to Austin and got strung out again right away. I got on buprenorphine and it felt like a miracle. I had tried methadone, but it felt weird and crazy.

My rock-bottom is hard to pinpoint because every time I bottomed out, it was so bad that you could have hooked me up to a lie-detector and I would have sworn that it was my last time using—but I just couldn’t stop. I was in and out of county jail, treatment centers didn’t work, and I finally went to prison for a little while. I went to an in-prison therapeutic community that had drug counseling. It was hard but it seemed to work.

When I got out of prison, I was actually sober for a bit, but then I hurt myself skateboarding and I started taking OxyContin—it felt just like heroin. I got really sick one night and a friend of mine who had AIDS gave me an oxy and it got me really high. I broke the pill into four pieces and was loaded for three days. After that I started using dope again when I couldn’t get pills.

That run lasted for about two months. I was smoking crack, spent all my money, my job found out and everything went to hell really quick. The crack made it really hard and I got on methadone. It was the first time in my life that I ever did the methadone program right.

In 2008, I bought a house, had a kid and was doing really well. I felt the like poster child for the methadone program. On my way to work, I had a motorcycle accident. I broke my head, broke my eye- socket, and messed up my nostril. They loaded me up with Dilaudid in the hospital. This caused me to relapse and I ended up losing everything, living on the streets again and racking up felonies. I got 13 felonies in a year. When I got out of rehab that time, no one wanted to be around me anymore.

At this point, I was so tired. I was out of it and I missed my daughter. I remember her mom coming to get her one weekend after she had been staying with me, and she was grabbing my arm saying she didn’t want to leave without me—I’d done some really bad and sketchy things when she was with me, so it’s painful to think about that stuff now.

When I got to jail, I was actually relieved because I knew I was getting ready to kick dope again. I was ready for whatever the prosecutors gave me. I got a court-appointed lawyer in every county I had felonies and ended up only doing 11 months—I got really lucky.

When I was locked up, I started corresponding with friends who were sober and became committed to doing whatever they told me to do. At that point, I had been telling myself I was sober and in the program; but really wasn’t working it. I started chairing the meetings and things started happening.

Eventually I got to the point when I didn’t want to do anything wrong anymore. I was even offered cigarettes and refused. I started making better decisions. I wanted to do right. Seeing that little bit of pay-off beyond the macho inmate mentality helped me out.

I now have a great relationship with daughter, a house with a backyard and a girlfriend in recovery, as well. I just opened my own shop and have another business with my friends. Life continues to get better, and it’s all because I continued to work the program.

I’d tell anyone who is struggling like I was to go to a meeting to find someone at a meeting who is truly happy in recovery. I used to say I want my old life back, but now I’m happier than I can ever be.