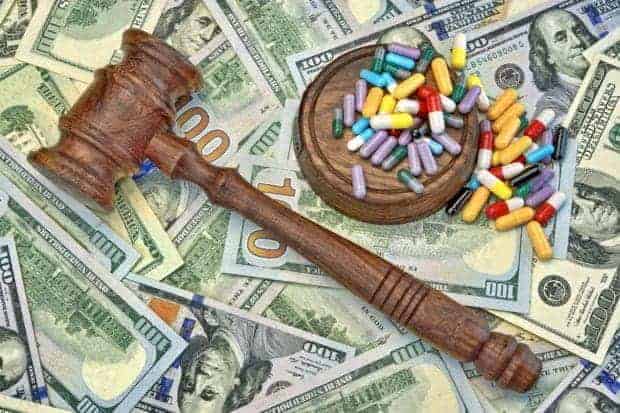 Only days ago, Florida State Attorney General Pam Bondi’s office announced that they would be including CVS and Walgreens to the list of opioid distributors and manufacturers against whom the state of Florida is filing a lawsuit. The addition to this lawsuit, according to Bondi’s office, is the result of the two companies’ roles in the “unconscionable efforts to increase the demand and supply of opioids into Florida.” The Attorney General’s office and state are also alleging that pharmacists employed by CVS and Walgreens have not complied with state law that mandates refusal to fulfill prescriptions that are suspected to not serve a valid purpose.

As a result of this ostensible non-compliance, the state believes that both companies have contributed to the ongoing national opioid and prescription addiction epidemic by not taking precautions and overselling painkillers when the supply exceeded medical justification. Bondi’s office claims that the companies either knew or should have known that many of the overstocked opioids distributed throughout Florida communities would eventually be redistributed through the black market, and that measures should have been taken in order to prevent the unnecessary oversupply.

Until the beginning of this decade, Florida was known for its surplus of “pain mills,” where unethical doctors would overprescribe opioids to patients for increasingly minor injuries and illnesses. Prior to law enforcement curbing most of these unscrupulous practices at most of these pain clinics, a 2010 Florida Health report revealed that the state was responsible for 90 of the top 100 physicians purchasing oxycodone in the country. Although many of these pain mills have been put out of business, the opioid crisis is as strong as ever in the state of Florida and across the United States. In 2016 alone, 2,798 Floridians died from opioid-related overdoses, according to the National Institute on Drug Abuse. According to the Center for Disease Control and Prevention (CDC), roughly 115 people die daily across the nation as a result of opioid overdose.

CVS and Walgreens’ pharmacies have both played major roles in this crisis, with CVS distributing at least 700 million dosages of opioids in Florida from 2006 to 2014, and each individual Walgreens’ pharmacy receiving more than 1 million dosages in 2011 alone, ten times the national average. At some Walgreens’ pharmacies, opioid orders increased by an astounding 600% in the space of just two years, with one distribution center selling 2.2 million tablets to a single pharmacy in Hudson, Florida— enough tablets to supply each of the small town’s residents for over six months. In the past, both CVS and Walgreens have been embroiled in DEA allegations and federal investigations into inadequate record-keeping and diversion regarding the filling of fake prescriptions. These investigations were only dropped after both companies paid large sums to resolve the infractions, with Walgreens paying the DEA upwards of $80 million.

What Does This Mean for Prescription Addiction Intervention?

Walgreens has declined to comment on the impending lawsuit, with representatives also choosing not to respond to emails regarding the civil case. Mike DeAngelis, spokesman for CVS, claimed in a statement this past Saturday that the lawsuit was “without merit,” and that the company trains and gives their pharmacists and assistants the proper tools to dispense controlled substances while detecting potentially illegal sales. The state is currently seeking a jury to conduct a civil case against both companies, as well as Purdue Pharma, the makers of OxyContin, Endo Pharmaceuticals, the makers of Percocet, and generic-drug manufacturers Teva Pharmaceutical. The state also recently passed new legislation designed to mandate limits on how much pain medication can be prescribed and distributed to patients. The introduction of the lawsuit is clear in its intentions to minimize the damages and deal with the root causes of the opioid epidemic— the defendants that “cooperated to sell and ship ever-increasing quantities of opioids into Florida.”