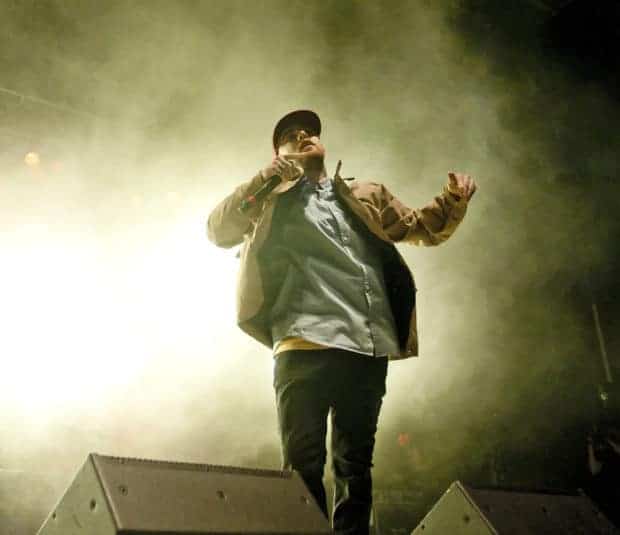 Recently, the LA County Department of Medical Examiner-Coroner released the toxicology report that confirmed the cause of Mac Miller’s death as accidental overdose on a mixture of fentanyl, cocaine, and alcohol. While the report indicates that there was not enough of each individual drug in his body to cause overdose, the combination of side effects from all three substances were ultimately what caused his untimely death. Often, fentanyl causes death by slowing down the user’s breathing to a dangerously low level, restricting airflow and preventing the body from receiving the oxygen it needs. Miller’s history of fentanyl abuse and subsequent death serves only to highlight and underscore the dangers of its rising mainstream use.

Fentanyl, a synthetic opioid historical used to treat patients with cancer, is said to be up to fifty times stronger than heroin and has been cited as the cause of death for other iconic artists like Prince and Tom Petty. Fentanyl also played a crucial role in the recent, near fatal overdose of Demi Lovato and claimed the life of rapper Lil Peep. As reported by the National Center on Health Statistics, 60 percent of opioid-related deaths in 2017 involved the use of fentanyl, an 11 percent increase from five years prior. Experts are led to believe that as of late, there has been a surge in the illicit manufacturing and mixing of fentanyl in other drugs like cocaine and methamphetamine that goes unnoticed by many users.

Miller’s tragic and unanticipated overdose prompted a necessary and overdue resurgence in the conversation about how society approaches the reality of addiction and recovery. Mac Miller’s fentanyl abuse had never been much of a secret. He had always been open about his struggle with substance abuse in the past, referencing it often in his music and addressing it in interviews. Unlike most other young stars who hide their addiction issues, there was a certain transparency that surrounded Miller’s struggles with addiction— he had an open history of abusing both prescription and street drugs. He often battled with his addictions, and had “slips” where he consumed in excess, relapsing as recently as three days prior to his death, according to his personal assistant. Miller often attempted to achieve sobriety and rejected the image of a drug addict that the public had assigned him, stating that nobody could truly understand his fight with addiction, and that “No one’s ever going to really know me.”

Miller’s passing encouraged other stars to share aspects of their own recovery journeys in order to help dispel the social stigma surrounding the issue and to encourage their fans to seek out help if they need it. Trap rapper Lil Xan recently joined the ranks of celebrities speaking out about their recovery, stating that he wasn’t surprised that fentanyl played a large role in Miller’s overdose considering “It’s always fentanyl and now they’re putting it in cocaine.” In order to continue his journey towards sobriety, the rapper isolated himself in a secluded wooded area in order to focus on himself and work on what he is calling his “Mac Miller tribute album.” However, many critics question whether the timeliness of the tribute album is in good taste, regardless of his good intentions.

We Can Do Better

Although many people’s initial responses were to try to pin the blame for Miller’s death on the people in his life or on Miller himself, it’s important to remember that addiction is first and foremost a disease and not an issue of willpower. In order to curb and eliminate the rising death toll from opioid-related incidents, we must cultivate a social climate that supports recovery and eradicate the stigma surrounding mental health issues. If you or someone important to you is currently struggling with substance abuse and addiction, reach out to Recovery Unplugged in order to take the first steps towards recovery and sobriety. Each day you deal with addiction is another day you gamble with the possibility of overdose. In Mac Miller’s words, “Overdosing is just not cool. You don’t go down in history because you overdose. You just die.” Get the help you need to enter fentanyl recovery today.