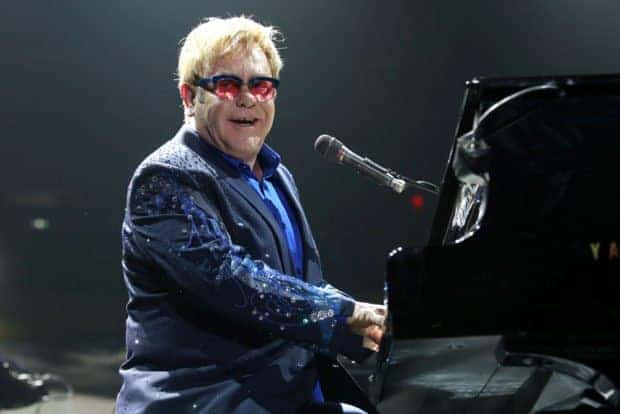 There was a well-documented time in the career of Elton John, during which his Rocketman moniker had a double meaning, representing both the smash hit that he wrote of that name, and is frequently intoxicated state for nearly 16 years. Now, with the impending release of his similarly titled cinematic biography, and with nearly three decades of sobriety under his sequined belt, Elton John is seemingly more candid than ever about his years of drug and alcohol addiction, his road to recovery, and his lasting legacy in the pop-music canon.

Although he has, for nearly half a century, been a larger-than-life presence on stage, commanding the attention of hundreds of thousands of people at a time, John’s unflinchingly humanizing accounts of his life of addiction are similar to moments through which many of us can, and have, seen ourselves or our friends go when using, proving once again that addiction is the great equalizer.

A Common Path for An Uncommon Man

Elton John has stated that his drug and alcohol addiction began primarily as a means of gaining confidence and breaking out of what he calls his shyness and reserve when he was offstage. He started using cocaine to be more outgoing and soon found himself ensnared by a variety of substance use issues, including alcohol, marijuana and more. His addiction severely affected his career, his sleep, his eating habits, his relationships and his quality of life, even leading him to the edge of death. Of his cocaine addiction, the singer has said: “I mean, I would have an epileptic seizure and turn blue, and people would find me on the floor and put me to bed, and then 40 minutes later I’d be snorting another line.”

Elton John admits to naivety surrounding drug and alcohol addiction, and has said that he didn’t fully grasp the consequences. Although very few will ever have a number-one hit, a platinum record, or a fan base in the millions, John’s path to addiction, his initial lack of understanding of its impact, and its costs are all things to which many in the recovery community, and those who are still actively using, can closely relate.

Elton John said he started retreating from drug and alcohol addiction and pursuing sobriety after meeting Ryan White, the American teenager and hemophiliac who contracted AIDS from a contaminated blood transfusion. White and his family gave John the inspiration to start his AIDS Foundation. Within six months of White’s death, John stopped using substances and has been clean since. John continued for years to struggle with addictive personality traits not related to alcohol addiction, something with which many in the recovery community can also identify. When he was sidelined by near fatal illness in 2013, he began to reevaluate life and slow down. Rocketman hits screens on May 31st and appears to tell the entirety of John’s story, from the ordinary to the extraordinary.