TMS Therapy : An Innovative Way to Heal From Depression and Anxiety

We accept most major insurances
Free, No Obligation Insurance Verification

TMS Therapy at Recovery Unplugged: Helping You or Your Loved One Overcome Depression and Addiction

Therapies like TMS, when offered alongside other treatment elements as a comprehensive treatment plan, can help you or your loved one effectively manage the mental health issues that have led to and sustained your alcohol or drug use. Recovery Unplugged offers TMS therapy in Florida, Texas and at all of our locations throughout the United States.

Recovery Unplugged has partnered with trusted and reputable TMS therapy innovator BransWay to offer what is called deep TMS therapy. BrainsWay offers a more in-depth and comfortable form of TMS therapy through state-of-the-art and ergonomically friendly equipment. Their FDA-cleared devices have also proven effective in the treatment obsessive-compulsive disorder (OCD) and smoking cessation. BrainsWay is distinct from other types of TMS treatment provider due, in part, to the unique and patient-friendly architecture of its H-Coil, which designed to maximize electrical stimulation of deep brain regions. The coil is designed to comfortably accommodate all head sizes and offers convergence of numerous electric pulses from various directions.

If you or someone you care about is struggling with co-occurring depression and addiction, you already know how hard life is. Maybe you’ve wanted to get treatment, but just can’t seem to find the motivation to move forward; maybe extreme lows are forcing you to self-medicate with alcohol or drugs; maybe you’re locked in an endless cycle of dysfunction and negative reaction. Whatever your addiction and depression have cost you, TMS therapy may be an effective pillar of your treatment and recovery. Recovery Unplugged is committed to helping you or your loved one overcome this devastating co-occurring health threat so you can reclaim your peace of mind, mental health and quality of life. Contact us today at (855) 754-7793 to start your treatment and start fighting back against your depression and addiction. Our representatives are standing by 24-7 to help you take the first step. 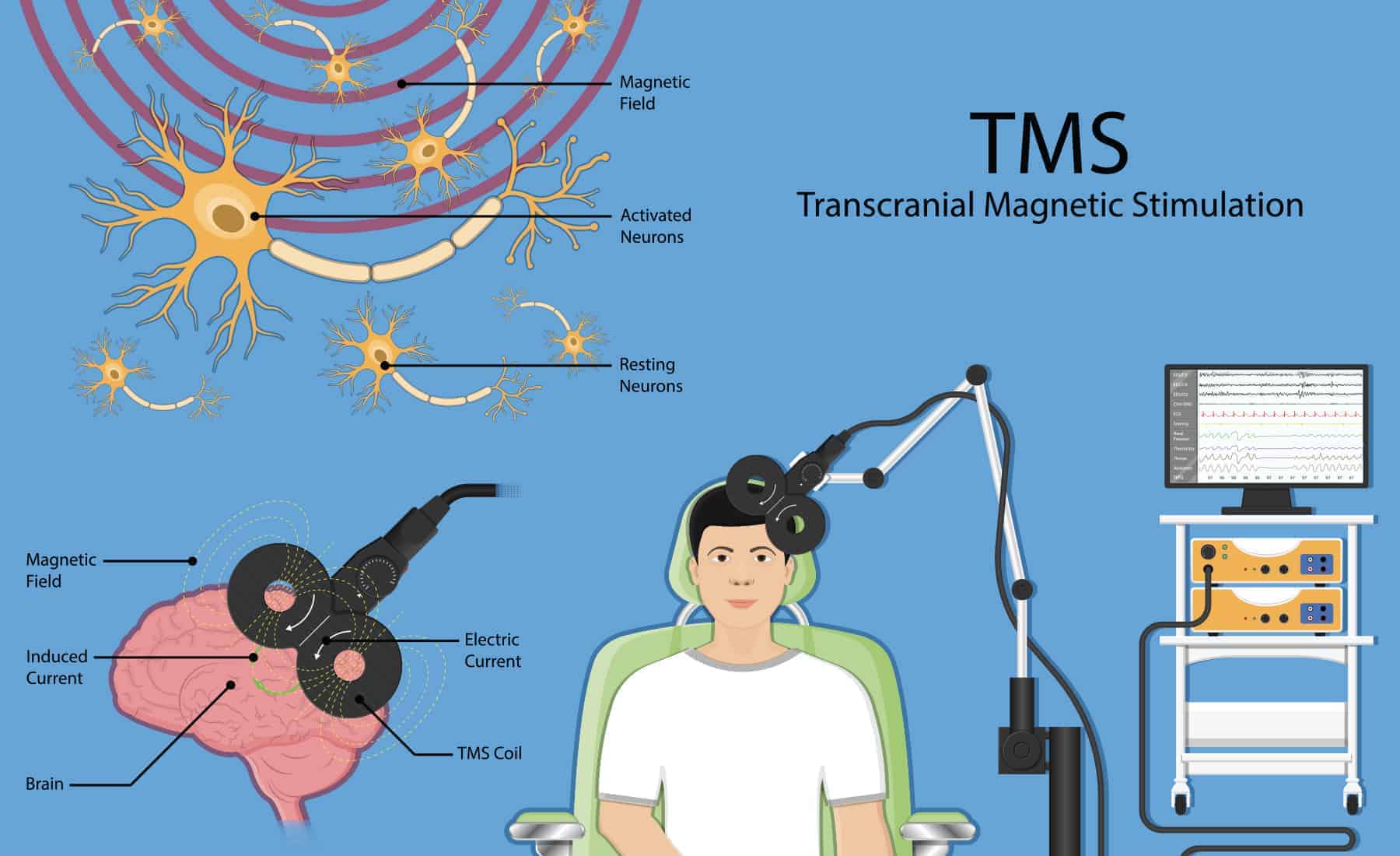 Help is Waiting for You
Feel Better Today

Recovery Unplugged clients maintain long-term recovery (one year or longer) at a rate of four times the national average.

Our clients experience early AMA (against medical advice) discharges at a rate five times lower than the treatment industry average.

Nearly all Recovery Unplugged clients report a positive, rewarding and fulfilling treatment experience and say they’d recommend our programs to others who need help.