I was living in this godforsaken town called Lubbock, Texas, in the northern panhandle of Texas. They didn’t even have a bank in town. I was there chasing a guy I was infatuated with, so I went to live with him and his girlfriend. As weeks went past, I started using more and more and eventually got into a huge fight with him over nothing because I was super barred out and super drunk and high on meth. I was just trying to pick a fight with him, and eventually I got kicked out because we had this whole confrontation.

I was homeless, sleeping behind this Target. I met a security officer there and he was pretty cool, he said I could sleep there. I would use this sleeping pad because I had actually gone up there straight from a music festival where I was camping out. I would just lay out a sleeping bag and I slept there for a couple of weeks.

One day I was desperately in need of drugs, but I had to withdraw money from my bank account. So I drove like two hours to get to the next town, which was like a ghost town, and the bank was closed. I wasn’t even able to get any money. Eventually I was like “This is awful, I can’t do this anymore.” It was a college town, but I wasn’t there for school, I wasn’t enrolled or anything. 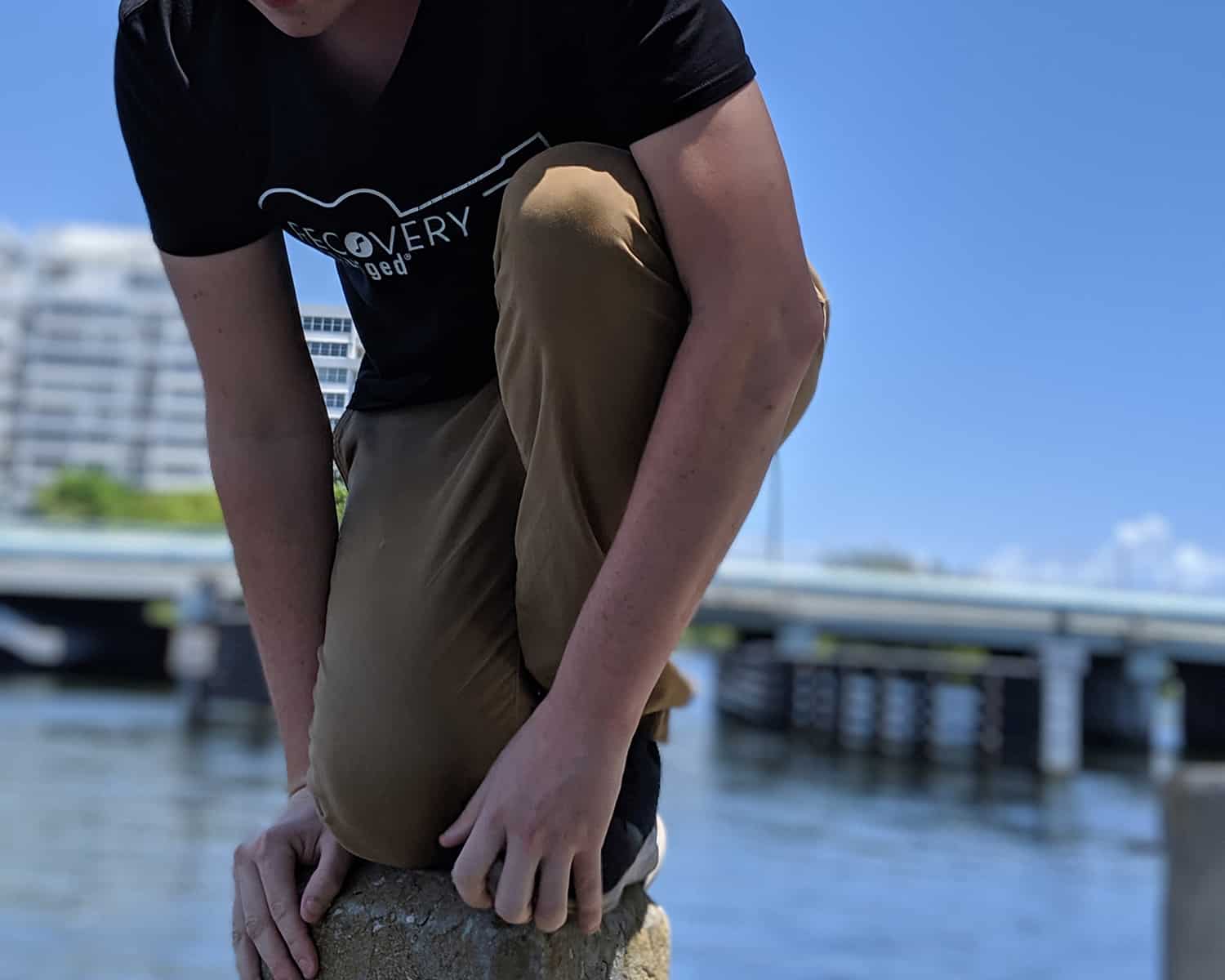 Because meth is pretty big in the gay community, I had started doing a lot of meth and poppers and all of that stuff. I would meet up with dudes on Grindr and smoke meth at their houses, which is actually how I smoked meth the first time. I wanted to see what it was all about and try it. But every time I met up with someone from Grindr it was a sketchy meeting scenario, like real sketchy. Some people offered me GHB a couple times and I always took it for the hell of it. During the time I was homeless, I was just hitting up different guys on Grindr trying to get meth, and they would smoke me out. They would always try to take advantage of me but I was never down. I smoked a whole bunch of meth with creepy strangers, creepy older dudes, and then I was like okay, I’m going back to Houston. I drove the twelve hours back to Houston and my friend’s dad let me live with him again, because that’s where I was before I went to the music festival.

I had started building the perfect lifestyle for being a hard drug user, never having to talk to anyone and isolating myself inside my house. I was living alone at the time, so I stayed in the house, put newspaper all over the windows and just started isolating. I worked at this Sex and Smoke Shop from 11pm to 8am, so basically everything I was surrounded by was drug paraphernalia. I was mostly selling meth pipes and crack pipes. I was constantly getting high and getting meth from customers, just asking them for it because they were coming in and buying meth pipes, so obviously they had meth. My neighbor was really into PCP and around that time I had bought like an ounce of mushrooms and a gram of molly, and I was going really hard and drinking every night. I just kind of rolled around in the house for a week off of all those drugs and never really went outside. I was too afraid to go out of my back door because my neighbors would see me. Eventually I started stealing from the Sex and Smoke Shop. I was just stealing like thousands and thousands of whippets, and after all of that meth and molly I started getting emotionally frail. One day I had to go into work and I smoked some PCP with my neighbor and I was real strung out, and I went into work and I told my coworker I couldn’t work there anymore. I broke down crying to my manager and I was like, “I can’t, I’ve gotta go to rehab.” I was gonna go to this other rehab but it had nothing to do with music, and at the last minute I typed in “music rehab” on Google, and found Recovery Unplugged. So I called this place, and I talked to the Director of Admissions, Rachael, and then decided I was gonna go here. I told the other rehab that I was going to go here, and they told me to call them whenever I relapsed. The next day I flew here and I went to detox, and I’m glad I did because if I would’ve gone to that other place it would’ve sucked and not have been fun, and I would probably be using right now.

We have to try and remember why we wanted to be sober. That’s what I do. Sometimes I’ll glamorize getting high, but then I remember when I was high, I wanted to get sober and I just had to break the cycle. It’s different for each and every person. I needed a lot of space from my family, I didn’t want them contacting me and it took me a while to warm up to contacting them. Just be supportive.