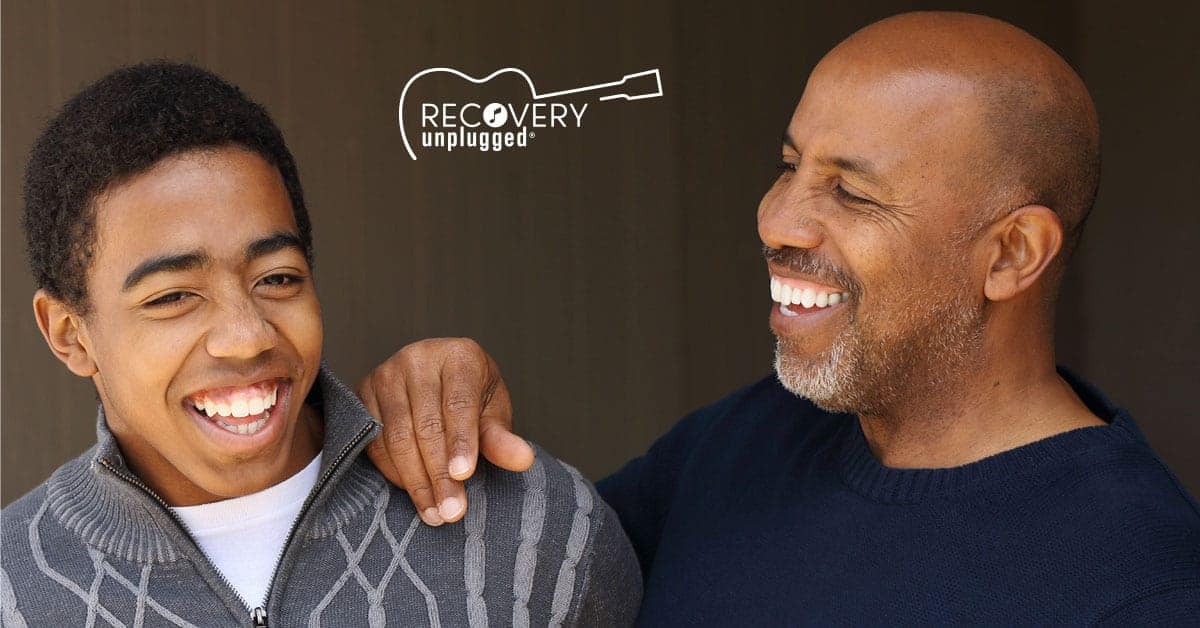 As a parent, it can be easy to feel helpless when you see your child struggling with things that are making them unhappy. When all you want is for your child to be happy and healthy, it can be excruciating to be unable to help.

It can be hard to come to terms with your loved one’s drug abuse, especially when it’s someone you’ve watched grow up. It’s easier than we think to deny and cast a blind eye on our loved one’s unhappiness. This can be especially true with those who are closest to us.

For I Want You to be Happy Day, we decided to interview three parents whose children are alumni from our program. Each of them shared when they first realized their child was unhappy, and the journey towards achieving happiness with treatment and recovery.

Kathleen and Her Son Daniel

It wasn’t until Daniel was about twenty-one or twenty-two when Kathleen noticed that her oldest son was deeply unhappy. While there were a lot of small instances that led up to this realization, Kathleen hadn’t been ready to recognize his unhappiness.

Daniel was in college when she began to notice that his behavior had changed. She realized that he was out of control and that there was a lot of anger that he was struggling with.

At first she didn’t believe this unhappiness and anger stemmed from drug abuse. She tried playing it off as a result of head injuries he had sustained from football. Daniel had been so against drugs his whole life that she thought it was unlikely that he had a problem.

Although it might have made them both unhappy at the time, Kathleen knew it was the right decision. Daniel would board himself up in his room and use, and Kathleen knew she couldn’t enable that. In the long run, asking Daniel to leave would make them the happiest.

“He wasn’t living anymore,” Kathleen said about her son, who she affectionately calls Danny. “He was being reclusive and neglecting himself. He wouldn’t shower, he wouldn’t participate in life anymore. There were no pictures of him from that time because it was like he didn’t have any existence. There were just so many lies that he was telling during the depths of his drug abuse.”

Peace didn’t come to Daniel until he finally surrendered and acknowledged that he was an alcoholic. He had to accept that drugs had become an overwhelming issue in his life to finally get to the root of his unhappiness.

“He excels and I see him shine when he’s helping others,” she said when I asked her what would make him happiest now.

“Danny always strived to be his best, and I would always tell him, ‘You’re right in the middle of your story,’” she said to me. Kathleen believes with all of her might that being sober is exactly what her son was meant to do. Daniel comes from a “long line of alcoholics,” and Kathleen herself has been sober since 2016.

“He was looking his whole life for where he belonged, and once he got sober he found it,” she said as we ended our conversation.

Ramona and Her Son Chace

When he was about fifteen, Ramona realized that Chace was struggling with deep-rooted unhappiness. In this case, Chace’s unhappiness manifested when he began isolating himself from his family and rebelling.

When Chace was sixteen, Ramona candidly shared that she and husband began struggling with a disconnect in their marriage. While she doesn’t know to what extent this may have impacted Chace, it was around this time that Chace’s behavior became unmanageable.

Chace started to come home loaded with drugs, and although she was aware of it, Ramona struggled to communicate with her son. That’s when Ramona realized that Chace’s unhappiness was rooted in underlying issues, and she began looking at treatment options.

Chace’s first experience at a treatment center furthered this unhappiness within him. It wasn’t until he began treatment at Recovery Unplugged that Ramona finally saw some happiness shine through Chace again. Although recovery is a long process and Ramona believes that more independence will lead to more happiness, she’s proud of how far Chace has come.

“He has a better idea of who he is,” she said in her Southern accent during our phone call. “He doesn’t need to rely on others anymore.”

Edward and His Daughter Emma

According to Edward, Emma’s unhappiness began manifesting in middle school after moving from a private school to a public school. She was unhappy with the circumstances that led there, and the situation deeply affected her. Communication as a family began breaking down as all these changes and transitions occurred.

Emma’s struggles with drugs and alcohol became apparent as she struggled in high school. Because of the disconnect and inability to communicate well as a family, it was hard for everyone to be on the same page.

It wasn’t until her junior year that her parents finally realized that school was no longer a priority for her. Somewhere along the way, her focus had instead shifted and singled in on drugs.

Because she wasn’t eighteen at the time, Emma’s options for treatment were limited. Things seemed to spiral as she attended her first treatment program, and for almost two years Emma was in and out of treatment. During this time, her parents felt helpless in their efforts to alleviate her unhappiness.

Finally, at twenty years old, Emma surrendered and asked her parents to help her find the right treatment program. That’s when they found their way to Recovery Unplugged.

“Her recovery is a huge source of happiness,” Edward said when asked about what he thought would make Emma happiest now. His voice radiated with pride. “Her recovery is a big thing for all of us. We can’t be too grateful because it’s a gift.”

Although Emma might not have her future figured out, she has a community encouraging her to grow in the right direction. Music and singing have always been big parts of Emma’s life, and she’s finally taking steps towards a life she can cherish.

Family has always been one of Emma’s priorities, and Edward feels as though they’re finally on the same wavelength. He was excited to share that she loves her dogs, animals, and her brother.

“I hope that Emma gets to do something for the world,” Edward said as we ended our conversation. It was obvious that her happiness brought him happiness too.