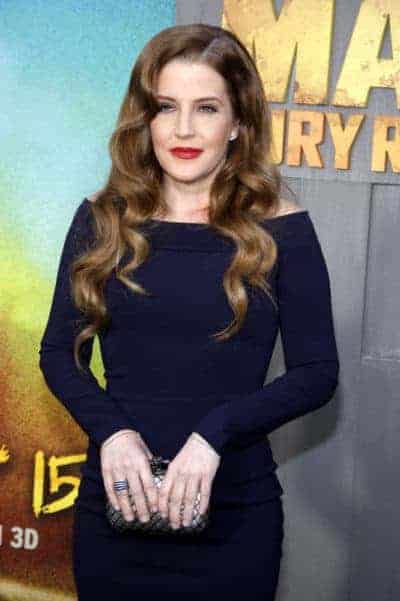 Lisa Marie Presley is no stranger to opioid addiction, the only woman who can be simultaneously described as the Princess of Rock and Roll (by birth) and the Princess of Pop (by marriage to Michael Jackson), the two most important men in her life had long-running and well-documented struggles substance use disorder, as did she, herself. In a forward she wrote for the book The United States of Opioids: A Prescription for Liberating a Nation in Pain by author Harry Nelson, Presley admits that she also feel prey to this public health threat that claimed the lives of over 47,600 people in 2017.

In her candid and entirely relatable writing, Lisa Marie Presley explains that she fell victim to opioid addiction after struggling to recover from the birth of her two daughters. She was given opioids for the pain and says: It only took a short-term prescription of opioids in the hospital for me to feel the need to keep taking them” due to their dangerous addictiveness.” Although she has led what can be safely described as an extraordinary life, Presley’s path to addiction is incredibly common. The Centers for Disease Control and Prevention (CDC) reports that Every day, more than 1,000 people are treated in emergency departments for misusing prescription opioids, most of whom started off with a legitimate prescription.

Presley describes her recovery from opioid addiction as: A difficult path to overcome this dependence, and to put my life back together, “ adding: “Even in recent years, I have seen too many people I loved struggle with addiction and die tragically from this epidemic. It is time for us to say goodbye to shame about addiction. We have to stop blaming and judging ourselves and the people around us…that starts with sharing our stories.”

Another unfortunately common element of Lisa Marie Presley’s opioid addiction is her late arrival to the proverbial party (pardon the use of the term) and the reluctance she felt to disclose her condition. She started abusing opioid painkillers at 45 and her therapist told her that it’s a miracle she’s still alive. Presley is not alone in her latent opioid abuse. Data from the Kaiser Family Foundation indicates that 10,207 Americans between the ages of 45-54 succumbed to fata opioid overdose in 2017. Despite these large figures; however, Presley and many others are still consistently reticent in discussing their struggles due to shame and stigma. “I had never openly spoken in public about my own addiction to opioids and painkillers,” she wrote. “I wasn’t sure that I was ready to share on such a personal topic,” she says.

Recovery Unplugged is thankful that Lisa Marie Presley is one of the the latest prominent voices in recovery to speak about opioid addiction, and want to encourage all who are struggling not to let shame or stigma keep them from getting the help they need.