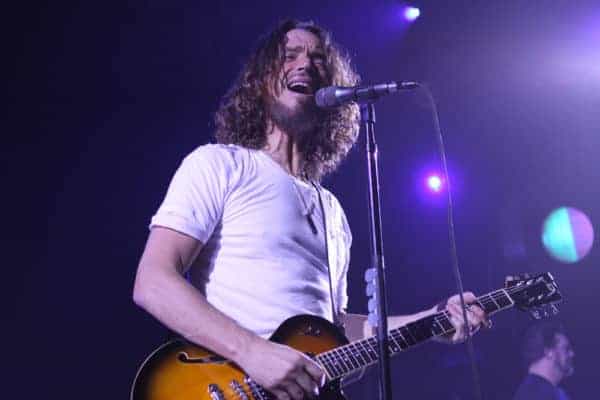 Recovery Unplugged is saddened to report the passing of one of the most powerful and distinct voices in rock and roll. Chris Cornell of Soundgarden and Audioslave passed away last night at the tragically young age of 52 shortly after a performance with his original band Soundgarden, the group that put Cornell on the map and became synonymous with early-90’s “grunge”. Cornell had been touring since April and his death comes as a complete shock to all, including his closest loved ones. His family said in a statement that they will be working closely with the medical examiner to determine the cause of this unspeakable tragedy.

Blessed with a powerful, distinct and once-in-a-generation voice that was loved by millions, the Grammy Award-winning Chris Cornell made the most of his gift by combining it with boundless live energy and thought-provoking lyrics. He began his career, like so many, in the Seattle rock scene alongside bands like Nirvana and Pearl Jam, the latter of which Cornell actually collaborated in Temple of the Dog. His life ended shortly after an exemplary set with a full encore at Detroit’s Fox Theatre. Cornell was extremely open about his past struggles with alcohol.  He frequently discussed the impact of his friends’ deaths from substance abuse, once saying: “I’ve lost a lot of young, brilliant friends, people that I thought were very inspired. They’re all young and these guys all had limitless potential in their lives in front of them.”

Recovery Unplugged extends our sincerest and most profound condolences to Chris Cornell’s family and friends, and urge all of his fans to keep his music close to their hearts. His death has left an irreplaceable vacancy in the rock and roll landscape; however, his works will endure as invaluable contributions to the canon of contemporary music. Rest in Peace, Chris. Thanks for everything.