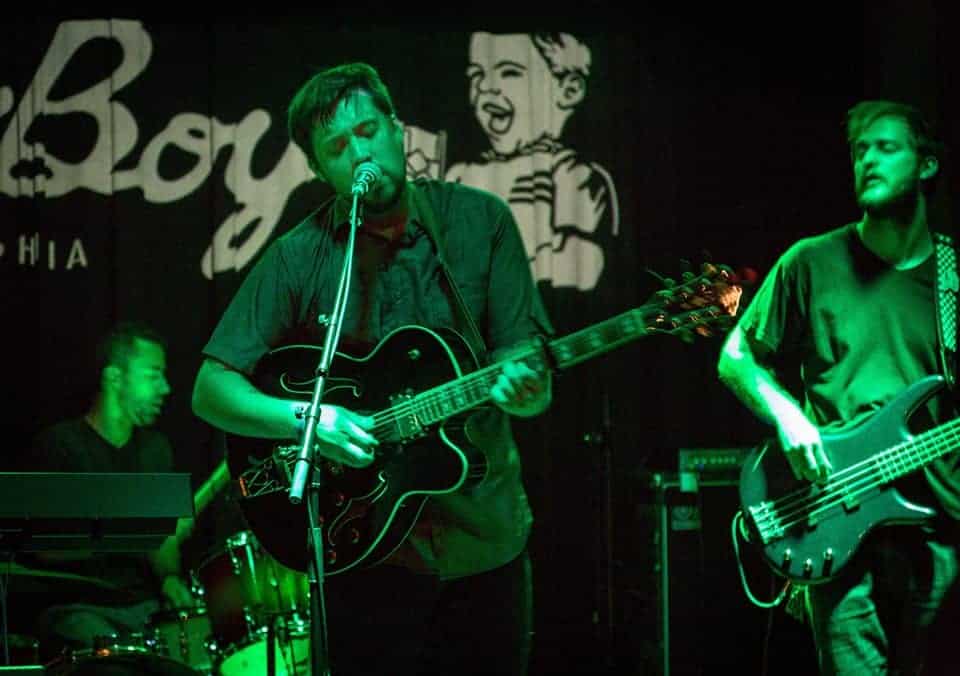 Music was Rob Tomlinson’s first drug. During a recent conversation with Recovery Unplugged, the vocalist and guitarist for Philadelphia’s The Post War Dream confessed to rushing home every day after school to listen to videos from MTV-2 that he had recorded off of his cable box. “It was my first taste of downloading music illegally,” he quips before going on. The son of a performing musician, and self-proclaimed victim of bullying, Rob taught himself how to play guitar, in large part, to establish an identity for himself: “I was so afraid of being alone and not fitting in.”

Rob is mindful of the role that his traumatic past has played in his substance abuse and insists that it all ties together with his addiction. With the assistance of influences like Weezer, Green Day and Blink 182, he took to the guitar relatively quickly; but was still at a loss for the identity he so desperately sought during his pre-teens. “I didn’t know who I was. By the time I got to high school, I mastered all these personalities so I would be able to kind of fit in wherever I went and I ended up finding alcohol when I was about 14.” It wasn’t long before Rob found a perverse comfort in a world that regularly combined music and substance abuse.

As it often does, time quickly put an end to the party. With high school over, and the next phase of his life looming, Rob began to spiral out of control: “As I got older and I graduated high school, things got really bad really quick. I thought I was a rock star before I was a rock star. I was living in a fantasy world.” Soon Rob developed an unhealthy love affair with prescription painkillers. He describes his first experience with Percocet: “I fell in love with it. I thought that I could feel like this all the time and nobody would say anything.”

Money and access to prescriptions soon dried up and it wasn’t long Rob made that tragically common leap to the cheaper and more readily available heroin. Addiction completely took over Rob’s life, to the detriment of everything else, including music. “I stopped playing music because I was too focused on getting high all the time. I hated myself so much that I never really had time to play music or write. Getting high was a lot of work. I never had time for anything else because I had to indulge in hating myself all the time.”

For a long time after he found heroin, Rob’s life fell into steep decline. He was kicked out of his home and had experienced near-fatal overdose. He credits his first treatment facility with rekindling his love for music. “It was the first time that I’d picked up a guitar in probably three or four years. It was this really shitty acoustic guitar. It was barely playable but I was just so obsessed with trying to make it work.” Eventually Rob did make it work and people started to respond. He entered his treatment facility’s talent show, an experience he has never forgotten: “It was the first time I had played in front of people clean in years. And I thought that this was exactly what I was supposed to do.”

After about a year and a half of sobriety, Rob eventually relapsed. He points to lax post-treatment recovery habits as a driving force behind his setback: “I like to tell this story because I think it’s important. I thought that I could just play at bars and not go to meetings because I wasn’t getting high. People, places and things are a big part of my story. I was dating a girl who basically said it was ok to ‘just drink’ and that was all I needed to hear.” Three days later, Rob’s substance abuse was back at full volume. During his second period of using, he was treating people way worse than he ever had, and confesses to RU that he was basically just waiting to die.

Eventually Rob found his way back to treatment and recovery. He credits the love and support of the community with his ongoing success. He had stopped “chasing the dream” to focus solely on his recovery. Not everyone, however, was happy with Rob’s decision to seek recovery for a second time. He was met with scorn and ridicule from the band he was in when he disclosed that he could no longer give himself to that lifestyle. He knew that he had stay out of bars and similar venues to do the necessary work on himself to achieve and sustain lasting sobriety.

Four years after making that effective, albeit painful choice, Rob enjoys music in a much more meaningful and fulfilling way: performing for patients at the treatment facility where he currently serves as an activities coordinator. “I run groups based on spirituality and music. I bring in musicians who are in recovery every single weekend and they tell their story.” Rob ends the conversation with expressing his admiration for the Recovery Unplugged mission. Given the way he has used to music his love of music to help others, and how amazing The Post War Dream is, we readily and gratefully accept his support.

The Post War Dream is currently recording a full-length album. They will be playing PAFA’s After Dark Series on February 15th and the Barbary on March 9th. Listen to their track “Fading In” now.