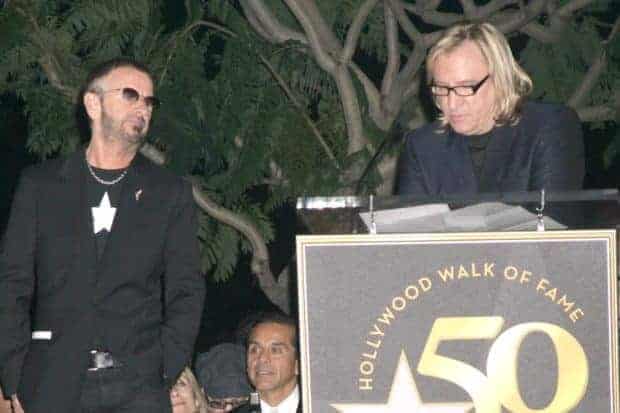 We can all imagine a scenario in which we’re listening to a collaboration between Ringo Starr and Joe Walsh and saying, however hyperbolically, that the track “saved our lives”—the raw materials are certainly there. Now millions of Americans and their loved ones may get that the chance to say that, but under slightly different and more literal circumstances. The Beatles drummer and Eagles guitarist are on a mission to end addiction in America, a mission that they discussed extensively with Rolling Stone. Walsh was recently honored for his activism in the addiction recovery community by both the nonprofit Facing Addiction and the National Council on Alcoholism and Drug Dependence (NCADD). Presenting the joint award was none other than Ringo, himself, who also happens to be Walsh’s brother-in-law.

A Place of Painful Experience

During the interview, Walsh and Starr discussed at length their personal journeys toward addiction, their paths to recovery and the broader substance use cultures and threats faced by musicians past and present as well as the scope of American drug addiction. Although the two have decades of sobriety under their belts, they remain ever mindful of the specter of relapse and continue to take their recovery seriously. They also discussed how difficult and jarring it could be to relaunch a musical career and sobriety and the fear they faced when taking the state for the first time in long-term recovery. Starr and Walsh are now working together to relay their experiences and act as de-facto cautionary tales and subsequent inspirations.

Recovery and Fulfillment: The Opposite of “Mutually Exclusive”

In a painfully candid portion of the interview, Walsh disclosed that he was prepared for the reality that he’d never write or perform if doing so jeopardized his recovery. Fortunately for Walsh, as well as his legions of fans, this bargain didn’t have to be made. Still, these choices are similar to those faced by millions of those impacted by American drug addiction: “Will I be the same ‘fun’ person I was when I was using?” “Will I be able to function without drugs or booze?” “What will I do with myself in recovery?” While it can be hard to predict the future, one thing is for certain is that the conclusion to untreated addiction is a devolution of declining health, indignity and ultimate loss of life.

Walsh and Starr are walking representations of the enduring promise of addiction recovery, and how life can truly begin once we’ve made the choice to seek treatment. We’ve listened to their songs; perhaps it’s time to listen to their words.