Examining the Link between Addiction and Suicide 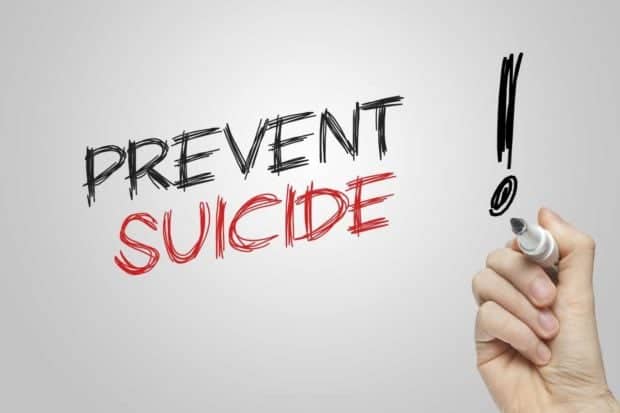 Examining the Link between Addiction and Suicide

On the heels of the apparent suicides of fashion designer Kate Spade and chef, author and television host Anthony Bourdain, the United States has become engaged in an immediate dialogue about this increasingly common mental health issue. The deaths of these two cultural figures, along with the dozens of others who took their lives last week, coincide with a new and alarming report released by the Centers for Disease Control and Prevention (CDC) four days ago. The agency reports that between Multiple populations face heightened vulnerability to suicide on a daily basis, including those suffering from mental illness and chemical dependency. The link between addiction and suicide has been well documented.

A Closer Look at the Correlation between Addiction and Suicide

Depression is the leading risk factor for suicide; right behind it are drug and alcohol addiction. Research suggests that those suffering from substance use disorder (SUD) are more than six times as likely to take their own lives than the general population.  Another study indicates that alcoholics have a 500 percent greater risk of suicide than non-alcoholics. Addicts often use drugs and alcohol as a mechanism to initiate suicide. Roughly 33 percent of people who die from suicide are under the influence of drugs, typically opiates such as oxycodone or heroin, or alcohol. Poisoning is the third-leading method used in suicide deaths, and drugs make up 75 percent of suicide deaths due to poisoning.

What Drives Addicts to Suicide?

There are multiple factors that can drive addicts to take their own lives. In addition to the constant and enduring struggle to stay clean even under the best of circumstances; the strain that substance abuse can put on familial relationships, finances and overall quality of life can often be too much to handle. Even if a person does manage to get and stay clean, they may not feel as though they have any life to go back to. Up to seven percent of those diagnosed with severe alcohol use disorders die by committing suicide each year. Around half of opiate users, including those who use heroin, report having experienced depression at some point in their life.

How Can We Stem the Tide of Addiction and Suicide?

Addressing addiction-related suicide must occur on a macro and micro level. Treatment resources must be expanded to help vulnerable populations; however, the most immediate and significant changes can occur in our homes and neighborhoods. If we see a friend or family member struggling with addiction, we must assume that eventual suicide is a very real possibility. Recovery Unplugged would like to remind anyone who is experiencing thoughts of suicide, whether they’re in recovery or not, to seek assistance from a loved one or a mental health professional.