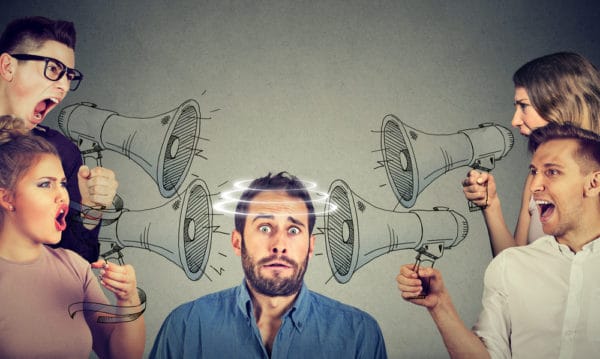 Election stress disorder: yep…it’s a real thing, and if you allow it to, it can take a serious toll on your mental health. Election stress disorder can be characterized by chronic and persistent stress related to the election cycle and politics in general. Experts say it’s exacerbated by entrenched partisan politics and a 24-7 news cycle that has turned the United States Election Season into an 18-to-24-month event on average,  compared to just a few months as it was in the past.

Election stress disorder  goes beyond just being fed up with politics and blanketly declaring our country “corrupt” or a “lost cause”; it can affect your ability to work with colleagues, get along with your family and even lead to self-medicating with alcohol and other drugs.

Clinicians who spearheaded the theory of election stress disorder assert that Election Season appeals to the “toddler brain”, meaning an overtly emotional, binary line of thinking that uses toddler-like coping mechanisms, like avoidance, denial and blame—sound familiar? Steven Stosny, Ph.D, principle architect of the election stress disorder hypothesis says: The body can’t distinguish kinds of stress very well, especially when blame, denial, and avoidance are used as coping mechanisms. If you get peeved at something a candidate says, you’ll tend to look for oversimplified solutions at work, drink more, drive more aggressively, and suffer the physiological and mental effects of general stress.”

How Can I Avoid Election Stress Disorder…Is it Even Possible?

Since last election (when the theory of election stress disorder was introduced) let’s just say…a lot has happened, and it may be making you more anxious and stressed than ever. It may seem like politics and the contentious vitriol associated with them are inescapable, but they’re not. Here are some things you can do to stay informed and sane during these admittedly tumultuous political times.

Put Down the Phone

Let’s face it: election stress disorder begins with your phone. Even as you read this, you’re probably getting bombarded with emails, texts, tweets and a barrage of other politically saturated engagement messaging. You’re not going to miss anything (other than a possible headache) if you disconnect and limit your political media consumption to one to two hours per day. Check your phone once in the morning, afternoon or evening to get caught up, and then unplug again. Don’t go to bed thinking about politics and risk not getting any sleep.

People are People…and You Can Ignore Them

We all have people who we love but with whom we don’t always, or ever, agree. We do not have to meet every person whose opinion offends us on the field of battle. Arguing with everyone about everything does nothing but increase your stress and drives a further wedge between you and the people that you care about most, or at the very least, can’t avoid. If someone wants to discuss politics, and you don’t see it going that well, say something like: “Hey listen, I’m a little fatigued and would rather not talk about it right now.” If they keep pressing, you can push back.

Fill Your Life with Something Healthier

Spend time with friends and family, get fresh air and exercise, eat delicious food, listen to great music, hug dogs and do ANYTHING other than think or talk about politics. At the end of the day, you’re still in charge of your life, including what you engage with, what you hear and what you know and learn. You’re under no obligation to give yourself to a 24-7 news cycle or an increasingly tribal political climate.

I Think I Have Election Stress Disorder…Now What?

If you find that you’re struggling with the anxiety and stress associated with election stress disorder, try to use coping mechanisms similar to those you’d use to fight general anxiety. Talk to understanding loved ones, see a therapist, practice mindfulness and engage yourself with the good things in the world. One thing you should definitely not do is turn to drinking or drug use to escape. You don’t have to let a tense political climate drive you to substance use. If you’re in recovery, you can use the coping tools you already know to prevent relapse. Remove yourself from stressful situations, continue to build a better life in recovery and insulate yourself from what you know to be triggers.

When Election Stress Disorder Leads to Substance Use Disorder

If the stress over the toxic political climate is taking a toll on your mental health, and causing you to self-medicate, Recovery Unplugged is ready to help guide you toward sobriety, peace of mind and lasting mental health. We offer medically supervised detoxification and comprehensive behavioral rehab to help you reclaim your life from substance use disorder. We also offer dual diagnosis treatment programs to help you or your loved one cope with co-occurring addiction and mental illness. Contact us now.