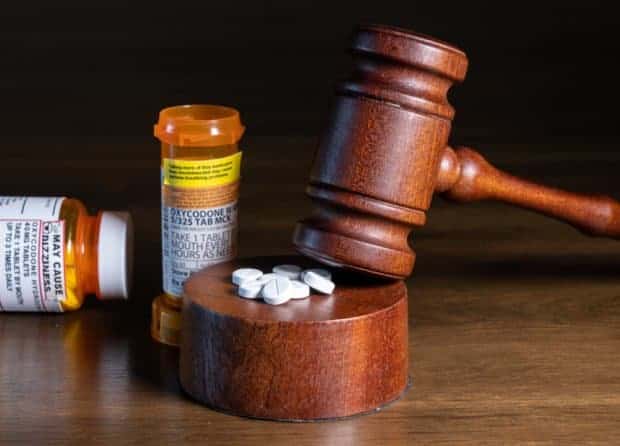 Drug makers AmerisourceBergen, Cardinal Health, Teva and McKesson will pay a combined $260 million to Ohio’s Cuyahoga and Summit counties. The settlement is the latest in a series that have put drug makers on notice for their role in spreading American opioid addiction. The two counties have been torn apart by the crisis, reporting a combined 996 opioid overdose deaths in 2017. The state of Ohio had he second-highest rates of overdose in the country that same year.

Like other plaintiffs, they claim Big Pharma has aggressively marketed these drugs while downplaying the risk of addiction. Funds from the settlement will go toward treatment, prevention and opioid addiction education. Teva, specifically, will contribute $20 million in cash and $25 million worth of generic Suboxone. The settlement came just hours before the case was about to go trial.

Part of An Ongoing Battle Against Opioid Addiction

Although billions of dollars have been paid out to plaintiffs, not one of these cases have actually gone to trial. Critics of these settlements claim that pharma companies are throwing money at the problem to avoid any statement of wrongdoing. Drug makers continue to deny any culpability.

Big Pharma is still facing over 2,600 opioid addiction lawsuits across the country. States are currently working with five major drug makers to settle these cases in a massive deal that could be worth up to $48 billion. Prevention advocates are hoping the proposed settlement will set national standards of culpability and resolve. Right now, it’s just a plan.

What’s Missing in these Settlements?

Aside from escaping any admission of wrongdoing, the most recent settlement seals important documents that show pharma companies’ role in the opioid addiction crisis. These arrangements shield drug makers from accountability and allow them to use money to escape blame. One silver lining is that money from these settlements are strengthening opioid addiction treatment programs. Recovery Unplugged remains committed to helping clients throughout the country overcome their opioid addiction, and reclaim their lives. If you or someone you care about has become addicted to prescription or illicit opioids, contact us now to get the help you need.