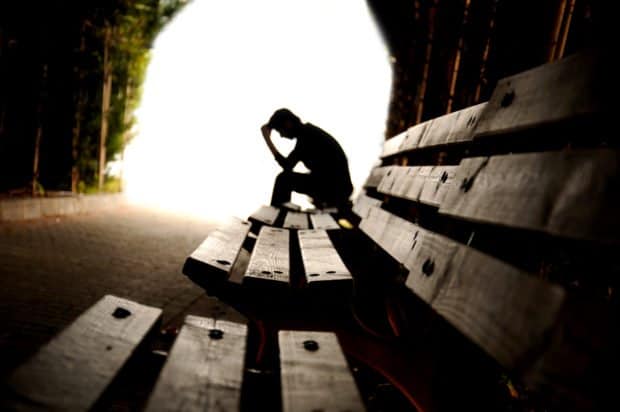 The American teenager has long been dogged by a stereotype of moodiness and melancholy. Very often these characteristics are dismissed as age-related issues, and chalked up to “hormones” or “just a phase” of adolescent development. While there is a fair bit of truth to this assertion, recent data from the Pew Research Center indicates that there may be something more pervasive and serious at play. The link between addiction and depression, as well as other types of mental health issues has been well documented. To that end, early detection of mental illness can be critical in curbing substance use disorder and guiding younger people toward lasting positive mental health.

To start with, 70 percent of American teens say that they see burgeoning mental illness as a serious problem among their peers. Over 40 percent say that bullying, drug addiction and alcohol abuse are serious problems where they live among the adolescent population. These alarmingly high rates of substance use put teens in these locales at higher-than-usual risk of co-occurring addiction and depression or anxiety. Some of the primary causes of these mental health issues include academic pressure, family dysfunction, pressure to fulfill certain appearance expectations and more. While these are common issues faced by many American teens, they can quickly snowball and lead to long-term depression and addiction.

The Substance Abuse and Mental Health Services Administration reports that those who begin abusing alcohol or other drugs when they’re 11 years of age or younger are significantly more likely to have multiple substance dependencies when compared to those who waited until they were 25 years and older, and in one study, found that 74 percent of adults participating in a substance abuse treatment program had initiated alcohol or drug use before the age of seventeen. Understanding and addressing the origins of these issues can help vulnerable teens avoid the future pitfalls of chemical dependency and the erosion of their health and quality of life.

Like other age groups, teenagers and adolescents face their own unique set of obstacles to quality addiction treatment and, unfortunately, these obstacles are very often personal. Stigma, fear and denial play a significant part in teens coming forward and asking for help. This is why it’s often incumbent upon parents, educators and mentors and other adult figures in their lives to intervene and assess the presence, gravity and threat of an issue. This involvement combined with access to treatment, ongoing counseling, primary medical care and proper medication management can make a significant difference.

In a climate where over 70,000 people are dying from drug overdose per year, one effective way to curtail fatality is to recognize and address the factors through which substance use and dependency take root. There are more avenues than ever for children to develop lifelong mental health issues; but there are also more resources than ever to help them overcome them and thrive.